Artists Interviews
In touch with Mikhail Rudy
The Explorer in Music
by Jenny Lee April 22nd, 2013 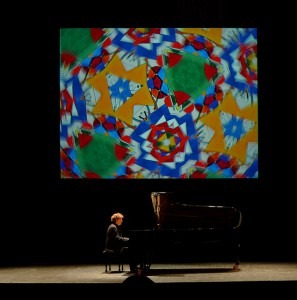 ‘Pictures at an Exhibition’

It is believed that artists who went through pain in life were often able to create work, profound and philosophical; Tchaikovsky and his Pathétique Symphony, Dostoevsky and his Crime and Punishment, Nijinsky and his Le Sacre du Printemps. Despite the difficult living conditions and later asking for political asylum in his twenties, the Russian-born French Mikhail Rudy has become not only as one of the world’s finest pianists, but also a writer, broadcaster, filmmaker and festival director. In his project, Pictures at an Exhibition, Rudy plays this much-loved work by Mussorgsky, while being accompanied by his own film based on Kandinsky’s stage design for the same work in 1928. Though he never ceases to explore and to take risks in the arts, in this interview, he tells you that family, friends and a good concert would make his perfect day.

JL: Regarding your project, ‘Pictures at an Exhibition’, at this year’s Hong Kong Arts Festival, how did it come about? What is the message behind it?

MR: I have been always interested in the link between music and painting, and more generally between different forms of art. In this particular case, it was very exciting for me to make the historical reconstruction of one of the most successful attempt to “art total”, by Kandinsky. The message, besides the incredible beauty of Kandinsky paintings and Mussorgsky music, is to propose a different way of listening to a familiar masterpiece and create an artistic shock.

JL: As a classically trained musician, how do you see the trend of multi-media production?

MR: We are living in an era where visual art is everywhere. It is the spirit of the time. I was always interested in bringing together art forms, but until recently I was feeling that there was not a huge interest in it. I notice for the last decade a major change in the way organisers and the audience react to this type of project. It may be the 21st century esthetics. 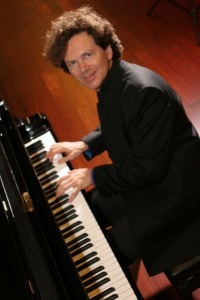 JL: I know you performed with jazz pianist Misha Alperin in a program called ‘Double Dream’. What fascinates you in the jazz world?

JL: Would you tell us about your experience working in theatrical shows, particularly in ‘The Pianist’, with French actor Robin Renucci?

MR: The relationship between words, literature and music is another passion. In fact, the adaptation of Szpilman’s book “The pianist” you mention, was produced in several countries and languages. I had the pleasure to do it in English with the wonderful actor Peter Guinness in the Hong Kong Arts Festival 3 years ago.

JL: You are also a writer and broadcaster. With so many hats, how do you find balance in life?

MR: I think artistic experiment is the most important aspects of my life, playing music. Still, I find time to spend with my very happy family, wife and two children. My older son, who is 13, is playing and composing pop ‘electro’ music. This reminds me of my own pop group in Ukraine when I was that age.

JL: What would be a perfect day for you?
MR: It would combine a very good concert with great friends and family.