Composers Love
Will you be my Slave?
Verdi and Giuseppina Strepponi II
by Georg Predota April 23rd, 2013
Tags: Verdi 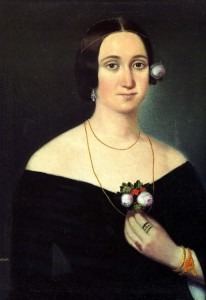 Without doubt, Giuseppina Strepponi must receive credit for Verdi’s first operatic successes. Her performances in a number of his early operas not only reaffirmed her vocal prowess and international status — even Gaetano Donizetti wrote the title role for Adelia especially for her — but she also put Verdi on the operatic map. Verdi quickly realized the advantages of this professional relationship, and tailored the role of Abigaille in Nabucco to the natural strengths of her voice. But it was not just professional interest that drew him closer to Giuseppina. Ironically, it was probably Bartolomeo Merelli — impresario, librettist and manager of La Scala, and more importantly Giuseppina’s current boyfriend — who brought them closer together. Shortly after the death of Verdi’s wife Margherita in 1840, Merelli encouraged the young composer to find solace in his musical craft. He even promised that given two months notice, he would produce any opera Verdi could deliver. Some time later, he handed Verdi the libretto for Nabucco and told him to get on with it. Once Nabucco was completed, Verdi approached Merelli and announced that the opera was ready for performance during the 1842 Carnival/Lenten season. 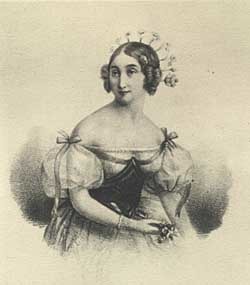 At that point, however, Merelli was already producing three different operas, and he refused to take on Verdi’s work. Verdi was furious and wrote an entirely spiteful letter to the impresario. In the end Merelli relented, but only under the condition that Verdi show the score to Giuseppina Strepponi. If she approved of the opera, Merelli would produce it. And so it came to pass, that Verdi at once made an appointment with the famous soprano and went around one afternoon to her house. “I played the score through at the piano and Strepponi, over my shoulder, tried a phrase here and there. She liked it and suggested to call on Ronconi, the baritone I wanted for the title role. We quietly rode together in a carriage to his house, and Roncini, too, was excited by my music.” Merelli was finally convinced, and the premiere was scheduled for 9 March 1842. By all accounts, Giuseppe and Giuseppina became lovers at some point during rehearsals, but it really might all have started during the carriage ride. Of course, Verdi knew of her past and her illegitimate children, however, he easily recognized that Strepponi was an independent artist who simply supported a family and career. What was more important at this stage of their relationship, however, was to cultivate a budding friendship; she even became his financial advisor. Nabucco was a smashing success and Verdi celebrated by traveling to Vienna and to Venice. Gossip often follows fame, and it was suggested that he had torrid love affairs with every lady he knew. Mme. Appiani, the Contessa Maffei, the sopranos Frezzolini, Antoinetta Del Carmen and Gertrude Bortolotti are most frequently mentioned, but Verdi simply remained tight-lipped. Verdi and Giuseppina continued to cross paths, but less frequently so, as she was taking a break from the stage in order to cure her failing voice. It is still not known when the two actually fell in love physically and spiritually, but they certainly were an item in 1846. 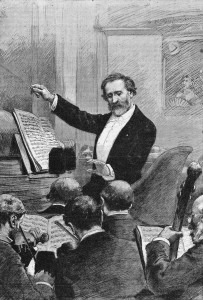 Verdi had stopped in Paris to oversee his production of Jerusalem — his first commission from the Opéra de Paris — and Giuseppina eagerly helped him to amend parts of the libretto. The vocal score published by Ricordi appeared with the dedication to “the distinguished singer, Signora Giuseppina Strepponi.” For a while they conducted independent lives. Strepponi, having ended her singing career, focused on establishing a singing school in Paris, while Verdi was fulfilling professional engagements throughout Italy. By 1848, however, they had officially set up house together in Paris. Giuseppina was exceedingly successful in her new teaching endeavors and entirely happy to be stationed in Paris, but for some inexplicable reasons Verdi wanted them to live in the town of Busseto, the home of his former and dead wife Margherita! According to legend, he wrote Giuseppina a glowing letter declaring his love. That letter was sealed, and she kept it unopened for the rest of her life. She frequently referred to it as “my most treasured possession,” and intended to be buried with it. When Guiseppina died, the letter could not be found. It was only discovered much later among her personal things. And in case you are wondering, the letter remains sealed until this day!