Giuseppe Tartini (1692–1770) took the already-lurid reputation of the violin and painted it with the colours of the dark side. Tartini was among the leading violinist/composers of his time and was based in Padua, Italy, where he founded an internationally famous school of violin playing. We remember him today for only one work: The Devil’s Trill Sonata, also known as his Violin Sonata in G Minor.

Tartini himself told the story of having a dream where the devil, in exchange for his soul (the usual fee), gave him a servant who answered his every wish. When given Tartini’s violin to see what he could do with it, the devil-servant played a sonata so sublime that the composer himself despaired of writing anything to match it. When he awoke, Tartini attempted to write down the ghostly melody and declared that what he wrote as The Devil’s Trill was but a shadow of the original.

The piece is in 3 movements, with a slow beginning before the fireworks of the final movement. 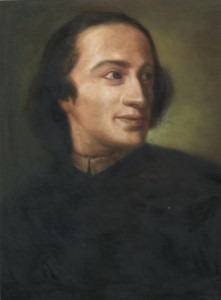 It is in the final movement that the performer needs to show off his skills. The technical demands include multiple stopping (playing multiple strings at once) and the trills of the title while, at the same time, playing a melody on another string. In addition, there’s a cadenza where the performer has his own chance to outdo Tartini’s devilish inspiration and create his own fiendishly difficult virtuosic addition to the work.