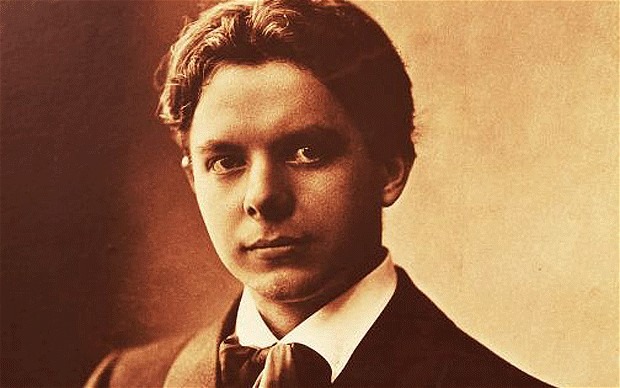 In all of classical music, there’s nothing quite as wonderful as a string quartet. Four voices but which produce a world of sound. In a letter to the composer C.F. Zelter in late 1829, Goethe described a string quartet as “Four rational people conversing.” And, as the audience, we’re delighted to be part of the conversation.

Joseph Haydn is called the “Father of the String Quartet,” although he certainly wasn’t the man who invented the form. He was, however, one of the greatest early composers for the String Quartet and wrote 83 of them. One of his most innovative collections was the “Sun” Quartets, not named for their sunny disposition but for the prominent sun smiling from the front cover.

The six Sun Quartets themselves are little gems that show so many of the varieties of music in the early quartet: first movements in sonata allegro form, minuets as either second or third movements, and final movements that, in three cases, are built around fugues (on 2, 3 or 4 subjects). Ethnic music shows up in the fourth quartet where the minuet is “alla zingarese” (in a gypsy style) with sharp accents and jagged rhythms.

From the violin-centered beginning, we start to change timbre and then the lower voices come to the fore, particularly in the trio. Each of the four members of the quartet comes forth and speaks.

By the time we get to Beethoven, the quartet has become darker and more introspective. The school friends we met in Haydn have gone to university and gotten into philosophy and existentialism. 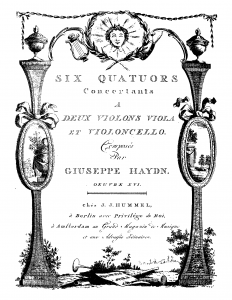 Each instrument still has a piece to say, but it’s more complex, more involved, than we saw in Hadyn. The slow dark opening is followed by a cello motif, which is then imitated by each of the others in turn, before the brightness of the Allegro seems like a shaft of light in the darkness.

Beethoven was taking on a genre that would have seemed to have been perfected in the hands of Haydn and Mozart but his contributions made it possible for the quartet to become a living art form. When we look at what the quartet became in the 20th century, in the hands of masters such Bartók, we see how far the quartet has come.

Bartók wrote only 6 quartets and they serve as milestones in the history of the quartet. Just as with Haydn and Beethoven’s quartets, Bartók’s provide an overview of the composer’s work at each point in his career. We see his interest in Hungarian folk music emerge in his Third Quartet (1927), but it’s integrated with an intense contrapuntal line equal to anything Beethoven constructed. By the time of his Sixth Quartet (1939), the individual voices are isolated, beginning with the opening played by the solo viola. All four instruments come together and then they seem to wander away, each on their own path. Yet, in the end, the result is like listening not to the discussion of the 4 rational people that Goethe knew, but a brain-storming session conducted by 4 brilliant experts, each putting forth their reasons and listening to the other’s arguments.

Although an old-fashioned genre, the string quartet remains one of the most satisfying.