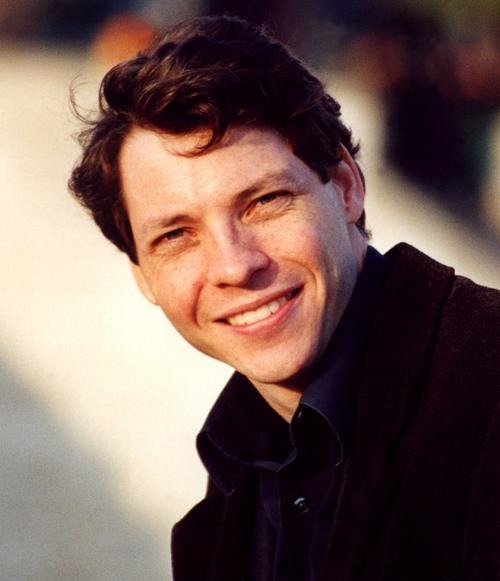 Glenn Gould’s performance on The Goldberg Variations has nurtured and inspired many generations of musicians ever since its first inception. To Swedish pianist Daniel Propper, the piece itself has brought him recognition and memories. A student of Tatiana Nikolaieva, Daniel has first been invited to perform The Goldberg Variations at The Salzburg Festival in 1990. Today, the Paris-based pianist has performed extensively as soloist and with fellow chamber music ensembles around the world. After recording the album “ L’Echo des Batailles “ with Forgotten Records on works by lesser-known composers, Daniel is planning to re-visit his previous repertoires again from a brand new perspective. Through the viewpoint of his current stage of life, Daniel looks back and shares with us the blessings that had guided all his way towards today’s achievement.

Being a descendant from a Viennese musical family, how did you spend your childhood? How was the education you received from your parents?

As a child I had always been surrounded by music: at home, during church services and in concerts. Growing up in Stockholm, I could still remember the great influence from my relatives in Austria who played music with utmost commitment. Their professional attitude had inspired me to give my best in music. My parents are very serious about my education- they would teach me in a gradual pace with an emphasis on the joy to learn, honesty and respect.

What has made you decide to settle down in France, instead of Sweden your birthplace?

Originally, living in France was not what I had planned for. It was the opportunity that had led me to stay in Paris and now I only return to Sweden occasionally. France is a fascinating country to discover. It is where you can experience a rich cultural life. As a foreigner, I face many challenges every day in Paris- but I like the feeling of overcoming challenges.

Although my family was based in Sweden, my parents had spent part of their youth in other countries: my father grew up in Austria and my mother in China and Japan. I believe that music has no borders. I could live in almost anywhere where people enjoy music as much as I do.

Could you still remember the emotion or epiphany you had when you first listened to J. S. Bach’s Goldberg Variations as a thirteen-year-old?

I was struck upon hearing Glenn Gould’s performance of the piece on disc when I was just thirteen. At that time I was working on the Partitas and the Suites myself. That was the moment when I realized there was so much power within a piece of music that the interpreter’s projection was very important. It certainly strengthened my belief in music. Undoubtedly, J.S. Bach was the foremost genius of such masterpiece.

How has the same emotion/epiphany transformed after you have given so many performances of the Goldberg Variations?

It’s funny how things have really evolved through life- and how appreciation and sense never converge exactly. I have become more and more convinced that great masterpieces have so much depth that there are always new ways to explore with and different perspectives to take. Although it’s always worth it to try to grasp the entire content of a piece of such caliber, we could never get hold of the emotion in the whole- certainly not in one single moment. However, let us not be frustrated because it only reveals how vast our universe is and how far humanity could extend- so that we will never have a reason to be bored! 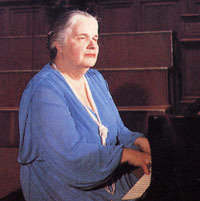 How do you observe the different stages of musical and stylistic maturity throughout your career as a concert pianist?

It is important to understand that we change physically and mentally with time. Once we accept this, we should learn to be flexible towards our body and mind. I think if you focus too much on the technical aspects, it would narrow down your mind and vision. Artistic sense matures with age- I think this stimulating challenge makes me look forward to getting older!

Having divided your time between being a soloist and chamber musician, which gives you greater satisfaction?

Ha-ha, this is a tricky question!
I am spending about two-third of my musical career performing as a soloist and the rest as accompanist for chamber ensemble groups. I’m glad to have the opportunity to have involved in many forms of music. Whenever I start to work on a piece, I would try to go into depth in understanding the vision of the composer- which often takes every single piece of their portfolio into account. In my opinion, neglecting any piece from a composer’s full set of work, whether it is opera, sacred music, symphonic work, chamber music or even just a solo piece, would keep us away from understanding his musical style and content.
Obviously, being a soloist is quite different from being a chamber musician- but I think a combination of both would definitely enrich a performer’s experience. The only disadvantage of being a soloist is that you could be blamed for any unsatisfactory performance- or perhaps the piano could take the blame.

How has Tatiana Nikolaieva influenced your music and life?

I’ve met many wonderful musicians who have contributed their time and energy to help me go through the different stages of my life. Tatiana Nikolaieva was one of the most exciting mentors I have ever had. Her musical interpretation was full of wisdom and charisma. I first met Tatiana when she was touring around the world in the late eighties- that was when I had just started my own performing career. Thanks to her kind encouragement, my confidence was boosted enormously. As a musician and educator, Tatiana possessed profound knowledge and mastery, together with a creative and passionate mind that was simply irresistible.

How do you aspire to influence others’ life with your music?

By continuing to follow my instincts and methods with honesty in my interpretations; and by respecting those who have transmitted their insight to me- I have always wanted these to come through in my playing and to be shared with my students and fellow musicians. In general, I want to touch the souls of many and to make them discover the beautiful facets of music.

After the Goldberg Variations and Beethoven’s 32 Sonatas, what would be the next big project to come?

After some of the bigger projects I have accomplished, such as the complete Lyric Pieces by Grieg, I’d like to focus on ideas less grand and to spend more time to re-visit some of my past repertoires. I would also like to perform more concerto repertoires, notably Beethoven’s and romantic concertos that I used to play. It would also be interesting to go further with the still rather unknown and rarely played pieces by Daniel Steibelt, of which I’ve recorded two pieces in the latest album.

If you hadn’t been a concert pianist, what would you have become more likely?

I admire all medical workers for what they do. I also would have liked to work as an architect but I have decided to become a pianist long time ago without any regret. Fortunately, as a pianist I am also involved in similar nature in the language of music- to build distinctive musical structures and to fill them in with meaning and emotions. A good concert can heal souls and encourage the well being of life.

Can you tell us a bit more about the recording of “ L’Echo des Batailles “, your encounter with the slightly “forgotten” composers ?

Yes, the full story about the project is mentioned in the album booklet. It is written by Olivier Feignier, a friend of mine based in Paris. He is a music enthusiast who also shares his passion with other art forms such as literature, fine art and history. He came across some of the original scores and presented to me his ideas on a project related to Napoleon. We started brainstorming on the project about ten years ago. Since most of the composers were unknown to me, I did plenty of research about the history. I was then very lucky to meet Alain Deguernel, founder of Forgotten Records, who encouraged me throughout the recording process and guaranteed an exceptional and authentic quality of sound. We also had great discussions regarding the interpretation as well as the lesser-known composers.

What are your other passions besides piano and music?

I like reading, visiting museums and watching movies. I also like outdoor activities such as cycling and other sports. Hanging out with friends is also important for me, as to balance with the long working hours alone fully concentrating on music. For me, life is a passion itself which blends in with the music in a marvelous way.