Sonata for 2 organs in G major 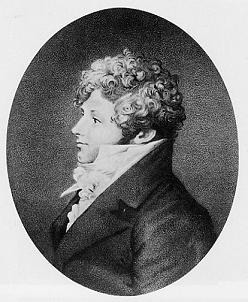 During the first half of the nineteenth century, the piano became all the rage as a powerful and expressive concert instrument as well as the parlor instrument par excellence. Technical changes in the construction of the instrument not only made the instrument attractive to amateurs at home, it also spawned a number of flamboyant personalities that crisscrossed the continent seeking to impress audiences with their virtuoso performance skills. And, of course, everybody claimed to be the best. The most popular way of settling the score — so to speak — was to engage in musical duels, generally held in the salons of nobility. We all know about the clashes between Mozart and Clementi, and between Liszt and Thalberg. So it was hardly surprising that a recklessly extravagant and extraordinarily vain virtuoso by the name of Daniel Steibelt (1765-1823) goaded Ludwig van Beethoven — who had arrived in Vienna as a celebrated piano virtuoso — into accepting a duel challenge.

In May of 1800, Steibelt traveled to Vienna for the sole purpose of destroying Beethoven, something he had already publicly announced in the months leading up to the encounter. The duel was held in the Palais of Count von Fries, with about 100 people present. It all unfolded according to convention, with each performer first performing a technically challenging composition. Beethoven played Mozart, and Steibelt played Haydn. The second round involved improvisation on a theme supplied by the rival, which Beethoven handily won. The final and decisive round demanded that performers should sight-read a new piece written by their opponent. Steibelt played Beethoven’s newly composed Piano Sonata in B-flat major, op. 22, and earned some deserved applause. Then Steiblet bend the rules somewhat by handing Beethoven not a piano composition, but a new sonata for cello and piano. Beethoven nonchalantly took the score and turned it upside-down, then sight-read it backwards and improvised on one of its themes for about 30 minutes. Steibelt was completely destroyed and humiliated, and walked out before Beethoven had finished. He refused to ever meet Beethoven again, and according to the composer Ferdinand Ries, “made it a condition that Beethoven was not to be invited where his own company was desired.”

Despite being humiliated by Beethoven, Steibelt’s powers as a pianist must have been considerable, and his colourful character never more evident. Born in Berlin, Steibelt initially studied with the renowned musician, composer and theorist Johann Kirnberger. He also joined the Prussian army, but deserted and had to flee the country. Staying undercover and constantly on the move, he spent some time in Vienna and Munich, where his Three Sonatas Op. 1 were published in 1788. He gave concerts in parts of Saxony and Hanover and permanently settled in Paris in 1790. He set a libretto based on Shakespeare’s “Romeo and Juliet”, which was successfully produced. Yet he quickly got into trouble with his publisher by disguising old works as new, and hastily departed for London in 1796. At Salomon’s concert series he first played his celebrated Third Concerto, and composed the opera “The Victim of Constancy” for Covent Garden. While in London he also got married to a young Englishwoman, who was a skilled performer on the tambourine. In 1799, he was officially pardoned for his desertion from the army, and gave concerts in Dresden, Prague and Berlin before getting the shorter end of the stick in his duel with Beethoven. Once he returned to Paris, he published a “Grand Sonata” for piano, and always eager to ingratiate himself, dedicated it to Madame Bonaparte. Another cheeky publishing venture — adorning Haydn’s “Creation” with his personal musical alterations — caused considerable offense, and once again he hastily left for London in 1802. For the next 6 years, Steibelt busily traveled between London and Paris, composing much of his piano oeuvre. In 1808, Steibelt was appointed director of the French Opera in St. Petersburg and continued to manage and compose for this institution for the rest of his life. In St. Petersburg he also met John Field, who became a loyal friend. When Napoleon entered Moscow in 1812, Steibelt quickly composed an elaborate piano fantasy, “L’incendie de Moscou”, and by 1820 he gave some of his final performances. He died on 20 September 1823, and a benefit concert was organized for Steibelt’s family who, despite his fabulous earnings, had been left in comparative poverty. Full scores of his major operatic works have not survived, probably because critics pronounced his music “leaned, but laboured and ugly”. The same fate has befallen many of his virtuoso piano pieces, with the exception of the larger Sonatas and Fantasies. His three quintets for piano and strings have fared better, and show Steibelt as an imaginative composer of strong individuality. They certainly would deserve to be performed today.