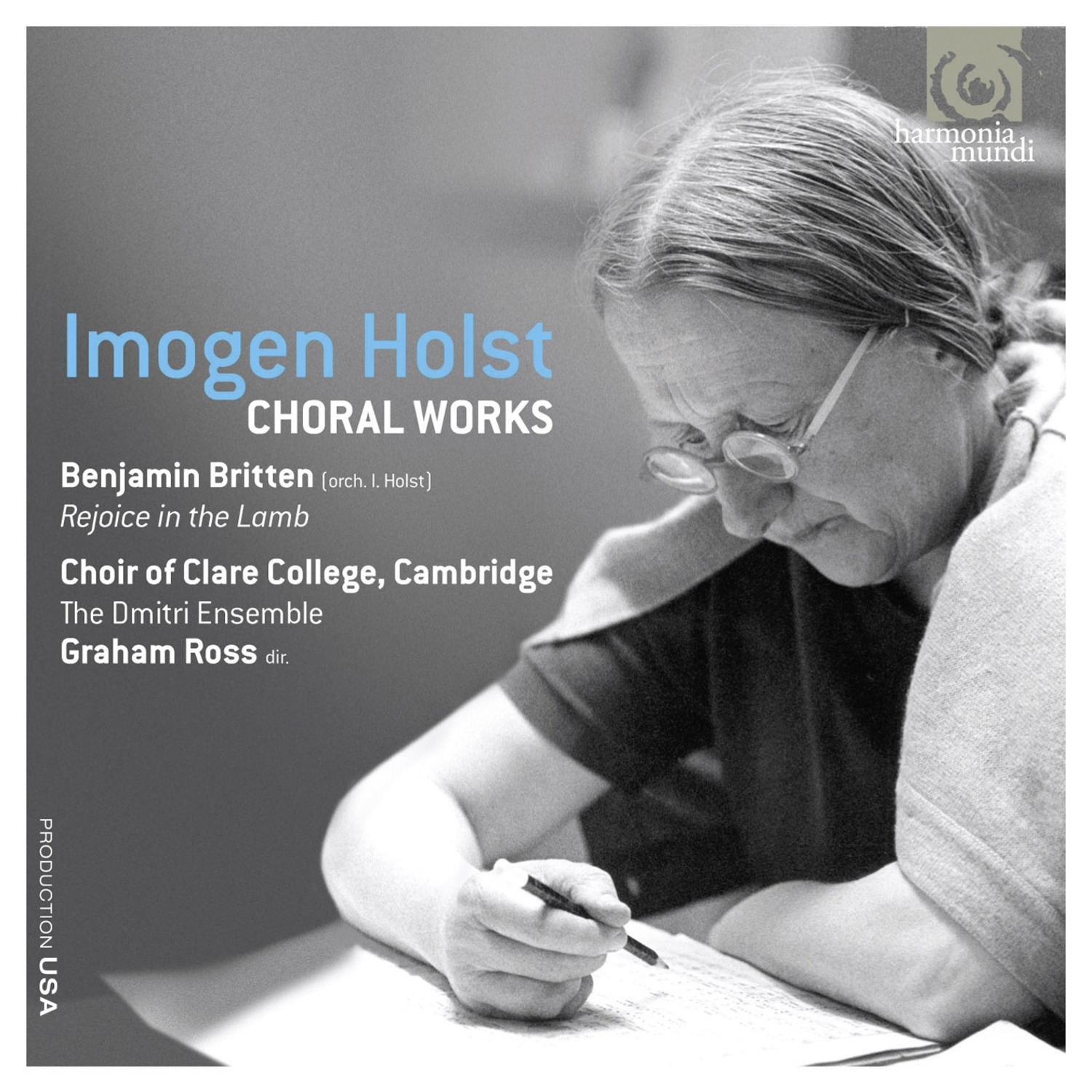 Imogen Holst (1907-1984), the daughter of Gustav Holst, has long deserved recognition for her significant body of compositions, written throughout her life. After working as Benjamin Britten’s amanuensis (1952-1964), she returned to her own composing. Graham Ross conducts the Choir of Clare College, Cambridge and the instrumentalists of The Dmitri Ensemble in these world première recordings of a selection of Holst’s choral works ranging from 1927 to 1972, three of which have not been heard since their first performance, together with the first recording of her imaginative and skillful orchestration of Benjamin Britten’s Festival Cantata “Rejoice in the Lamb”, made at Britten’s own request.