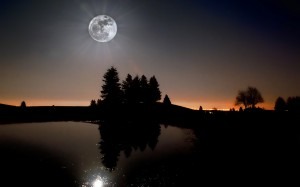 We don’t generally think of music as belonging to a certain time of day, although the next time my local classical station plays The Grand March from Aida at 6 am, I shall throw the radio across the room…but I digress. There was music, however, that was intended for night-time playing and the titles of the pieces reflected that time-frame: think of nocturnes, for example.

The Irish composer John Field and the Polish composer Fryderyk Chopin perfected the piano nocturne. The pieces are quiet, with a song-like melody in the right hand, and carry with them a feeling of repose and quiet.

Chopin: Nocturne No. 1 in B-Flat Minor, Op. 9, No. 1 (Pascal Amoyel, piano)
What was supposed to happen at night except declarations of love and this music seems to carry with it that unspoken and yearning feeling.

One composer who is famed for his night music is Bèla Bartòk. These may be works or even just passages where the night seems to take over as the sounds of nature come forward. In his piano work Out of Doors, the movement called “The Night’s Music” seems to carry an evocation of the miscellany of repetitive insect sounds, while the muted keyboard sound, with its occasional flashes, depicts the rest of the night’s sounds. The work, which is very quiet and uses the resonances of the piano itself, can be quite eerie.

Bartòk: Out of Doors: The Night’s Music. (Jenő Jandó, piano) 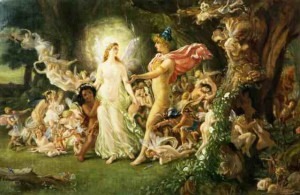 Ottorino Respighi’s program work The Pines of Rome contains a night piece in its third movement, The Pines of the Janiculum. The scene depicts the full moon on the trees that grow on the hill to the west of Rome, home to a temple of Janus, hence the name. One particular detail is the sound of the nightingale (05:23) which the composer wished to come from a recording of the real bird, rather than from artificial birdsong.

Respighi: The Pines of Rome: III: The Pines of the Janiculum. (Royal Philharmonic Orchestra; Enrique Batiz, Conductor)
The nightingale’s song is itself a symbol of night music and its name itself means “night songstress” from Anglo-Saxon. 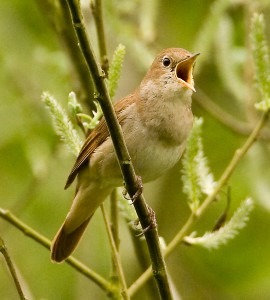 An impressionistic work of the night and gardens is Manuel de Falla’s Nights in the Gardens of Spain, which depicts three different gardens, one by the Alhambra and another in the Sierra de Córdoba.

Falla: Noches en los jardines de Espana (Nights in the Gardens of Spain): I. En el Generalife. (Francois-Joel Thiollier,piano; Polish National Radio Symphony Orchestra; Antoni Wit, Conductor)
One of the most beloved of the night pieces is Mendelssohn’s A Midsummer Night’s Dream, the incidental music for Shakespeare’s play, all set on Midsummer’s Eve. We have fairies, we have dances, we have lost lovers found – all the elements that make Night Music something we love.

A Midsummer Night’s Dream, Op. 61: Act I: Scherzo (Royal Scottish National Orchestra; Walter Weller, Conductor
It can be mysterious, it can be full of curious sounds, it can be quiet, or full of scurrying fairies but anyway we listen to it, Night Music has the ability to catch at our imagination.