Things That Actually Happen in the Recording Studio

The world of session recordings can seem quite mysterious from the outside. What actually happens in the recording studio, and how is it to work as a musician in a recording session?

Inside an orchestral session at Abbey Road

The golden rule of session work is to be on time. Arrive at the studio half an hour before the ‘official’ start time and you’ll already see people warming up, milling around, grabbing a coffee. Time is often very tight in sessions and so every minute counts. Just like with orchestral rehearsals, being ready to go bang on the dot is essential.

It’s also very rare to see any music for a session before the day itself, so arriving early can give you a few minutes to practise the music you’re about to record. Most of the time the music is relatively simple, but it’s possible to be caught out: I once turned up for an orchestra session at Abbey Road and we were presented with a set of orchestral arrangements of folk dances from around the world. There were frantic Irish jigs, Bulgarian folk tunes in 11/16, rapid flurries of pentatonic scales accompanying a Chinese melody… the list went on. 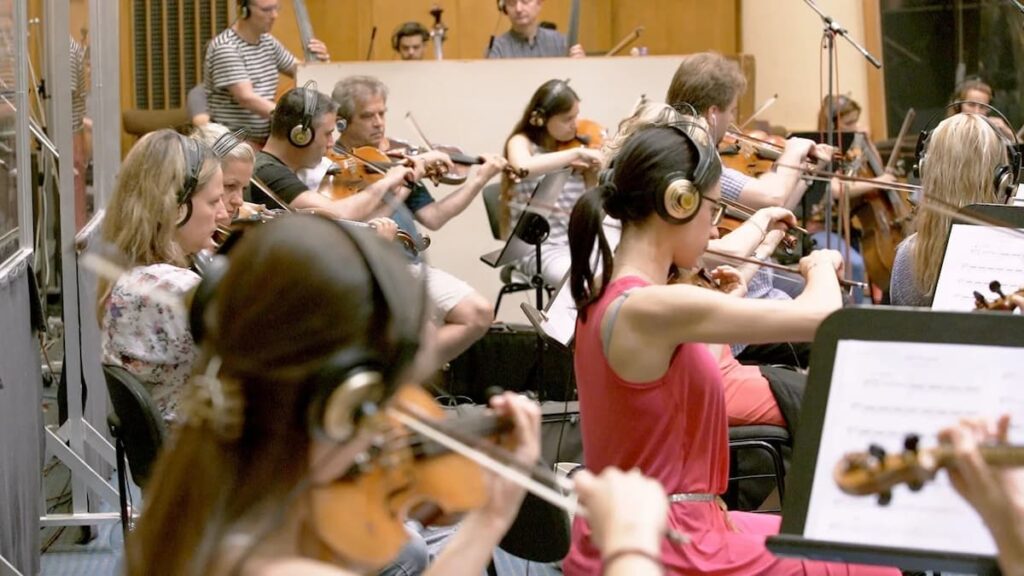 In that session – as is common in many sessions – we all had headphones with a click track being fed into our ears. When scoring music for movies, the music will have been written to a moving picture using software that (obviously) doesn’t change speed, so it’s imperative that the pulse of the live musicians stays just as strict, and that’s what the click track is for. If there’s any discrepancy in the pulse, the music starts to drift away from the image it’s supposed to be accompanying.

A particular challenge of using a click track is to remember to still play expressively – it’s surprising how we unconsciously start to play more robotically with what is basically a continuous metronome in our ears! The audience, of course, hears no click at all, so it’s important to keep the perspective and maintain the same level of musicality, even if it feels unnatural at times.

You might say, ‘Well, musicians have a pretty good sense of pulse – do they really need a click if it messes with their heads like that?’ And the answer, sadly, is still yes. We need to be absolutely sure we sync up exactly to what we’re accompanying, and more pragmatically, it enables different sections of an orchestra to be recorded on different days. You can hear an orchestral soundtrack on a film which may have taken a week to put together, and the string players may never have even been in the same room as the wind or brass. Having everyone play to a click ensures that two (or more) different groups can be easily layered on top of each other at a later date.

And it’s not just for orchestras that this principle applies: coming out of one of the first covid lockdowns, I took part in a series of sessions for a BBC TV show. It was a small group – clarinet, piano, drums, vibraphone, and bass – but because of the strict health protocols at the time we all had to be recorded separately, on different days. I never met my colleagues on the soundtrack, as I was by myself in a recording studio, all alone… Cue the tiny violin (or clarinet, I guess). 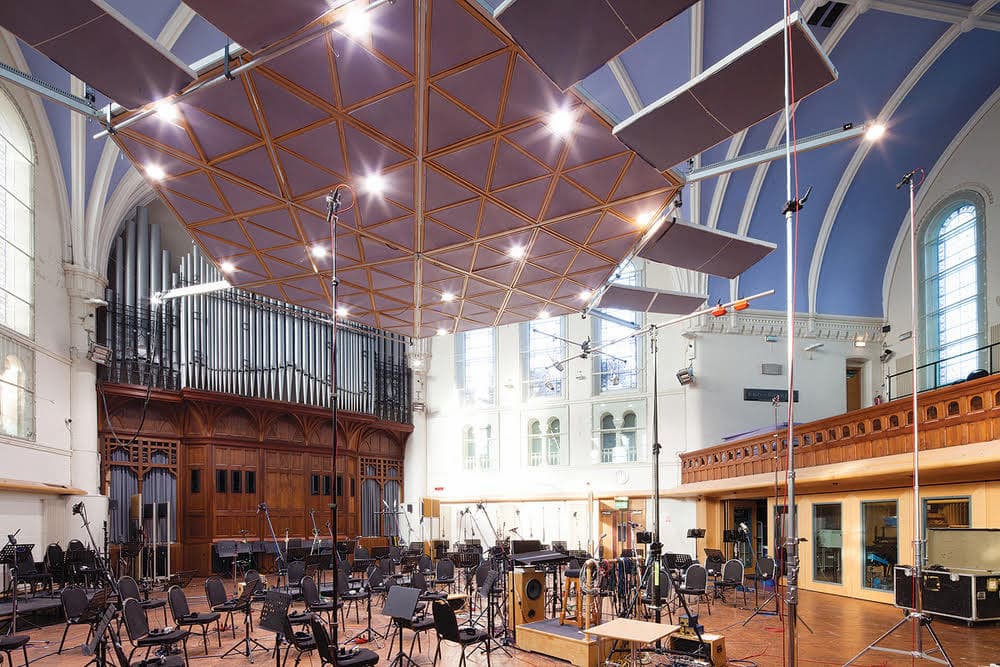 AIR Studios Interior: The inside of AIR’s largest space, which can house a full symphony orchestra and choir. It has recorded soundtracks to countless films, including Harry Potter and the Philosopher’s Stone, Atonement, Casino Royale, and Love Actually

One of the nice things about having live musicians in the room is that the director or music supervisor can ask for different interpretations of the same passage. To give them several options, it’s common to do several takes of the same music, one loud, one quiet, one more aggressive, and so on. With smaller groups, such as in the BBC sessions, you can also play around with elements of improvisation. The director can ask for a certain mood they’re looking for, and with just a few notes from a composer on a music stand, you can try and bring their ideas to life. This can be a really nice way to work, as there is a composer in the session who will provide the initial harmonic or melodic springboard, and then your playing is recorded and chopped, edited and manipulated at a later stage in the production. It was quite interesting to hear the crazy soundscapes that emerged from just one clarinet alone in a studio!

The pace that recording sessions move at can be quite fast, and musicians are generally expected to only take a couple of tries at most to record something. While the pressure can sometimes be quite intense, the pace of work is really exciting, and it can be really exciting to see a project coming together in real-time in the studio.

So, apart from click tracks and sight reading, how does recording differ from live performance? Do we change how we approach our playing, or is it more similar than different? Read on to find out…