Playlists
Hooray for the New Year: Welcoming in 2021
by Maureen Buja December 27th, 2020

If there ever was a year that didn’t live up to its promise, it was 2020. Do you remember January? Do you remember February? You certainly remember March! The onset of the COVID-19 pandemic changed everything.

Introspection became the order of the day. Naps figured in more peoples’ schedules than just the under-fives. We actually got to hate the time we spent at our computers – we didn’t mind it at the office, but at home, it became just too much. 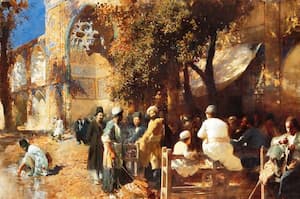 English composer Albert Ketèlby (1875-1959) brought us exotica in his evocation of camel-drivers, jugglers, and snake-charmers. The beggars cry for money (“Baksheesh, baksheesh Allah”), the tourists tell them to get away, and a romantic theme announces the appearance of the princess. New sights and sounds confront the listener around every corner. 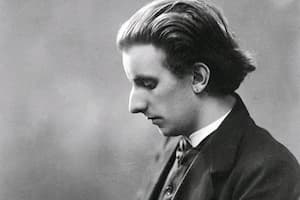 Danish composer Rued Langgaard, on the other hand, took us to the cold and inhospitable heavens in his Sfaerernes music (Music of the Spheres). Langgaard took these lines by the Danish priest Monrad as indicative of the work: “The stars may seem to twinkle kindly, but their message is cold and merciless”. Langgaard gives us not only the hostility of the heavens but also the strange attraction they have for us.


Paraguayan composer Agustín Barrios Mangoré wrote the final two movements of his most important guitar work, La cathedral, in 1921; a first movement was added later in 1938. The Andante religioso movement was inspired by the quiet of the Cathedral of San José in Montevideo, followed by the Allegro solemne, which takes us out to the busy streets around the cathedral. 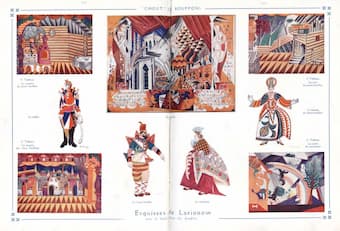 In Paris, Russian composer Prokofiev’s first ballet for Diaghilev’s Ballets Russes, Chout (The Buffoon) had its premiere to an appreciative audience that included Jean Cocteau, Igor Stravinsky, and Maurice Ravel. The original title of the work in Russian was Сказка про шута, семерых шутов перешутившего (The Tale of the Buffoon who Outwits Seven Other Buffoons). The chief buffoon tricks the other buffoons into killing their wives and escapes by dressing himself in women’s clothes and then is chosen for marriage by a wealthy merchant, who he swindles 300 rubles from and escapes. Diaghilev had wanted a ‘Russian’ story with ‘Russian’ music and this story was supposed to have come from the city of Perm.


Let’s end with the big hit from 1921: Jerome Kern’s song ‘Look for the Silver Lining,’ from his musical Sally. Sally starts as a dishwasher, poses as a foreign ballerina, and finds fame at the Ziegfield Follies. 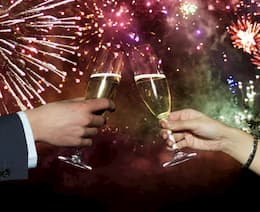 Can we put this in our own scenario? We started 2020 as worker-at-home, toiling before the mighty computer king; we next appear as erudite Zoom workers, posed before our library backdrop. Finally, we find our fame as the innovative workers who can do more in less time (because we want to escape from our desks!). Duly reported on Instagram, of course!