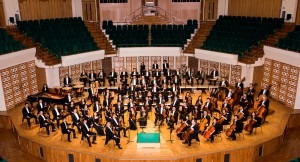 A full house at London’s Cadogan Hall greeted the Hong Kong Philharmonic last week for their performance of music by Fung Lam, Beethoven and Prokofiev as part of the hall’s 2014-15 International Orchestra Series. In London’s crowded concert schedule, the orchestra’s ability to engage such an audience, despite the twelve years since their last visit, is a sign of the orchestra’s ever-rising status to put alongside their world-class Music Director in Dutch conductor Jaap van Zweden and collaborations with superb soloists (in this case violinist Ning Feng).

In today’s climate, a commitment to new music is an important part of orchestral life, so it was welcome to hear a concert opener by the orchestra’s Composer in Residence Fung Lam, trained in England and now dividing his time between Hong Kong and the UK. Quintessence was full of vivid, strong gestures contrasting with passages of quiet tension. The effect was to make the orchestra seem at times like a vast chamber ensemble, such as in one note-worthy passage in which a single figure was passed around each member of the violins. This was clearly a work by a composer of maturity a seriousness, and I look forward to hearing more of his music.

Another musician educated on British shores was the soloist for Beethoven’s Violin Concerto, Ning Feng, renowned for being awarded 100% for his final recital at the Royal Academy of Music. He has though transcended those student achievements, and here produced a reading full of line and lightness of touch, giving Beethoven’s expansive first movement a strong feeling of direction. If the orchestra’s accompaniment in the third movement was a little earthbound, contrasting with Ning’s dancing performance, that was blown away by his surprising and delightful encore, Paganini’s Variations on ‘God Save the Queen’, dispatched with relaxed ease to the delight of the audience – that’s one way to get them on your side! 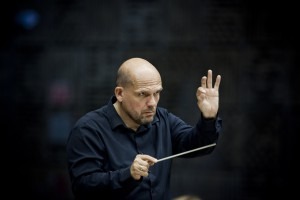 After that encore, Prokofiev’s Fifth offered similar thrills with very different means. The sheer sound of the orchestra was tremendous, particularly that from the wonderfully enlarged string section, and there was more fine woodwind playing. Van Zweden’s reading was certainly dramatic – if it perhaps erred towards the powerful than subtle, there was still plenty to enjoy, and somehow the orchestra had the energy left to raise the roof with the Ride of the Valkyries. Incidentally, it was a great pleasure to be blasted out of the concert hall with this burst of energy after a long and complex work; of course there are some pieces which should have no encore, but would that more orchestras would offer this exciting touch.

In this generous concert the Hong Kong Philharmonic presented themselves as superb ambassadors both for their own achievements and for the rise of classical music in the Far East. Indeed perhaps the only disappointing aspect of the performance was the hall’s confining acoustic. The sound was occasionally overwhelming, especially in the Prokofiev, and a look at the orchestra’s touring schedule shows that Cadogan Hall might well be the smallest venue of their tour; it is a shame that there was no space in the Southbank or Barbican Centres. I hope they will return to the UK soon – it is heartening to see that the orchestra is not just performing to London audiences but will also be performing in Birmingham’s Symphony Hall – and are offered a venue appropriate to their performance (perhaps the rumoured Rattle Hall?). Judging by warm comments from audiences and the British media, they would be most welcome.