Blog
A Day in the Life of A Musician II
by Charlotte Smith March 5th, 2015 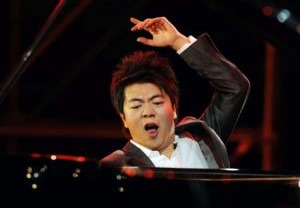 The following is a continuation of the story ‘A Day in the Life of A Musician’, starring the pianist Alexander Kravetsky (you can read Part I here). Having spent the morning adjucating a youth music competition, Sasha now faces a long afternoon of teaching…

As I wait for my to-go coffee and sandwich at the Starbucks next to my studio, I realise I only have ten minutes to gulp everything down and to relieve my bladder as I had not been to the bathroom since leaving my home at 8am. Come to think of it, I have not had a chance to drink any water since then either!

I receive a message from the parent of the 2pm student saying they are stuck in traffic and may only get to class at 2:30pm, and asks whether she can be charged pro rata instead of the hour, as I was not able to extend the class accordingly. SERIOUSLY. All that rushing around for nothing. I could have sat down to eat!

Two classes down, three more to go. Next up: the 12th lesson on the first page of Clementi’s Sonatina in C, and probably not the last…

Just spent the first ten minutes of a class discussing a child’s progress with his mother, who wants him to take the Grade Five exam in six months. This is a kid who barely passed his Grade Two exam last year, and has since not been practising. How do I explain to them that practising cannot be ‘crammed’, that learning music is like learning a language, and that playing an instrument requires physical repetition as a lot of it demands muscular training?

I just about make it to a dinner party, hosted by a lady who is the chair of a charity for which I helped fundraise a few months ago. A quick glance tells me this evening will be long and somewhat painful, as I do not see any familiar faces apart from the hostess. It’s not that I do not enjoy being sociable, but after a day like this, all I want to do is curl up on the sofa at home and watch some mindless TV, especially when I have a three-hour rehearsal tomorrow at 9am, for which I really need to and want to be on the ball.

Have spent the last half hour talking to the gentleman seated next to me, who has been gloating about the academic and musical achievements of his three children. In short, this is what I found out:

i) His three children play different instruments, namely the piano, the violin, and the cello, but have never played together. Apparently it has never occurred to them that they should play together – when I mentioned ‘piano trio’, he told me, ‘No, they don’t all play the piano.’

ii) When I asked him what his children have been playing individually, he was only able to say that the pieces were from the ABRSM exam syllabus.

iii) His wife was the one who insisted that their children take instrumental lessons, as she herself used to play both the violin and the piano, and got the performance diplomas for both when she was only 16. ‘She could have definitely had a solo career but just chose not to do it professionally!’

iv) They never listen to classical music at home – in fact, they don’t own any CDs – but occasionally attend concerts, the last time being two years ago when Lang Lang came to Hong Kong.

Just at this moment when the name Lang Lang was mentioned, a lady across from us starts a discussion about whether Lang Lang or Yundi Li is better. After a while, the gentleman next to me announces to the whole table that I am a pianist, and proceeds to ask my opinion. I comment on both and then tell them about other pianists whom I respect, such as Argerich and Rubinstein, but the conversation dies as no one has heard of them.

Dessert is served, and people start to mingle between the two tables. I meet two other guests, and upon discovering I am a musician, one of them insists that I ‘play a little piece’ for them. I start to decline, but she has already gotten the attention of the entire room and is now leading me to the beautiful antique Steinway that ‘never gets appreciated’. I have no choice but to oblige… Someone yells ‘La Campanella!’ as I walk past. I ignore him and sit down to play the shortest piece I know, as I am confident this crowd will not have the slightest patience for music longer than a minute!

All characters appearing in this story are fictitious. Any resemblance to real people, living or dead, is purely coincidental. Unless you happen to be a struggling musician.

Brahms Piano Trio in B major