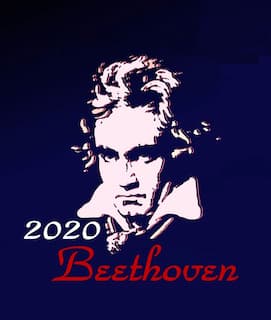 In 2020, the year the “Beethoven Year” met the COVID-19 virus, we heard hours and hours and miles of miles of Beethoven. We recently found, however, a different version of Beethoven that we found very intriguing. American composer Michael Gordon (b. 1956) looked at Beethoven’s Seventh Symphony and noted that, “At the time it was written, it was probably the loudest music on the planet.” And he used, what he called Beethoven’s “brutish and loud music” as the basis for his own reworking of the symphony in Rewriting Beethoven’s Seventh Symphony. 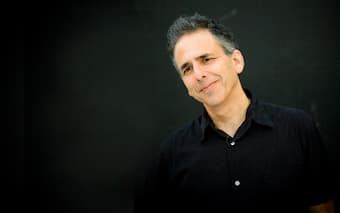 Written on commission for the 2006 Beethovenfest Bonn, the work both fascinated and horrified the audience at its premier. The composer took an idea from each of the four movements and used it as the starting point for the 4 parts of the piece.

The first part, for example, takes the massive chords that open the piece and changes them with the addition of glissandos – one critic compared it to watching an ice sculpture melt as you watched it.

The second part takes the main theme from the Allegretto and mixes it with dissonances, with chromatic buzzing filling in the spaces.

The third part sounds like upward moving scales with little repeated notes in the brass, transforming Beethoven’s rather cheery Presto movement into something more menacing.

The final part seems to combine chromaticism and dissonance with perpetual motion, and then you hear, coming through the woodwinds, the original theme that starts Beethoven’s final movement, but now played as a continuous line.

It’s all rather like Beethoven rolled into a tight circle as you watch the music spin around and around, trying to catch its tail.

You might find it useful to listen to the full Beethoven symphony as either an antidote or a contrast to Gordon’s work. He does pose us an interesting question in terms of what is it in a work that we remember and how do we remember it?