autonomy: the ability to make your own decisions without being controlled by anyone else – Cambridge Dictionary definition 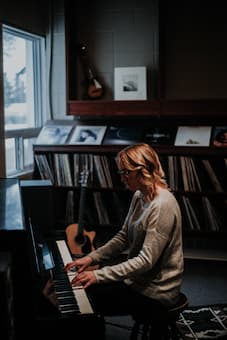 As musicians, we may seek external endorsement and extrinsic motivation through examinations and assessments, the accrual of qualifications such as diplomas, and through critical feedback on our performances. But I believe there is something more significant than acclaim, credentials and letters after one’s name – and something that is imperative for the musician, whether professional or amateur – and that is autonomy.

In the early and intermediate stages of our learning, and even later on, it may be necessary to have a coach encouraging us to play more accurately, with more expression, greater freedom, artistry and confidence, but ultimately it is important that we recognise the value of what we have to say and to measure this against the score, rather than seek external critique or endorsement or mark our progress against that of others.

As you grow older, converse more with scores than with virtuosi – Robert Schumann

Autonomy can be hard won: the decision to step away from a teacher or mentor, especially one with whom you have had a productive relationship can be difficult, and receiving regular praise and feedback from teachers, colleagues and peers can be supportive and motivating. Equally, however, one can become overly reliant on such endorsements, creating a circle of dependence which makes it even harder to go it alone. But one can gradually work towards greater independence, self-determination and self-reliance, for example, by reducing the frequency one’s piano lessons and becoming less dependent on the guidance and feedback from a teacher, and instead relying on one’s own musical knowledge and intuition.

I’m fascinated with what happens to the creative output when you isolate yourself from the approval and disapproval of the people around you. – Glenn Gould

The ability to make one’s own decisions about one’s music making and progress – important aspects of autonomy – comes from growing confidence, including the confidence to accept or reject advice, retaining what one will find most helpful and discarding the rest. Be wary of a teacher or mentor who claims to have all the answers and exercise a degree of healthy scepticism when taking advice from others, even the most highly respected teachers. Be open to suggestions, but also questioning and curious.

Alongside this, the autonomous musician will create their own validation methods and accountable tools – technical, interpretative, psychological and artistic – and use such methods and tools in every day practicing and performance. These may include:

• Trial and error, exploration and experimentation, reflection and adjustment

• Really close attention to all the details of the score

• Remaining curious and open-minded at all times, alert to new possibilities or alternative ways of doing things (remember, there is no “right” way).

• Feeding back to oneself through self-monitoring, recordings/videos, reflection, adjustment – and rinse and repeat

• Regular study away from the instrument – listening (including going to concerts), reading

• Try out performances in less stressful settings (at home to friends, for example), and self-critiquing and reflecting on one’s performance

• An acknowledgement that there are no short-cuts or miracles, nor that there is a “right way” to play the music, and that the authority of one’s own interpretative decisions should be borne out in convincing performances

• Seeking advice/critique from trusted colleagues, mentors and friends with whom one can have an honest and mutually respectful exchange of ideas. Such discussions may be regular or occasional, but they will have value, offering stimulating food for thought, and often allowing one to see the bigger picture of the music, rather than always focusing on the minutiae, as one surely does – and must – in daily practice sessions.

These points may appear rather exhaustive, but they are habits and skills which can be gradually incorporated into one’s regular practice regime, and developed and finessed to the point where they become intuitive. And then one continues to build on them, making small but significant positive gains which go to create a greater whole.


In achieving autonomy, the musician may experience a palpable sense of liberation, enjoying greater physical and psychological freedom in one’s playing, less bodily tension and much more pleasure and personal fulfilment in the music which one chooses to play.

The point is not to take the world’s opinion as a guiding star but to go one’s way in life and working unerringly, neither depressed by failure nor seduced by applause – Gustav Mahler