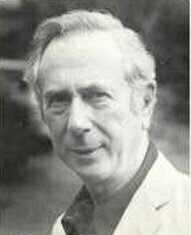 By the late 1950’s George Rochberg was celebrated as America’s first and foremost master of composition in a serial language. One of the great leaders of the American avant-garde, Rochberg’s journey to a newly found language based on the tonal recapture of the previous historical style left many bewildered. Partly inspired by personal tragedy, Rochberg abandoned dodecaphony and embraced a complex mix of musical languages that sought to understand the nature of time. Rochberg wrote in 1963, “The successive revolutions of twelve-tone composition and of the post-war avant-garde have brought about a liberation that permits sounds to create their own context.” His evolution towards a multiplicity of simultaneous musical languages allowed music to regain contact with the traditions and means of the past, and made possible what Rochberg later called an “all-at-once world.” The Partita Variations of 1976 describe such a world. Braced by a “Praeludium” and a three-voice “Fuga,” Rochberg explores a full range of musical styles, including Classical, Romantic, Atonal, Serial, Tonal, and Improvisatory. 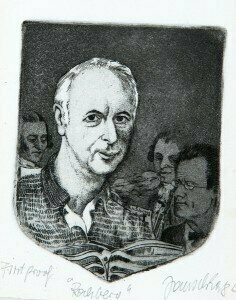 George Rochberg’s relationship with the past is not one of nostalgia, but one of personal convictions. “Every artist needs a way of viewing his situation,” Rochberg writes, “in terms of where he’s been, where he is now, and where he must go. The pursuit of art is much more than achieving technical mastery of means or even a personal style; it is a spiritual journey toward the transcendence of art and of the artist’s ego. In my time of turning, I have had to abandon the notion of originality, in which the personal style of the artist and his ego are the supreme value… music can re-emerge as a spiritual force with reactivated powers of melodic thought, rhythmic pulse, and large-scale structures. As I see it, these things are only possible with tonality.” During Rochberg’s “time of turning,” he assembled musical quotations from Mozart, Beethoven, Mahler, Webern, Varese, Stockhausen and himself into a tonal collage titled Music for the Magic Theater.

The Japanese art genre “Ukiyo-e” translates into “pictures of the transient, unreliable world,” or more commonly, “pictures of a floating world.” It is a genre of woodblock prints prevalent in the Edo period (1615-1868) that was preoccupied with the pleasure pursuits and lifestyles of urban culture. 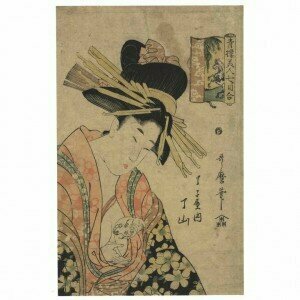 Popular subjects matter included Kabuki theaters, the hustle and bustle of the pleasure districts of Edo, romantic landscapes, and erotic scenes. However, these descriptions of the sensory pleasures of urban life often included the reminders of the fleeting nature of all worldly delights. The process of woodblock printing involved separate woodblocks for each color used in the print, and layers of color were added to the scene until it was complete. Ukiyo-e had a profound impact on Western society, inspiring artist and the Japanese movement in art and design. And George Rochberg took the concept of layered colors and transferred it to his musical “Ukiyo-e” trilogy.

“The hope of contemporary music”, writes Rochberg, “lies in learning how to reconcile all manner of opposites, contradictions, paradoxes; the past with the present, tonality with atonality. That is why, in my most recent music, I have tried to utilize these in combinations which reassert the primal values of music.” 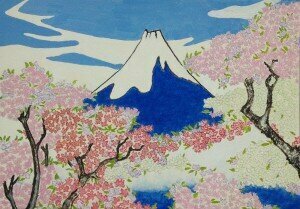 Spirit Of Ukiyo-e Illuminated By Stunning Nature by Sawako Utsumi

And it is this deep concern for the survival of music through a renewal of its humanly expressive qualities that allowed Rochberg to see the creative artist as “a representative of the endless procession of the human condition, the purveyor of our collective memory, allows the composer to gather the entirety of experience into a single, integrated language.” Rochberg’s mature consolidation of 20th century trends and his preference for tonality and past styles forcefully emerges in his Piano Trio Nr. 3, titled Summer 1990. Richly romantic passages support a lyrical melody, and melodic fragments return throughout this continuous one- movement work.