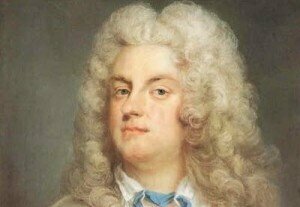 Premiered at the Vienna Burgtheater on 11 July 1786, Carl Ditters von Dittersdorf’s comic opera Doktor und Apotheker (The Pharmacist and the Doctor) was a resounding success. The contemporary press declared it “the one work among all new German operas that has earned and deserved the greatest applause. The music is very original and full of the most beautiful ideas—a true masterpiece of art.” Performed a total of 72 times at Vienna’s imperial theatres between 1786 and 1798 alone, it soon became the most popular opera in Europe, rapidly spreading to opera houses across the continent.

A contemporary of Haydn, Dittersdorf was a violin virtuoso and a prolific composer. His popularity was said to have rivaled Haydn, Gluck, and Mozart, and during his long and industrious career he composed roughly 120 symphonies, 45 operas and countless sacred and chamber works. But it was the acclaim of Doktor und Apotheker that propelled him to international fame. 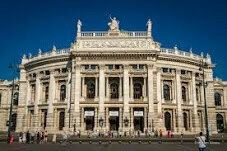 The libretto was crafted by Gottlieb Stephanie after the French comedy “L’apoticaire de Murcie” by the anonymous Graf von N. The village pharmacist Stössel (bass) and his wife Claudia (contralto) hope to match their daughter Leonore (soprano) with the boisterous Captain Sturmwald (tenor). But she has fallen in love with Gotthold (tenor), the son of Stössel’s sworn enemy, Doktor Krautmann (bass). 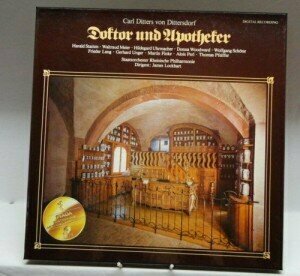 Gotthold and his companion Sichel (tenor), who loves Stössel’s niece Rosalie (soprano), contrive a wild-goose chase that plays on the pharmacist’s professional vanity in order to get him out of the way. Their tryst with the young ladies is interrupted by the appearance of Claudia, which sends them into hiding. The situation is further complicated by the return of Stössel with Sturmwald. Another attempt at a rendezvous—Sichel is disguised as Sturmwald and Gotthold as a notary—unwittingly secures the parents’ signature on marriage contracts joining the young lovers. Riding on a wave of popularity, Ditters composed eight more comic operas over the next five years, which proved highly influential to the development of the Viennese operetta during the second half of the 19th century.