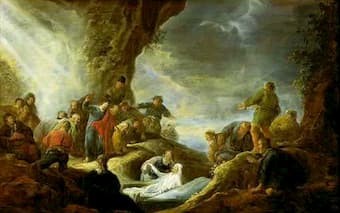 Between 1819 and 1820, Franz Schubert set to work on a large-scale, three-act dramatic work for six vocal soloists, chorus, and orchestra. Setting a libretto written in 1778 by August Hermann Niemeyer—modeled after Pietro Metastasio—Lazarus was originally intended to encompass three acts, corresponding to the death, burial and resurrection of “Lazarus.” We all know the story taken from the Gospel of John, however, the Schubert version is supplemented by a number of invented characters. Having had some success with his stage works, Schubert possibly expected the work to be staged, as the score includes detailed stage directions. However, for one reason or another Schubert stopped composing about half way through the second act, and the work remained unfinished. Some scholars have suggested, “Schubert’s own religious views gave him a lack of confidence in the final act of the raising of Lazarus.” However, there is also a delightful anecdote surrounding Schubert that might account for the premature termination of the project. 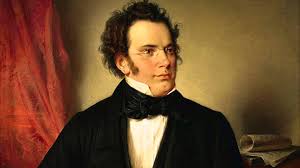 Around the time of the Lazarus composition, Schubert was in rather severe need of an official appointment. Although his music was known throughout Vienna, it hardly translated into a suitable income. So he jumped at the chance of obtaining the conductorship at a certain local opera house. Before the position was awarded, however, the hiring committee asked him to compose and conduct an original composition. When he submitted the music, the committee perceived the score to be too difficult and asked Schubert to alter it somewhat to make it easier to sing. Apparently, Schubert gruffly refused the request and the choir struggled through two further rehearsals. And almost as expected, the full dress rehearsal turned into a grand failure. The committee was not impressed and asked Schubert once more to make changes, especially in the parts assigned to one of the soloists. Apparently, Schubert got into a might huff and slamming the score shut shouted, “I will alter nothing” before storming out. It’s not a surprise that Schubert did not gain the positions, but it might explain why his Lazarus composition came to a premature end? At any rate, it’s a good story, don’t you think?