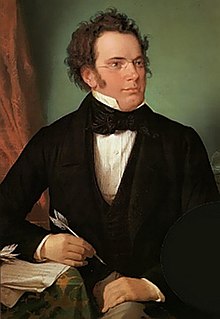 Franz Schubert started his composition lessons with the famed Antonio Salieri at the age of 15. Salieri quickly realized that he was looking at an exceptional talent, and he instructed the teenage Schubert free of charge. Salieri gave Schubert a number of Italian texts by the famous poet Pietro Metastasio as homework assignments. Schubert never really had command of a foreign language, but he intuitively seemed to have grasped the musicality, syntax and dramatic possibilities of the Italian language. Later in life, Schubert would on occasion set Italian texts of his own choosing, and three of these settings are intimately connected with the great Italian bass Luigi Lablache (1794-1858). Lablache had been a member of Domenico Barbaja’s Italian company in Vienna, and a critic wrote, “Lablache astonished me with the feeling of his singing, and the truth of his action. It showed a wonderful change from the prodigious folly and bombast of his demeanor and singing… He was a master of the arts of grimace and face-making, with elaborate contortions of body and dexterous pirouettes.” Schubert was captivated by Lablache’s performances and he personally met him at the home of Raphael Kiesewetter.


Apparently, Schubert and Lablache got along famously from the very beginning. When Schubert’s four-part song “The Gondolier” was sung at a party, Lablache liked it so much “that he asked for it to be repeated and then sang the second bass himself.” We don’t know who initiated the Italian project, but it likely was the brainchild of Franz Schubert. There is no doubt however, that Schubert specifically composed his settings for Lablache. The composer reached once again for poems by Metastasio, and he opens the set with a setting of “The enchantment of your Eyes.”

On you, dear eyes,
Depends my being,
You are my Gods,
You are my fate.
At your pleasure
I feel myself change,
You inspire me with courage,
If you shine in happiness,
If you are clouded,
You make me tremble.


Schubert’s style is clearly influenced by the buffo operatic style of Rossini, who was then all the rage in Vienna. There is a certain cantabile quality to this first setting, and in the comic and dramatic “Disappointed Traitor” Schubert composes a miniature Rossini aria, starting with a soulful recitative. 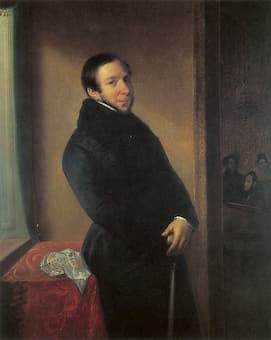 Domenico Barbaja in Naples in the 1820s 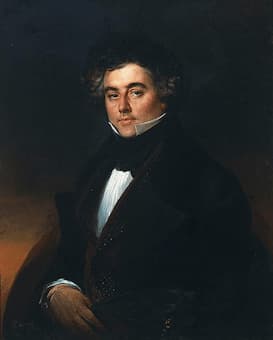 Portrait of Luigi Lablache by Bouchot, 1831

Ah, the air about
Flashes and sparkles;
The treacherous earth
Rocks and quakes!
What deep night
Of horror surrounds me!
What terrible shadows,
What agitation is this!
What wild fear
I feel in my breast! 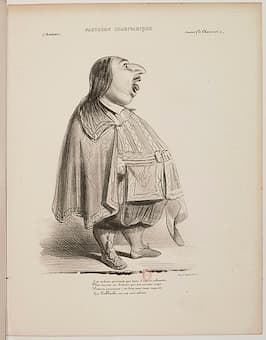 One critic called these songs “well suited to social entertainments,” and he was convinced that “Luigi Lablache is sure to make a furor with them.” Given the breakneck parlando of the third song by an anonymous poet “The Way to Choose a Wife,” Lablache must, at any rate, have derived great enjoyment from the Schubert settings. The three Lablache songs, with corresponding German texts were published by Haslinger as Schubert’s Op. 83. However, not everybody was convinced. The composer Heinrich Marschner wrote in his review, “These songs are neither fish nor fowl…not sufficiently colourful and vital enough to be truly Italian, not expressive enough to be real German Lieder. The flow of his melodies is too intermittent, too heavy-handed; it is no glowing lava stream but only a somewhat cold, murmuring northern brooklet … Herr Schubert has thus not yet succeeded with these songs in bringing about an alliance, however desirable, between German and Italian music.” To be sure, Schubert was working outside his natural comfort zone, but today we can happily rejoice in his delightful mixture of musical styles.