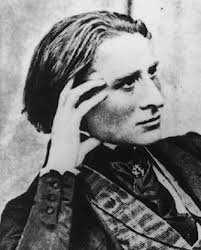 Arnold Simon of Hamburg published a composition by Franz Liszt in 1881 with the title Romance oubliée. Interestingly, this little gem was published in four versions simultaneously, for piano solo, for violin and piano, for viola and piano, and for cello and piano. Subsequently a little explanatory foreword was added. “A few years before his death Liszt was staying as a guest of Cardinal Hohenlohe at the Villa d’Este at Tivoli near Rome. 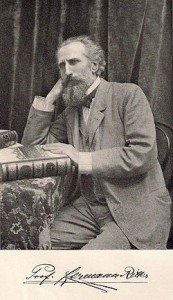 Here the Master was sent, by music dealer Simon of Hanover, a leaf taken from an album on which was a piece of music written by Liszt’s hand in his youthful years, with a request to be allowed to publish it.” Liszt must have been quite surprised to see his youthful work, composed almost 40 years earlier. In fact, he was so surprised that he titled it “Vergessene Romanze” (Romance oubliée). The piece originated at some point in 1844 as a vocal composition called “O, pourquoi donc.” It was first published in Moscow and some decades later in Leipzig, but only reprinted in 1989. In 1848, Liszt prepared a piano version of the song and titled it “Romance.” 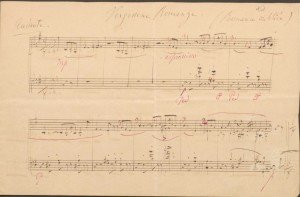 It is not clear if the piano version was published during Liszt’s lifetime since it first appeared posthumously in 1908. Be that as it may, Liszt had simply forgotten the work until it was presented to him on the album leaf in 1880/81. Instead of issuing the older composition, Liszt created a new work based on the material but scored for viola and piano. As the publisher noted, “The reply to this request was Liszt’s paraphrase of the album leave in the form of a composition which is entitled Romance oubliée, written for Viola and dedicated to the Viola alta virtuoso Hermann Ritter.” Apart from his Harold transcription, this is the only work Liszt wrote for piano and viola. Inspired by the viola virtuoso Ritter, who had experimented with a bigger sized viola to improve the sound, Liszt created a tender and nostalgic reminiscence of days long past.