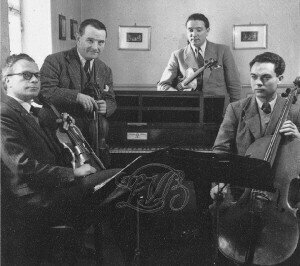 Before the age of recording, devotion to music was a full-time commitment. Composer Georges Bizet (1838-1875) would say: “Ah, Music! What a beautiful art – but what a wretched profession!”

He didn’t know how lucky he was, to experience the thrill of history’s most music-obsessed century! The business side of music, royalties paid by publishers and concert organizers, finally started to break even, gradually replacing traditional aristocratic sponsorship. Scholars were salvaging folk music, and collecting instruments from across global colonial empires. Everywhere in Europe, Russia and the Americas, a career as a composer, virtuoso or teacher could be a passport out of poverty, and everyone was trying their hand at it.

Music benefitted from the social order prevalent until 1950: military hostilities were expected at short notice, and children as young as ten were deemed serviceable towards collective defence, albeit mainly as scouts and cadets. 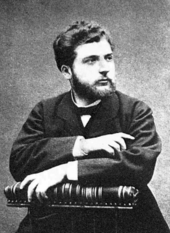 Musical children, after basic home tutoring, were admitted to conservatoires as of age five. Those with the talent of Joseph Calvet (1897-1984) could win first prize in one or several categories by age seven, as he did at the Conservatoire de Toulouse: First Prize in Violin (1904). Decades earlier, Bizet’s aunt by marriage, Rosine Delsarte, had been assistant professor of solfeggio at the Paris Conservatoire, aged thirteen!

For those of limited financial means, public performance in churches, meeting halls, restaurants or street corners, offered the advantages of practicing from memory, sight-reading and improvising, while earning extra wages to relieve tight family budgets. After graduation, the luckiest could further improve their position through teaching, touring and landing a job with an orchestra or church – providing music for 200 weddings a year!

Financial incentives fuelled the careers of even the greatest: from the struggling Éric Satie (1866-1925), a busker and cabaret pianist into his mid-forties, surviving only by the generosity of admiring colleagues like Ravel, to the savvy Richard Strauss (1864-1949) who boasted about paying for a luxurious new home out of the proceeds of his titillatingly scandalous opera, Salomé (1905).

Again quoting the atheist, ever-lucid Bizet: “As a musician I tell you that if you were to suppress adultery, fanaticism, crime, evil, the supernatural, there would no longer be the means for writing one note.” This diagnosis, enunciated fifty years before the cataclysm of World War I, proved to be a more accurate basis for predicting the long term survival of music, than Brahms’ fretful speculations over a possible end to civilization. 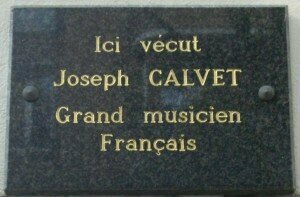 Civilization survived XXth century fanaticism, crime and evil, despite mechanisation extorting an unprecedented toll of 125 million fatalities; those late-XIXth century musicians who survived into the second half of the XXth century found their standing enhanced, respected as witnesses of past glories and defenders of tradition.

Calvet was a disciple of Belgian violinist and composer, Guillaume Remy (1856-1932) a Massart First Prize pupil (1878), and contemporary of Ysaÿe in Liège. Remy premièred his own Piano Quintet, with dedicatee Camille Saint-Saëns at the piano, and fellow-Belgian violinist Martin Marsick (Marsick was Massart’s 1879 First Prize pupil, and became the Stradivarius-owning professor of future greats Jacques Thibaud, Georges Enescu and Carl Flesch; his reputation was ruined when he absconded with a married woman – the romance was short-lived, but he lost his lucrative teaching post and died in poverty!)

However, it was only in 1928, coincidentally ahead of the death of the admired – yet intimidating – Lucien Capet, that Calvet felt they could accept an invitation by “music life coach” Nadia Boulanger (1887-1979) to perform a complete cycle of Beethoven quartets.

And it was in the 1930s, with Daniel Guilevitch on 2nd violin, that they made celebrated recordings of Beethoven, Debussy and Ravel quartets, and the Quintet by Florent Schmitt (1870-1958) – whose ballet “La Tragédie de Salomé” (1907) was the thematic and musical inspiration for Stravinsky’s Rite of Spring (1913).

At the approach of WWII, Quatuor Calvet disbanded, as 2nd violin Daniel Guilevitch (1899-1990) – a student of Remy and Enescu, and sometime accompanist to Ravel – fled the Nazis to the USA. Shortening his name to Daniel Guilet, he became concertmaster in Toscanini’s NBC Symphony Orchestra, and later founded the long-lived Beaux Arts Trio (1954-2008) with Casals-trained cellist Bernard Greenhouse and pianist Menahem Pressler who still performs, in his nineties!

Calvet’s violist Léon Pascal formed the Pascal Quartet (1941-1973), which enjoyed an enviable post-War reputation, not only in Beethoven, but also through an expanded range of recordings in the 1950s.

After initiating a Musical Youth Mouvement under the Occupation, Calvet reconstituted his quartet in 1944, with violinist Jean Champeil, violist Maurice Husson and cellist Manuel Recassens.

Recassens, in the 1960s, would famously try to return the Société des Concerts du Conservatoire to its glorious pre-WWI stature; however, government economic priorities, and decades of unrestricted export of Stradivarius and other precious violins, ultimately forced a concentration of the best local instrumentalists in the new Orchestre de Paris under Lucien Capet’s pupil, conductor Charles Munch.

Calvet’s temporary ill-health forced the quartet to break up definitively in 1950, with remaining members regrouping as Quatuor Champeil, and continuing to produce high level performances and recordings.

Calvet would recover, and contribute another thirty four years to his art, as professor of chamber music at the Conservatoire (1935-68), and as a member of the jury of the Marguerite Long – Jacques Thibaud International Competition.