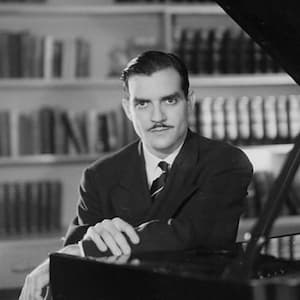 To say that Jorge Bolet (1914 – 1990) is “forgotten” may not be entirely correct, but he is certainly one of the most underrated pianists of the 20th century. Born in Havana, Bolet gave his first public performance at 9 and enrolled at the Curtis Institute of Music with a scholarship at 12, where he studied piano with David Saperton and conducting with Fritz Reiner. He also received mentoring from great pianists including Leopold Godowsky, Josef Hofmann and Moriz Rosenthal. These all seemed to set him for a thriving career. 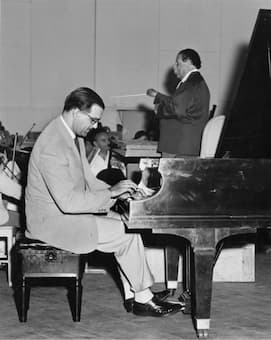 However, Bolet’s career was far from a flourishing one and had remained static for a major part of his life. He travelled extensively, taught at Indiana University and at his alma mater and recorded for small record labels, without really achieving international fame. It wasn’t until his successful recital at Carnegie Hall in 1974 that he received the recognition he fully deserved. That was a turning point in his life and led to his contract with Decca several years later.

Bolet’s playing was suave, delicate and, most importantly, genuine. Best known for his interpretations of the Romantic repertoire and piano transcriptions, he was never virtuosic merely for its own sake. His finger dexterity was undoubtedly fascinating, but it all came so naturally under his hands. Unlike his contemporaries, he preferred Baldwin and Bechstein to Steinway. This, together with his exquisite touch, makes it possible to identify him just by the sound he created on the piano.


This stupendous recording of Liszt’s magnificent transcription of Wagner Tannhäuser Overture was from Bolet’s breakthrough Carnegie Hall recital in 1974, only after which he experienced real success. It was outstanding on any terms – it had absolute technical command, real excitement and aplomb.


This has been my all-time favourite rendition of this tremendously romantic piece. It had a beautiful singing tone throughout while drawing such a wide array of orchestral colours from the piano. A perfect blend of romanticism, refinement and passion!

This performance had poetry, poise and no affectation, as usual. Observe how sensitively each phrase was crafted and how he reached such emotional intensity without the histrionics that are commonly seen today. One can sense his humbleness in his playing – there’s only music and nothing else.

The above is a precious video of Bolet demonstrating and performing Chopin/Godowsky Études, which are notoriously known for their extreme technical difficulty. Only a few pianists dared to perform these Études live, and Jorge Bolet was one of them. He was able to transcend the technical challenges and bring out the music despite the complexity. Everything was under complete control – the melodic line was always apparent, and the sound was so rich and lush. Sheer beauty!

Bolet was surely one of the finest musicians of his generation, having been hailed as the greatest pianist in America by Emil Gilels (another legendary pianist). Although his ascent to the rank of “great masters” had been strenuous, he has become an important part of the history of piano music and will continue to inspire pianists of future generations.