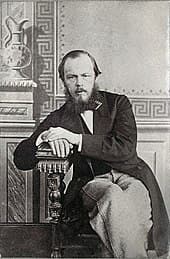 The Russian novelist, short story writer, essayist, and journalist Fyodor Dostoevsky (1821-1881) had a serious gambling addiction. Like a good many gamblers, he believed that he had found the secret to winning at the tables. He writes to a relative, “I am showing off by saying that I possess the secret of how to win instead of losing, I really do know the secret—it is terribly silly and simple, merely a matter of keeping oneself under constant control and never getting excited, no matter how the game shifts. That’s all there is to it—you just can’t lose that way and are sure to win.” Within a single week, however, he had lost all of his winnings and more and was forced to beg his family for money. He writes to his brother on 8 September 1863. “And I believed in my system … within a quarter of an hour I won 600 francs. This whetted my appetite. Suddenly I started to lose, couldn’t control myself and lost everything. After that I … took my last money, and went to play … I was carried away by this unusual good fortune and I risked all 35 napoleons and lost them all. I had 6 napoleons d’or left to pay the landlady and for the journey. In Geneva I pawned my watch.” In order to pay off his mounting gambling debts, Dostoevsky began work on an essentially autobiographical novella titled The Gambler. 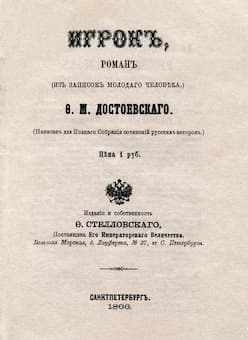 Dostoevsky wrote The Gambler in just 26 days. It tells the story of first-person narrator Alexei Ivanovich, who works as a tutor for a Russian family living in Europe. The Russian general is deeply in debt and has mortgaged his property in Russia. When he learns of the illness of a wealthy aunt, he eagerly awaits her demise, expecting that his inheritance will pay all his debts. Alexei Ivanovich is deeply in love with Polina, the General’s stepdaughter, and she asks him to place a bet for her at the casino. Alexei is hesitant, but ends up winning at the roulette table and develops a gambling addiction. To proof his love, Polina dares Alexei to insult an aristocratic couple, which he does with little hesitations. He gets fired as tutor, and to everybody’s surprise, the wealthy aunt appears and declares that nobody will be getting any of her money. 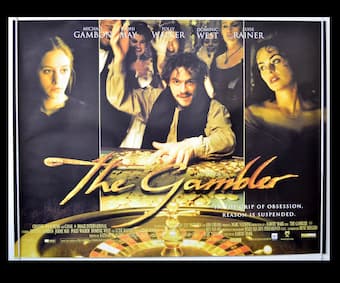 The wealthy aunt asks Alexei to show her around town, and he guides her to the casino. Initially she wins a significant amount of money, but in the end loses almost her entire fortune. Polina finally confesses that the General is in deep financial trouble, and that she had thus become the mistress of her stepfather’s creditor. Alexei runs to the casino and within a few hours wins a substantial amount of money and gold. Polina accuses him of trying to buy her, but then embraces him. The next day she asks Alexei for money, and when he gives it to her, she throws the money into his face. Unbeknownst to Alexei, Polina had been seeing Mr. Astley, a shy Englishman nobleman with a good deal of money. Polina was supposed to have met Mr. Astley the night before, but had come to Alexei’s room by mistake. 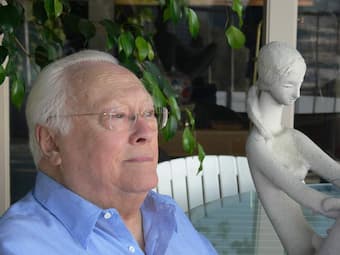 Alexei falls into deep depression and gambles to survive. One day he runs into Mr. Astley in a park, and he finds out that Polina is in Switzerland and that she actually does love him. The General has died in Paris, and the wealthy aunt left all her money to Polina. Mr. Astley gives Alexei some money, well knowing that he will head straight for the roulette tables. Alexei dreams of going to Switzerland, and devises a new sure-way system to win at the tables. Based on Dostoevsky’s novella, the 1997 film The Gambler actually combines two stories. It features Dostoevsky, played by Michael Gambon, who tries to overcome his gambling debts by writing a novel. The publisher will take possession of all his copyrights if he fails to produce it on time. Running out of time, Dostoevsky engages a young stenographer, played by Jodhi May, to help him. While falling in love with Dostoyevsky, “she becomes caught up in a parallel story, one of love, gambling, and betrayal portrayed in the fictional account that she is helping Dostoyevsky to write.”


The Javanese-born British composer and conductor Gerard Schurmann (1924-2020) was engaged to score The Gambler. He started his career as a concert pianist but decided to devote himself full time to composition. He primarily composed for the concert hall, but needing to supplement his income, he took on cinematic assignments. Schurmann “possessed a visual sense that enabled him to provide scores that complemented and enhanced the events and emotions represented on screen.” For The Gambler, Schurmann wrote one of his most seductive orchestral sequences. “Anna and Dostoyevsky” presents a solemn passacaglia motif accompanied by a nostalgic tune entrusted to the violins, violas and later the clarinets. The main theme is sounded in “Roulettenbourg,” and the musical sequence in “Gambling” suggests the whirling of the roulette tables. “Carriage Ride and Sunrise” immerses the listener into an impressionistic sunrise, and the “A New Beginning” returns to the open music in a grand finale.