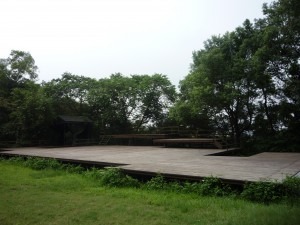 Taiwan is a fascinating place. In 1949, the Republic of China lost Mainland China in the Chinese Civil War to the Communist Party of China and resettled its government in Taiwan. It brought not only its followers, but also a great tradition of Chinese civilization. However, these influential emigrants after 1949 compose only 12% of the 23.2 million people. The rest of the population includes its native Taiwanese, subdivided into the Hoklo People and the Hakka, and the Taiwanese aborigines, which have about 13 minority tribes. Its music, somehow, reflects this interesting demographic in Taiwan. 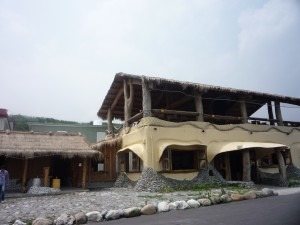 In September, Our Advanced Cultural ‘Leader-ship’ sailed across the South China Sea and landed on Taipei, then Taidong. I went early with some of the shipmates to explore more on the cultural development in Taipei. We visited major concert halls and theatres, the education centre of Cloud Gate Dance Theatre of Taiwan, and the Taipei National University of the Arts etc. We also went to two interesting cultural areas, refurbished from some abandoned factories: one was originally a tobacco factory, which has turned into the Songshan Cultural Park, featuring mainly visual arts exhibitions; and the other one was formerly a wine factory, which has become one of the coolest places for young people – Huashan1914. Creative Park, with its creative arts events, pop concerts and a stylish restaurant founded by pop idol Jay Chou. Amidst this hectic visiting schedule, I was particularly drawn to a trip, about an hour’s drive away from Taipei city, to a music-theatre group, hidden in the forest in the Laochuan Hill and deeply rooted in Chinese culture. They are the world famous Utheatre. 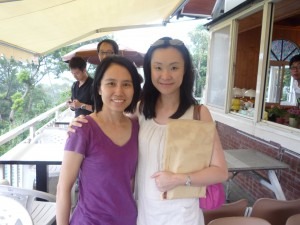 Ruoyu Liu, an artist of profound spirituality, a disciple of the renowned Polish theatre director Jerzy Grotowski, founded the Utheatre in 1988. The pronunciation of the letter ‘U’ is similar to that of ‘excellence’ in Chinese. This music theatre group, which productions combine percussions, movements, stories and Chinese philosophy, has created sensation around the world, with ‘Meeting with Boddhisattva’, ‘Sound of the Ocean’, and ‘Flower Petals on Water’ etc. What really fascinated me is their almost monk-like training. A staff took us to the Laochuan Hill by car. It was drizzling and the road was narrow, winding, and steep. It was hard for us to imagine what it would be like to carry a huge drum on your back while walking uphill, every day, at dawn. The rehearsal/ performing place was simply a wooden platform, with a tree house next to it. The guide told us that this was the place where the performers received training on martial arts, meditation, percussions and Taichi. Rouyu Liu, ChihChun Huang, the drumming master, and this close-knit group of performers believe that meditation can help one’s mind to focus and martial arts can strengthen one’s physique. These ‘U-people’ escaped from the encumbrances of the world to focus on doing one thing to perfection, unleashing unparalleled power when beating the drums in a total state of tranquility. 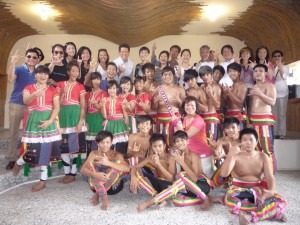 While Utheatre represents the philosophical way of playing percussions, the young people in the Amis tribe in Taidong beat their drums with directness, passion and an innate sense of rhythm. They are the Paw Paw Drum Team. The children make their own drums from abandoned buoys from the ocean, and the drumhead from dried sheepskin. Their name, ‘Paw Paw’ means buoy. I remember the music hall situated next to the Pacific Ocean, often punuated by the sound of the wave and the gentle breeze of the wind. It was rather like a community hall. Grandparents were sitting with the kids and the kids roamed free, clambering in and out of the wooden windows as if they were trees. The performance by the young people there took place on a little platform. As soon as they started, I was totally overwhelmed by their exciting and natural rhythm, passion and most of all, their happy faces. They played wholeheartedly, freely, energetically, one piece after another, as if nothing on earth would please them more than this very moment of making music with friends. When we left the hall and drove away, some of the kids were even running behind our van, waving, to bid us farewell.

Arts can be as profound as that of the Utheatre, or it can be as simple and direct as the Paw Paw Drum Team, given that their performances touch your heart.