Even under the worst of circumstances, when one group of people brutalizes another, despite oppression, the drive to make and create music cannot be suppressed. Research has shown that during the Holocaust, in the most heinous of conditions, the prisoners spawned a treasure trove of music composed in captivity. These works attest to the power of spiritual resistance and the sustenance achieved by creating art. 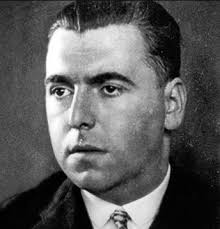 Nazi tormentors used music to mobilize their soldiers and taunt their victims. Photos of talented prisoners who appeared in theater troupes, and jazz, cabaret, and classical ensembles were circulated to the media and used for propaganda to prove how well-treated the prisoners were. Musicians were forced to perform even at the doors to the gas chambers of Auschwitz. They played while slave laborers were marched to and from their daily toil; they played at executions, as detainees embarked from harrowing days on cattle cars, and for meetings, and entertainment of Nazi officers. My father, a cellist, deported as a slave laborer, had he been subject to this torment?

The Nazis fashioned a “model” concentration camp in Czechoslovakia, with a rich cultural life. Terezin, while serving as a transit camp, functioned as a propaganda tool. One-hundred and forty-thousand highly skilled Jews—philosophers, such as Viktor Frankl, musicians, including virtuosos and composers, artists, dancers, painters, poets, and scholars, and 15,000 Jewish children passed through its gates. More than 30,000 Jews perished there, and 90,000 were deported to extermination camps such as Auschwitz.

Regular concerts took place. Composers incarcerated and later sent to their deaths. Pavel Haas, (a student of Janáček) Gideon Klein, (who smuggled in a beat-up piano, which he made useable,) Viktor Ulmann (a student of Arnold Schoenberg) and Erwin Schulhoff (who was encouraged by Dvořák) wrote tangos, song cycles, symphonies, string quartets, operas, and piano sonatas. 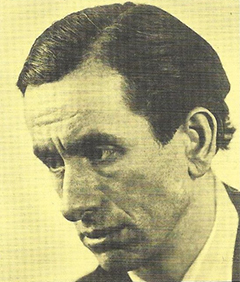 I know now that many artists taken to Terezin, (Theresienstadt) the ‘model’ camp, were forced to stage productions of Felix Mendelssohn’s oratorio Elijah, Giuseppe Verdi’s musical setting of the Catholic Mass Requiem, and even jazz banned from elsewhere in the Reich. The children’s opera Brundibár, composed by Hans Krása, and written by Adolf Hoffmeister in 1938, was performed approximately fifty-five times in Terezin with a constantly changing cast. New arrivals to the camp replaced the children who’d died of disease or malnutrition, or who had been sent to the crematoriums. The International Red Cross came to inspect the “model” ghetto in 1944 and found the ultimate tromp l’oeil—a hastily beautified camp with thousands of prisoners deported to Auschwitz to alleviate the overcrowding. They were duped. Even the grass was painted green.


Nazis Could Torment Them Physically, but Lyrics and Harmonies Were Still Germinated 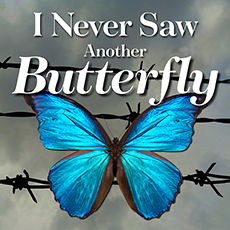 The captive Jews used music to keep their communities intact and their spirits up. They reminisced about better days, feeling more human when singing ghetto songs, humming melodies from their childhoods, chanting bitterly facetious ballads: Blockhouse Resort or Theresienstadt—the Best Town in the World.

With remarkable resourcefulness, poets continued to write, the children even wrote, I Never Saw Another Butterfly and musicians continued to compose until moments before they were shipped to Auschwitz in 1944. The Nazis could torment them physically, but nothing could prevent the lyrics and the harmonies germinating within. Viktor Ulmann himself said, “Our will to create was commensurate with our will to live.”

Virtually every concentration camp and ghetto had music—there were six orchestras at Auschwitz, including a woman’s orchestra conducted by Alma Rosé, a string quartet at Buchenwald, and orchestras in the Vilna and Warsaw ghetto. Olivier Messiaen composed the Quartet for the End of Time at a prisoner of war camp in Silesia. My father and other musicians, like cellist Anita Wallfish, who survived Auschwitz, and pianist Alice Herz-Sommer, who survived Terezin, insist music saved their lives.

Engendering a vision of another and better world, music of protest, Yiddish ghetto songs, partisan ballads, marches, gypsy tunes, love songs; trios, quartets, symphonies, and operas were written in secret, in unspeakable conditions, sometimes on stolen requisition forms, ammunition labels, potato sacks, even toilet paper. Only a small portion of the music could be smuggled out of the camps. Of the survivors, some carried the memory of the compositions and the emotions that plagued them in their minds.

Francesco Lotoro – Giving Voice to the Enslaved Artists and Musicians 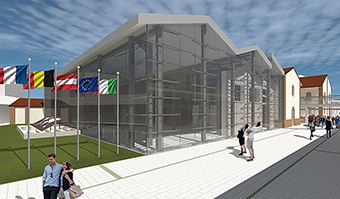 Renderings of the envisioned The Citadel of Concentrationary Music
© Niclangelo Dibitonto

Italian composer and pianist Francesco Lotoro, has spent the last 30 years finding and restoring music written by the enslaved artists, masterpieces only now being recovered and restored. With the help of his wife Grazia, Lotoro has collected and catalogued 8,000 pieces of music—of imprisoned political prisoners and religious objectors, in addition to Jewish compositions. Over 400 works have been recorded.

The project compels Lotoro. He feels he is giving voice to the artists, their last testament. The miracle is all this music could have been lost. The huge undertaking includes arranging or even completing these works to make them performable. Some pieces are simple melodies, some are merely fragments. Lotoro has travelled all over the world searching for the memorabilia of survivors and their descendants. What he found, stuffed in attics and basements, are the hastily jotted songs, fragments of larger works, and completed pieces decaying, needing cleaning and restoration. 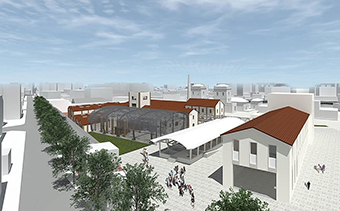 Renderings of the envisioned The Citadel of Concentrationary Music
© Niclangelo Dibitonto

Many of these scores and their composers would never have been known if not for Lotoro.
His plans include raising funds for his “Citadel of Concentrationary Music.” With the help of the Italian government, The Istituto di Letteratura Musicale Concentrazionaria is rebuilding an old distillery to house the collection, to include a library, a museum, a theater, a book store, a learning center with 10,000 items from Lotoro’s collection of concentration camp music, and housing for students and scholars who want to study the archive.

Terezin Music Foundation – Continuing the Legacy of Those Who Perished 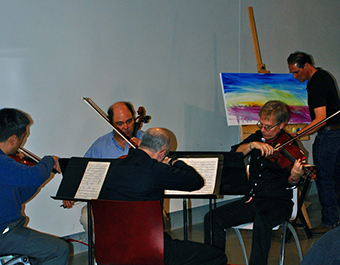 The music of the Holocaust has been surfacing slowly over the last several years. Other organizations have also been working to bring this music to life. The Terezin Music Foundation founded by Mark Ludwig, a former Boston Symphony musician, has been performing the music all over the US and Europe. Founded in 1991, “Terezin Music Foundation took on the urgent work of recovering, preserving, and performing the music created by the Terezín artists. TMF, and, in particular, the Hawthorne String Quartet, has made their musical legacy well known and has firmly established their works in the classical repertoire.” The TMF activities are extensive and include educational projects. Continuing the legacy of those who perished, TMF also commissions emerging composers, in memory of anyone silenced by war or genocide.

Adding Recovered Works in the Catalogue of Classical Music

Conductor James Conlon who has co-founded the Orel Foundation, “Rediscovers Suppressed Musical Treasures of the Twentieth Century.” Their mission is “to encourage interest in and, especially, the performance of works by composers suppressed as a result of Nazi policies from 1933 to 1945…” Their website has moving testimonies as well as articles, and symposia, and they too encourage world-wide performances.

Individuals too are promulgating the legacy of artists who perished. Wolf Durmashkin, a composer and conductor of an orchestra in the Vilna ghetto, murdered in 1943, left us one song. His son, Abe Gurko, has recently made it into a short film, Won’t Be Silent and I am writing my father’s story.

Have a listen. I’m certain you’ll agree that despite losing two generations of talented artists, we are privileged to be able to hear these recovered works, and to add them to their rightful place in the catalogue of classical music. It will be thrilling to witness Lotoro’s citadel come to fruition.