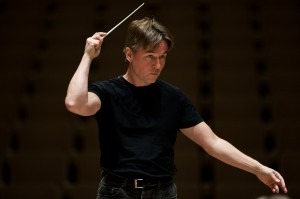 In 1997, conductor Claudio Abbado had a somewhat novel idea. He was looking to establish an independent and free international orchestra that plays at the highest artistic level. Instead of relying on a dedicated government funding structure, Abbado envisioned an ensemble entirely funded by concert revenues, donations and with help from sponsors. Significantly, the 45 core members of the “Mahler Chamber Orchestra,” come from 20 different countries and reflect the incredible vibrant cultural diversity of the 21st century. All decisions regarding repertory, performing venues and concert tours are made democratically with the participation of all musicians. It’s not surprising that the Mahler Chamber Orchestra was proudly designated “Official European Cultural Ambassador 2011-2013.” The ensemble performs a wide-ranging repertoire spanning from baroque operas to world premieres of contemporary works, and participates in significant artistic partnerships that includes Esa-Pekka Salonen, amongst numerous others. Salonen is currently the Principal Conductor and Artistic Advisor for the London Philharmonia Orchestra and Conductor Laureate of the Los Angeles Philharmonic. He is widely credited with revitalizing the organization and bringing the idea of the symphony orchestra into the 21st century. Alex Ross in The New Yorker wrote, “Salonen turned the Los Angeles Philharmonic into the most intellectually lively orchestra in America…the metamorphosis of the Philharmonic was Salonen’s doing, and he thereby gained a place among the visionary conductors of American musical history.” As the Artistic Director and cofounder of the Baltic Sea Festival, Salonen invites celebrated orchestras, conductors, and soloists to promote unity and ecological awareness among the countries around the Baltic Sea. 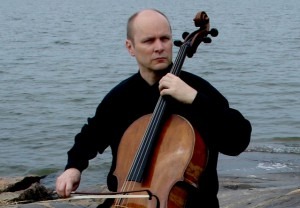 Although he is primarily known as a conductor, Salonen views composition as his primary career. He studied composition at the Sibelius Academy in Helsinki, and released his first large-scale orchestral work, a Concerto for saxophone and orchestra based on the Franz Kafka novel The Trial, in 1980/81. A number of critically acclaimed compositions soon followed, and his orchestral L.A. Variations of 1996 have received numerous performances worldwide. Salonen has always been interested in virtuosity, “and the strange kind of beauty in the idea of a performer doing extremely difficult things for other people to enjoy.” According to Salonen, “the best kind of virtuoso is a musician who is willing to go places nobody has gone before; a virtuoso of the mind as well as fingers.” And one such virtuoso is the Finnish cellist Anssi Karttunen, one of the most renowned and versatile musicians on the classical stage today. A passionate advocate of contemporary music, Karttunen has given over 130 world premieres, including Salonen’s Mania of 2000. Salonen knew Karttunen from his student days at the Junior Orchestra of the Sibelius Academy, and wrote a “bizarre and violent, very ugly, but a virtuosos vehicle nevertheless,” for his schoolmate in the late eighties. In the spring of 2000, according to Salonen “I finally decided to write a concertante piece for Anssi and a small orchestra. I wanted to compose music, which consists of a number of relatively simple gestures or archetypes, which are constantly evolving and changing; not so much through traditional variation techniques, but trough a kind of metamorphosis.” Mania is about movement that never stops. “The tempo fluctuates between extremes, and gestures become other gestures. Transitions are quite often seamless, with a new thing starting before the previous one has ended. The role of the cello varies from a clear solo/accompaniment situation to merely being a part of a chamber ensemble—and all the shades between these extremes.”

Mania will be performed by the Mahler Chamber Orchestra with Esa-Pekka Salonen at the 29th Macao International Music Festival on 7 October 2015.