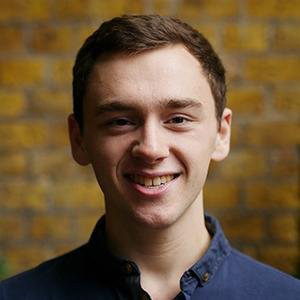 The classical music world today is rife with startups – everywhere you look, there are exciting new orchestras, opera companies, choirs, and all manner of small ensembles. Yet while there are many people working at rethinking the way we experience music, there aren’t so many who are examining the way that the music profession itself could work in a new, super-connected age. Cambridge graduate James McAulay is one of them, though – his brainchild, a new online service for connecting musicians across the globe called Encore, is already making waves in the UK, and when I met him, his ambitions spread much further than that. I met James near his office in London’s Barbican area, and began by asking him to define what Encore is.

‘Encore is an online network of musicians’ he said, ‘and our mission is to help them find new opportunities. We offer every musician a space to create an online portfolio, like a sort of musical resumé, which is connected to our directory of individuals, ensembles and concerts that makes finding musicians easier than it has ever been, and gives musicians a platform upon which to kickstart their careers.’

McAulay’s passion for his work is clear – I asked him where that passion came from, and how he started Encore. ‘I was born into a musical family – my parents actually met in an orchestra! – and I played the cello and piano from a young age. I went to a specialist music school in Glasgow, which was a wonderful experience, but in the end I decided that performing was something I wanted as an evening and weekend pursuit , not my profession. So I went to Cambridge to study Computer Science – though I spent just as much time surrounded by music as I did machines. While I was there, I began to wonder why a directory of Cambridge musicians didn’t exist – it would have made putting on concerts so much easier. So after I graduated I joined Entrepreneur First, who introduced me to my co-founder, James, and gave us support to get the idea off the ground before we launched in Cambridge last October.

Encore has only been live for a year, but they already seem to be finding success, especially in the search for the holy grail of startups – funding. ‘It’s going really well’, James admitted, ‘, and we’re just about to hit 3000 members. We’ve been launching exclusively at the UK’s music colleges and universities, where there are ready-made communities of musicians that Encore can help, and the number of musicians being booked for concerts through Encore is rising steadily. We’ve also had interest from some major industry figures, such as Eric Whitacre and Intermusica. We spent a few months fundraising, which taught us a lot, and we’ve now got our own office and are looking to hire full-time employees. We’re at a really exciting place right now.’ 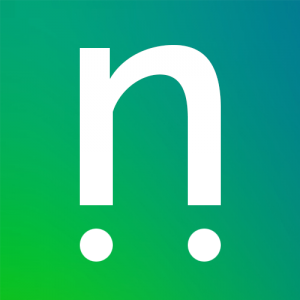 I asked James how he saw Encore developing from this strong base. His ambition is impressive. ‘In the next year, we’re looking to have the majority of UK musicians on Encore, and within five years, the majority of musicians across the world. There are a lot of ad hoc solutions online to the problem of finding musicians – noisy Facebook groups and so on – so we’re about to release a new part of the website where paid work can be broadcast and fulfilled in a centralised and efficient way. We’ve also taken a rich, innovative approach to concert listings, and we see our platform eventually becoming akin to the IMDb of music. We want Encore to be a resource for musicians at every stage of their careers – whether you’re a young student or an experienced soloist, Encore offers a way to broadcast what you’re doing to a worldwide network.’

I ended by asking James why he thought this work is important. ‘In the current musical climate, self-promotion is vital. We see Encore as something that can really help in that process – we are offering every musician, for free, a super-connected online presence that lets him or her show what they do, and what they want to do musically. A worldwide directory of musicians has so much inherent value, and so much potential. That’s very important.’

As James says, we live in an age of self-promotion in all fields, and Encore seems to offer an exciting and comprehensive new platform for that. I chatted to James about this for a while longer – but then he had to head back to his office, to continue his work of connecting every musician in the world.

Encore is a free online musical network. Interlude readers can skip the waiting list by clicking this link and following @joinencore on Twitter.