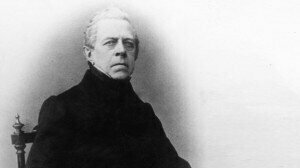 Franz Berwald just couldn’t wait to leave provincial Stockholm behind. With a number of compositions in his back pocket, he departed for Berlin in 1829 to follow his musical calling. He had some distant relatives in that city, and alongside Leipzig and Dresden, Berlin ranked among the great European musical cities of the time. Goethe’s friend Friedrich Zelter was one of the most sought-after teachers in all of Europe, and his student Felix Mendelssohn even maintained a private orchestra. Berwald was initially eager to find a foothold at the Royal Opera, but the aging Gaspare Spontini successfully blocked all his attempts. After years of growing frustrations, Berwald officially said goodbye to music and opened an orthopedic institute in September 1835. In fact, Berwald had been interested in rehabilitation, exercise and physiotherapy for some time, and he had seemingly been privately practicing since 1832. His clinic at Taubenstraße 11 became a huge success, and he took on the teenage Mathilde Scherer as his assistant.

Franz Berwald: Piano Quartet in E-flat major
Since the running of the orthopedic institute took all his time, Berwald stopped composing. However, he did not lose heart. On 17 August 1838 he declared, “Art may be coupled only with a cheerful frame of mind. The weak-willed should have nothing to do with it. Even if interesting for a moment, in the end every sighing artist will bore listeners to death. Therefore: liveliness and energy—feeling and reason.” His newly found enthusiasm for music was in no small way connected to his growing romantic entanglement with Mathilde. She was only half his age, but had a keen mind and a strong interest in the arts and in music. What began as an employer/employee relationship soon blossomed into a full-blown romance. Franz sold his medical facility and went to Vienna, taking the young Mathilde with him. To legitimize the relationship, Franz Berwald and Mathilde Scherer were married on 1 April 1841. Re-energized by his young wife’s vitality and attention, Berwald took up music once again. 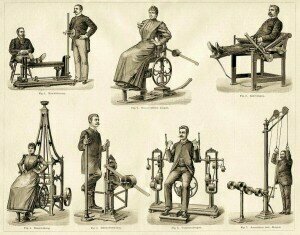 Franz Berwald: Symphony No. 1, “Sinfonie sérieuse”
Berwald’s renewed creative activity was publically showcased at a concert at the Redoutensaal in Vienna on 6 March 1842. The Allgemeine Theaterzeitung described his compositions as “of great interest, notably for the originality of their material, their ideas and the disposition of their elements, and also of the treatment of the forms, and the composer’s use of the manifold possibilities and the power of the orchestra.” Franz and Mathilde returned to Stockholm on 18 April 1842, and the success of his orchestral compositions during his stay in Vienna seems to have been the catalyst for the series of four symphonies that he wrote in the space of the next three years. The only symphony Berwald heard performed during his lifetime, however, was the Sinfonie sérieuse, which was played at a concert at the Stockholm Royal Opera House on 2 December 1843. The symphony received appalling reviews, and once again forced Berwald into the world of business and commerce. However, supported and championed by his wife—who gave birth to their son Hjalmar Berwald in 1848—he never completely gave up composing again.

Franz Berwald: Piano Quintet No. 2 in A major 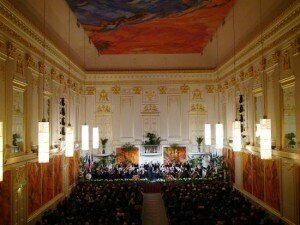 Berwald continued in vain to chase international success, and he found a sympathetic supporter in Franz Liszt. “As far as supposed connoisseurs and musical experts are concerned,” he writes, “they have ears, but they hear not. Believe me, sir, you must not allow yourself to be influenced by these many critics with big ears, rather continue to compose as your heart and fantasy dictates. You truly possess originality but you will not enjoy success during your lifetime. Nevertheless you must persevere.” Berwald was relatively unconcerned about forging a Swedish national identity in his music, and wrote a number of song settings of French and German texts. As expected, critics suggested that he “might be a better composer of instrumental than of vocal music.” He certainly was one of the seminal composers of the first half of the nineteenth century, and a precursor of the Scandinavian symphonic school that blossomed half a century later. Franz Berwald died of pneumonia in 1868, and his wife outlived him by 20 years.