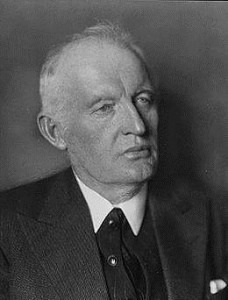 A recent exhibition at the Museum of Fine Arts in Richmond, Virginia ‘Jasper Johns and Edvard Munch: Love, Loss, and the Cycle of Life’ brought together works of the two painters, the Abstract Expressionist Jasper Johns (1930-) and the Norwegian Expressionist, Edvard Munch (1863-1944). Although artistically at seemingly opposite ends, both claimed to have been inspired by the German Renaissance painter, Matthias Grünewald’s, whose ‘Isenheimer Altarpiece’, now at the Unterlinden Museum in Colmar, France, in turn had inspired Paul Hindemith’s composition, ‘Mathis der Maler’ (Mathis the Painter). Johns and Munch were also inspired and worked with writers and composers of their respective times. In this first of two articles, I will concentrate on the paintings of Edvard Munch, who also drew inspiration from the works of the dramatist Henrik Ibsen and the composer Edvard Grieg.

Munch’s Self-Portrait with a Bottle of Wine, 1906

Munch, Ibsen and Grieg shared a common determination to subordinate form and nature to emotional and visionary experiences. Munch’s painting ‘The Scream’ (from The Frieze of Life) is a perfect example of Munch’s personal experience. He described it on a walk with his friends as follows:

“One evening I was walking along a path — on one side lay the city and below me the fjord. I was tired and ill. I stopped and looked out across the fjord. The sun was setting. The clouds were dyed red, like blood. I felt a scream pass through nature; it seemed to me that I could hear the scream. I painted the picture – painted the clouds as real blood – the colors were screaming. This became the picture ‘The Scream’ from The Frieze of Life”. 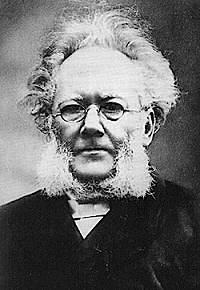 This places Munch clearly within the grouping of the European avant-garde, and in particular the German Expressionist painters, such as members of Die Brücke in Dresden, the Blaue Reiter group in Munich and the Sturm/Die Neue Sezession in Berlin. As Kandinsky (part of the Blaue Reiter group) remarked: “When religion, science, and morality are shaken (the last by the strong hand of Nietzsche) and when outer supports threaten to fall, man withdraws his gaze from externals and turns it inwards. Literature, music and art are the most sensitive spheres in which the spiritual revolution makes itself felt. They reflect the dark picture of the present time and show the importance of what was at first only a little point of light noticed by a few” (‘Concerning the Spiritual in Art (Űber das Geistige in der Kunst’ München, 1912). This, of course, was particularly pertinent for artists before and after World War I.

Munch lived in Berlin for several years and became involved with an international circle of writers, artists and critics, including August Strindberg, whose portrait he painted in 1892. His works, drawing inspiration from Ibsen’s plays (he had met Ibsen in Norway), brought him a commission by Max Reinhardt, one of the most important avant-garde theater directors in Europe, who had started his career in Vienna with the Vienna Secession. Munch was asked to paint the set-designs for Ibsen’s play ‘Ghosts’. In many ways this commission represented a sort of self-portrait of his own life’s drama, i.e., the tragedy of the painter Osvald Alving, lusting for life yet unable to work, under the curse of heredity, feeling condemned to ruin and destruction.

The schism between awareness of death and longing for light and redemption – Osvald’s exclamation “Give me the sun” – was part of his own tormented mind. Munch begins to favor a shallow pictorial space and minimal backdrop for his frontal figures … poses were chosen to portray images of a state of mind and psychological conditions… his figures playing ‘roles’ as if on a stage… he wrote: “No longer should interiors be painted, people reading and women knitting: there would be living people, breathing and feeling, suffering and loving”. Ibsen’s plays became constant literary sources for Munch’s paintings, such as the poster for the production of Ibsen’s ‘John Gabriel Borkman’ which shows a portrait of Ibsen. 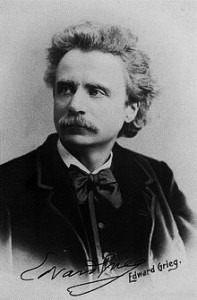 The connections between Ibsen and Grieg – two great minds thinking alike – were constant and profound. ‘Peer Gynt’ brought them together and immortalized them both. On January 23, 1874 Ibsen wrote a letter to Grieg from Dresden, asking him to compose the music for his play. The letter is preserved in Norway’s Literary Archives and is astonishing with regard to the musical detail Ibsen envisioned, such as: “The musical treatment of the scene with the three cowherd girls must be left to the discretion of the composer, but there must be lots of deviltry in it! The monologue should, I think be accompanied by chords, in melodramatic style….. there must also be some kind of musical accompaniment to the scene in the Hall of the Mountain King… in the scene with Boyg… bird cries are to be sung; the bell ringing and the psalm singing should be heard in the distance….”. The production was a great success, both for Ibsen and Grieg, but Grieg was not very happy with the music and continued with an extensive revision, adding additional pieces. 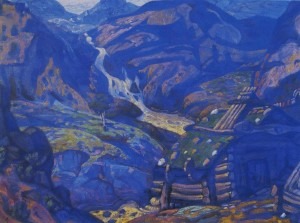 The ‘Peer Gynt Suite’ became the resounding success it still enjoys today. In the spring of 1876 Grieg composed the music for six poems by Ibsen. That same year Grieg was profoundly shaken by the loss of his parents, and Ibsen’s poems reflected the existential gravity of his situation – linking him to the existential ‘angst’ of Edvard Munch — words, music and painting expressing each in their different own form, a universal message.