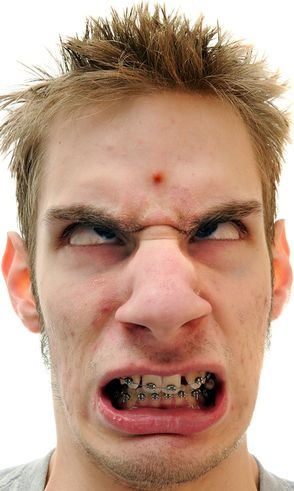 Acne is an annoying and often embarrassing skin disease that frequently plunges the teenage world into turmoil. If we can trust medical advice, one should never pick, gouge, pop, scratch or squeeze the infected skin as this might easily result in acne scarring. Too bad Alexander Scriabin’s doctor did not heed the advice of his fellow health care professionals. In 1914, Scriabin was on tour in London and had slightly cut himself shaving. On 15 March he wrote, “On top of everything, a little sore appeared on my lip and gives me great pain. We went to the doctor who lanced it and drained the abscess of some sort of liquid hoping it would go away. Mine did not go away and I had to appear before the English public for the first time with a swollen lip!”

Scriabin was a complicated man. Addicted to alcohol and under-aged girls, he considered himself a messianic figure. He engaged in a variety of flying experiments and once tried to walk on water. He planned to write an opera in which he would personify the hero. Scriabin considered himself the magician of heavenly harmony with the power of love and the strength of personal wisdom. “I am the apotheosis of world creation,” he wrote, “the aim of aims, the end of ends.” He experienced synesthesia, a neurological phenomenon in which stimulation of one sensory or cognitive pathway leads to involuntary experienced in a second sensory or cognitive pathway. In simple terms, this means that Scriabin heard music as colors! He even invented an instrument that could be played like a piano to project colored light into the concert hall. He was also extremely vain, taking hours on end to groom his mustache. But above all, he was mentally ill and everybody knew it! 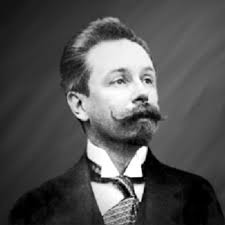 By 1915, Scriabin was working on a gigantic multi-media project called Mysterium. It was intended for performance in the foothills of the Himalayas over a period of seven days. “Bells suspended from clouds would summon spectators. Sunrises would be preludes and sunsets codas. Flames would erupt in shafts of light and sheets of fire. Perfumes appropriate to the music would change and pervade the air, and the world would dissolve in bliss.” Scriabin had managed to compose roughly seventy pages of music when the pimple on his upper lip returned on 4 April 1915. Trouble was, the pimple was accompanied by high fever. Three days later the furuncle was infected and Scriabin bedridden. Moscow’s medical elite was summoned to perform surgery on his face, but bacterial infection began to overwhelm the composer’s body. When Scriabin realized that he was dying he simply cried out, “This is a catastrophe!” Scriabin died on 13 April 1915, aged 43, of septicemia. There are at least two morals to this story. First, be careful shaving; and second, leave your acne alone!