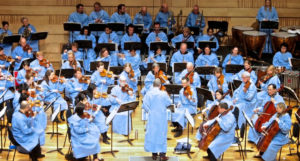 In a previous article on Medical Musicians, I looked at the question of why people in the medical fraternity are drawn to making music in groups much more than other professional bodies. This article highlights many of the doctors’ orchestras around the world. Please feel free to add your orchestra or group in the comments section if I missed out on including your local medical musicians.

The World Doctors Orchestra was founded in 2008. They say that they “combine the pleasure of fine music with global medical responsibility”. We all know how conscientious doctors are, and taking that attitude into the concert hall makes for some fine music-making. Here they are performing Beethoven’s Coriolan Overture.

We see here the European Doctors Orchestra performing in Verona, Italy. This group play all around Europe. They perform at least two charity concerts each year, which benefit specific projects. But, like so many music groups around the world, they have had to cancel coming concerts due to the COVID-19 virus running amuck.

Kiwis have their own New Zealand Doctors’ Orchestra. They have added some well-known medical sounds to the beginning of their Promo Video. They say that they are there to “enhance work-life balance” for their medical musicians.

“Enriching our communities through the healing power of music”. That’s the tag line of the Los Angeles Doctors Symphony Orchestra. The LADSO is another group of medical musos who “support important medical causes”, as well as “providing musical growth and fellowship for its performing members”. Here they are sounding out Rossini’s William Tell Overture.

The Hong Kong Medical Association Orchestra, like most medical musical groups, the HKMAO is all about giving. More than HK$5 Million has been raised over the past 13 years for charities and societies that help people out. Have a listen to them performing Rachmaninoff’s Piano Concerto No. 2, with Rachel Kwong at the piano.

In 2015, Sean, an eight-year-old boy who was under treatment of rhabdomyosarcoma (a soft tissue malignancy), performed Mozart’s Piano Concerto No. 12 with the Physician’s Chamber Orchestra of Taiwan (PCOT), conducted by his dad. The concert was dedicated to the contribution of Childhood Cancer Foundation in Taiwan. PCOT has performed more than 100 concerts around Taiwan and overseas. They have given so much to so many by raising funds for charities from their music-making. 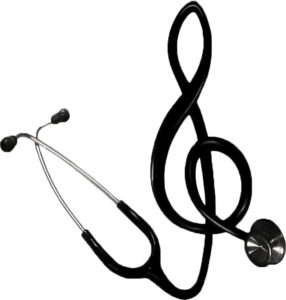 Having seen and heard the NSW Doctors Orchestra of Australia play, I can attest to their flair for musicianship. That said, at the concert I saw, the conductor had to stop the orchestra and restart the piece they were playing. While this is very uncommon, I once had it happen to a piece of my music played by a school orchestra, so I know how they feel.

The Australian Doctors Orchestra, who alternate their base between locations around Australia, also perform all over this rather large country. During the celebration of their 10th year in 2002, they had 170 players perform in that concert. They feature internationally renowned musicians as soloists in several of their concerts. Here they are performing Tchaikovsky’s Piano Concerto No. 1, with Evgeny Ukhanov as the soloist.

Some medical musicians get together with singers to create a monumental sound, such as the London Doctors’ Orchestra and Choir. While they have no videos of their performance, you can listen to a selection of their recording on their SoundCloud site.

Of course, we all know that New York has at least one of everything known to humankind within its boundaries, so of course, they have the Doctors Orchestral Society of New York. Founded way back in 1938, they perform up to six concerts a year. Now that’s a lot of effort on top of their usual workload, but doctors, as we know, are superhuman. Here they fly into the second movement of the Symphony No. 2 in D Major by Johannes Brahms.

While there are many other doctors and medical orchestras around the world, the number of these groups in the field of medicine far out way any other profession. With the dedication it takes to become a medical person, and on top of that, grow to be a musician good enough to perform some of the most difficult and loved music from around the world, this speaks volumes about the devotion and mental and physical fortitude of our world’s dedicated medical people. We should all be standing on balconies and in the streets and clapping them loudly.