Composers Inspiration
Dining with Ravel – The Ceramics of Clarice Cliff
by Maureen Buja May 7th, 2020 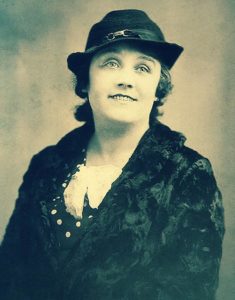 When we think of composers as creative inspirations, we don’t often think of them appearing as coffee cups. The English ceramic artist, Clarice Cliff (1899-1972), started working in the pottery business when she was just 13 and became one of England’s leading designers of creative pottery.

For women in the early 20th century, a job in pottery often meant doing one task over and over, with little change anticipated, as it meant lowered wages while you were learning a new job. Jobs included hand-painting pottery such as outlining, filling in the outlines in colour, or adding on the edge bands for plates. 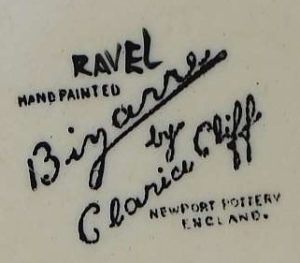 Cliff tried all those fields plus learning modeling of figurines, how to make vases, and gilding. From conservative Victorian to the modern ‘Bizarre’ mode, styling of dinnerware was changing in the 1920s. Artistic ideas such as abstract or cubism became favoured and Cliff led the way in her creations.

Of particular interest to us is her Ravel collection.

Part of Cliff’s ‘Bizarre’ style, Ravel had an abstract leaf and flower pattern in black, green, and orange against a cream background. The cream and sugar are conical and rest on triangle feet. 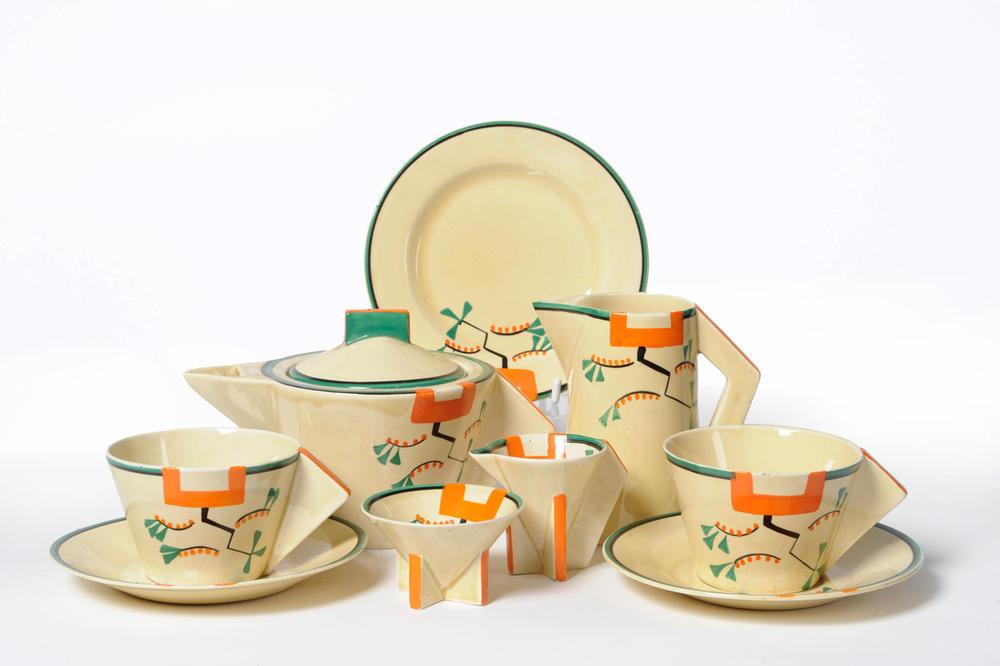 The cups are also inverted cones, with triangular handles. The design from the cups also appears on the plates. 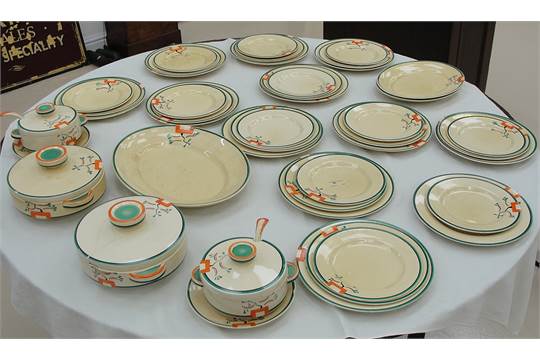 Ravel wasn’t only a coffee service but also was made as a full dinner service, which included not only the plates and tureens seen here, but also gravy boats, cruets, and sardine boxes, as in a recent auction. 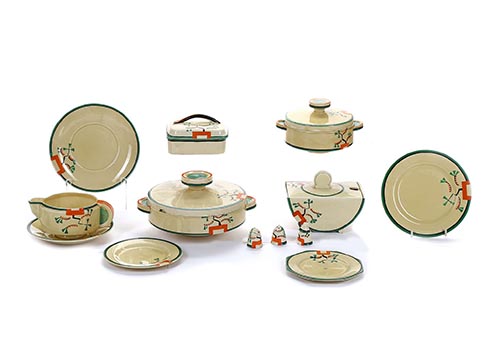 Now, the question for us, in the end, is what music by Ravel could have inspired her?

The swirls and flourishes of the Rapsodie espagnole?


The sinuous lines of La Valse?


The pavane for the dead princess?

Ravel had so many styles, it was probably more of a feeling of Ravel than an actual piece, but just the idea of Ravel.

This isn’t the only Ravel pottery – the Japanese company Noritake also made a Ravel dinnerware set between 1972 and 1982, but it’s in a very light blue and white and not nearly as ‘bizarre’ as Cliff’s Ravel. 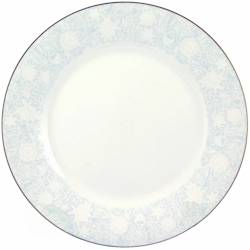