Although the source of the name is clear, the history of the dance itself is not. The Saltarello takes its name from the Italian verb saltare, meaning ‘to jump’, and it was the peculiar jumping step used in the saltarello that led to its name.

This dance originated around Rome and was described in the early 19th century as the ‘most danced’ in Rome at the time. The characteristic step was executed by jumping from one foot to the other, with the dancer either remaining on the spot, moving backwards and forwards, or turning around on oneself. The only compulsory move, the “salto”, the jump, gradually becomes more and more lively and underlined by a more decisive beat of the drum. It’s not just the feet that were moving – the arms were held in the air or, for women, held at the side with the apron held in one hand or with both hands. 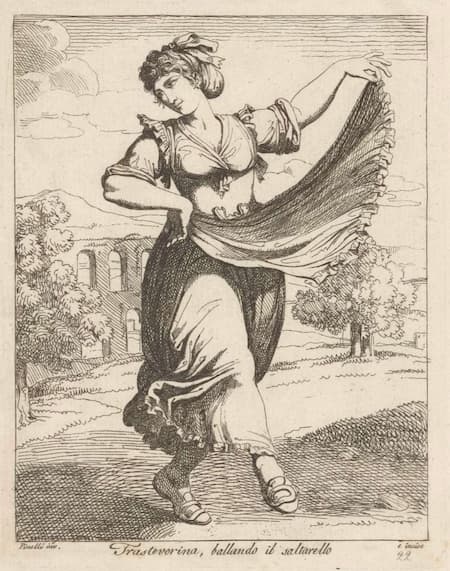 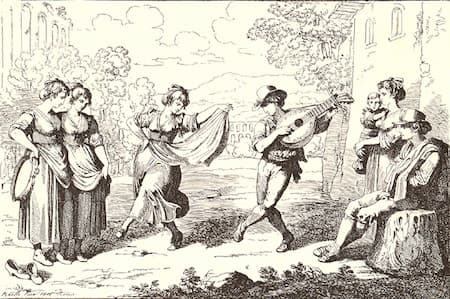 In Rome, the pair of dancers faced each other and in the Roman countryside, they might dance side by side, resting their arms around each others’ shoulders, or interweaving their arms around each others’ bodies. The majority of the dance was improvised except for the jump. A 19th-century writer described the dance as marking out ‘a complete declaration of love. Jumping and turning, the one around the other, the dancers express, one at a time, the passion that they pretend to feel, the wish to please, the joy or pain, the jealousy and the hope; for the finale the man falls to one knee to convince his beloved, who gradually draws closer to him, always dancing; when she curtseys with a smile, as though to ask for a kiss, her lover rises triumphantly and a few light and lively jumps conclude the pantomime…’. 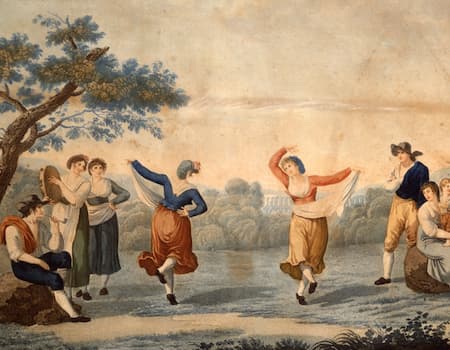 Pinelli: Country dance on the outskirts of Rome, before 1825 (Museo di Roma in Trastevere)


The saltarello traveled the world and we have examples from 17th-century South America, such as this saltarello.


In Joan Ambrosio Dalza’s book of dances for the lute, the saltarello appears – the steady beat in the music would have been an aid to the dancers, but there’s also a flexibility to give the dancers the chance to make their own additions to what was a largely improvised dance.


The dance continues to appear, generally in places where the post-Renaissance composer wants to make a reference to Italy, or more specifically, southern Italy. 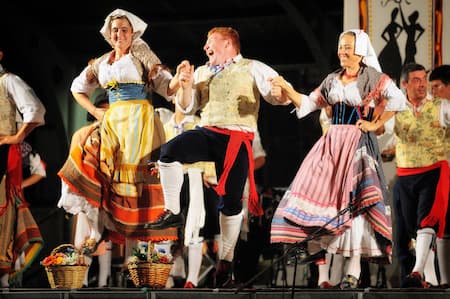 Modern saltarello dancers from the Marche in Italy (photo by E. Balestra)

Leonardo De Lorenzo (1875-1962) wrote a virtuoso piece for clarinet based on the dance and the traditional music of southern Italy.


Probably the most famous of the modern saltarellos, though, was the one written by Felix Mendelssohn after his Italian journey of 1831. The fourth movement of his Italian Symphony takes the quickness of the dance and multiplies it until the feet can no longer keep up. 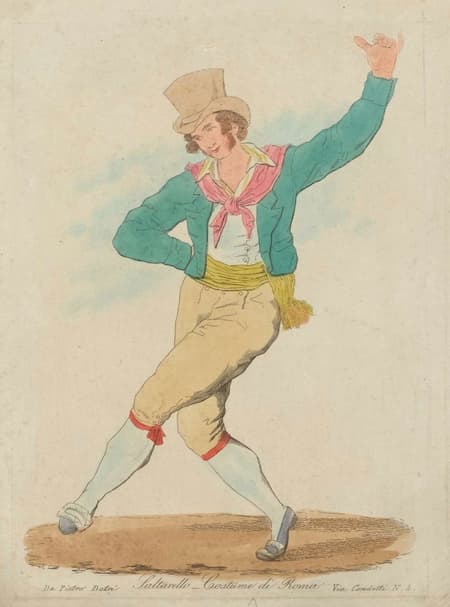 
From a courting-couple folk dance to a sophisticated memory of a beloved trip through the sunny south, the saltarello has always had the power to evoke dance.