In Tune Society
Curse from the Gods
by Desiree Ho July 23rd, 2017 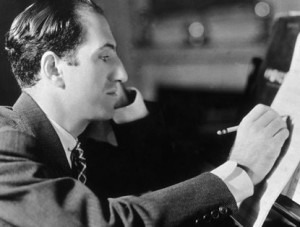 Despite the fact that epilepsy has appeared in medical history as early as 400 BC and an estimated 50 million people around the world are affected by it1, there are still many misconceptions that surround the condition.

One reason may be that the uncontrolled shaking that often follows an epileptic episode is sometimes portrayed as ‘delirious’ or even ‘violent’. In fact, the word ‘epilepsy’ itself is derived from the Greek word meaning “possession”, as the Greeks believed that it was a supernatural condition resulting from a curse from the gods.

Have the views on epilepsy changed in recent times?

With advances in research and medicine, we now know epilepsy as a neurological condition due to disorders in the brain’s electrical system, sometimes caused by some form of brain injury. Some other reasons may include oxygen deficiency at birth, meningitis, encephalitis or stroke. That said, the cause of epilepsy sometimes remains unknown.

Yet, in a face-to-face interview with 365 persons in Nigeria without epilepsy in 2011, it was shown that 81.4% of the interviewees believed that epilepsy was attributable to witchcraft, while 26.8% attribute the condition to demonic possession. Furthermore, 33.7% of the interviewees preferred ‘spiritual exorcism’ as a means of treatment.

In China, a public awareness survey in 1992 showed that 72% of Chinese parents would object to their children marrying someone with epilepsy, and 31% of respondents believed that people with epilepsy should not be employed.

In the UK, it was only until 1970 that the law forbidding people with epilepsy to marry was repealed. 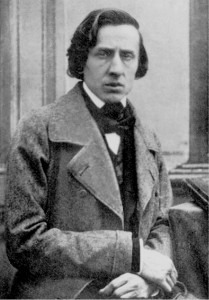 Likewise in the United States, it was legal to deny people with seizures access to public buildings such as theatres, restaurants and recreational centres up until the 1970s.

Just because someone has epilepsy does not mean they are less capable. In the music world, one of the most famous musicians suggested to have suffered from epilepsy according to modern medicine is George Gershwin.

George Gershwin: Rhapsody in Blue
Eugene List|Berlin Symphony Orchestra|Samuel Adler
From 1934-37, the renowned composer of ‘Rhapsody in Blue’ and ‘An American in Paris’ first complained of headaches, dizziness and smelling “burnt rubber”. During a concert in 1937, Gershwin suffered a musical blackout, and further collapsed while working on a score in early June the same year. He died two days later on July 11 at the young age of 38, reportedly of a brain tumour.

Current speculations and studies now also suggest that Frederic Chopin probably suffered temporal lobe epilepsy, along with the many ailments that haunted the composer throughout his life.

Chopin: Piano Sonata No. 2 in B-Flat Minor, Op. 35, “Funeral March”
Emil Gilels
In one of his letters, Chopin described that he saw creatures coming out of the piano which forced him to leave the room during his performance of Sonata in B flat Minor in England in 1848.

Although he did not seem to have suffered from any seizures, Chopin’s complex visual hallucinations is considered by researchers to have been a symptom of epilepsy.

Despite their own battles with the disorder, both composers have left us a legacy of masterpieces that continue to influence the music world even today. 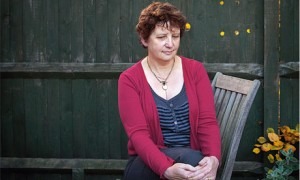 Did you know that seizures have been reported to have been caused by music? It was discovered that certain types of music or frequencies of pitch were able to trigger an epileptic reaction in some patients.

This type of epilepsy was coined ‘musicogenic epilepsy’ by Critchley in 1937. The condition is very rare, and the triggers may range from simple sounds to very specific tunes depending on the patient. For some, even thinking about a tune or the emotions associated with a tune can trigger a reaction.

Julie Congleton was one of these rare patients. She described her life as ‘restricted’, as even turning on the television or getting into a lift was ‘a gamble’. Even the sounds of a few notes would start a strange humming in her head, followed by a seizure where she would wander in a daze, and experience hallucinations. Her neurologist then had not heard of musicogenic epilepsy, and simply dismissed her as a ‘neurotic’.

Learning to live with her condition, she learned to never leave the house on her own, often stuffed her ears with cotton wool, and made sure that her family was around to protect her from any music. She called her social life “rubbish”, citing that pubs, parties, and even music at her wedding were a big no-no.

It was only when she moved from Lancashire to Kent that her local doctor referred her to London’s King’s College hospital. The neurologist there was aware of musicogenic epilepsy and was very excited to see a real person with the condition.

An MRI scan showed that Congleton had scarring in her brain’s right temporal lobe. The neurologist suggested an operation, offering to tidy up the scarring even though the actual scar could not be removed. Congleton jumped at the opportunity and was completely free from musicogenic epilepsy after a twelve-hour operation.

Now free from the condition and able to enjoy all types of music, parties, and music programmes eleven years later, Congleton explains how embarrassed she felt about having epilepsy, experiencing what she calls “medieval attitudes” towards it and having to hide her condition from everyone.

Even though our understanding of epilepsy today has progressed greatly since the condition first emerged in medical records, social stigma and discrimination stemming from old beliefs still seem to influence our modern culture and society.

As a result, the social consequences of living with epilepsy are often more severe than the actual seizures themselves. The truth is that there are many ways to treat and control epilepsy and new treatments continue to develop. People with epilepsy can live enriching lives just like any other person, provided that distorted beliefs or embarrassment due to their condition do not cause them and their loved ones to shy away from learning about the disorder and seeking the right treatment.

1 According to 2012 World Health Organisation Statistics