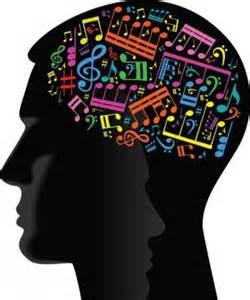 Have you had the horrible feeling when you’re playing a concert—“CRAP—I don’t know what comes next?” It’s demoralizing and embarrassing. A memory slip can destroy your confidence. Memorization is one of the biggest challenges for a musician—often causing panic, sweaty palms, nightmares, and heart palpitations. Legend has it that many famous performers have had fears of memory slips. Even my teacher Janos Starker told me that he felt like throwing up before a concert. Arthur Rubinstein would imagine the piano morphing into a shark that would devour him onstage before everyone’s eyes. Vladimir Horowitz, Rubinstein’s nemesis, often had to be pushed onto the stage by his wife Wanda.

There is a tragic story about Van Cliburn’s much-anticipated comeback in 1994, after a performing hiatus of nearly sixteen years. He was to play the piece he was most associated with—the Tchaikovsky Piano Concerto, the piece that catapulted him to fame after he won the gold medal at the Tchaikovsky Competition in Moscow in 1958. Following intermission Cliburn was to play the Rachmaninoff Concerto in D—a double dose of pleasure for the 14,000 people in the audience. The venue was the Hollywood Bowl and the excitement was palpable. All was well until the final movement. Then Van Cliburn had a memory lapse. The orchestra scrambled. Go on? Stop? Hope he finds his place? Everyone was visibly shaken especially the pianist. Somehow they made it to the end.

After intermission the orchestra took their seats, they tuned and waited. And waited. Ten minutes passed. Finally someone announced over the loudspeaker that Van Cliburn was indisposed. The pianist himself came out onto the stage and apologized. He said that he was dizzy and he couldn’t possibly tackle the Rachmaninoff Concerto with its extraordinary demands. Van Cliburn did not want to disappoint the audience so he sat down at the piano and played four little encore pieces. Later he admitted privately that after the minor slip in the Tchaikovsky he was filled with dread at what could happen in the more challenging concerto. 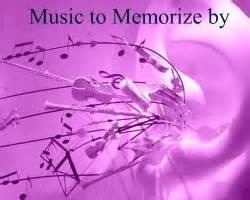 Sometimes memorizing can actually be to your advantage. I remember so many scary Saturday morning master classes in Starker’s studio at Indiana University. Once when I was in the hot seat, I was playing the Beethoven C-major Sonata for Cello and Piano, one of my favorites, in the windowless, chilly room packed with students. In the middle of the first movement all the lights went out without warning. It was pitch dark and impossible to see anything so no one moved. I kept playing. I remember the pianist did too, at least for a few bars. After several tense minutes the lights came back on and I was still playing. The attendees clapped thunderously. Even Starker, who wasn’t impressed easily, was amused.

Why is playing with the sheet music considered a stigma? I’ve always felt that if the musician is able to perform with more transcendence, not to mention ease, why not use the music? If a performer doesn’t play from memory are they any less of a musician?

Poor pianists! The tradition is to play from memory. They have to remember fistful of notes. The same expectation is placed upon string players, unless they are performing a contemporary work with miasmatic rhythmic changes, and Herculean passage work. The current trend for string quartet to play standing (Brodsky – including for the cellist) and from memory has me nonplussed! The Chiara String Quartet’s new album Brahms by Heart is just that— a recording of all the Brahms string quartets from memory. Wind soloists on the other hand, have always been given dispensation to use the music. Why this unfair unwritten policy?

Since playing from memory is still in fashion, practice the following four techniques to reinforce your memory:

1. Do not rely on finger memory. Digital memory is the least reliable. Be able to play the work with different fingerings or bowings. This will confirm that you are not merely relying on “letting your fingers doing the walking.”

2. Know the music so well that you can name the notes and sing the music. Or play the piece on another instrument.

3. Visualize the music so that you can actually see the page in your mind. “Play” the music in your mind in real time visualizing every nuance.

4. Listen to recordings of your pieces whenever you can. Mental practice is just as effective as physical practice. Reinforce your memory simply by listening, even when you’re unable to practice.

Now that you’ve backed up your memory digitally, visually and aurally you are ready to do a test drive of your program. Perform for your scariest friends in a large venue and don’t stop for anything. The holes in your memory will become immediately apparent. Focus on these spots.

After I had a family, my practice time had to be cut way down. The nights were often interrupted and so I was sleep deprived. I became more efficient at practicing but to try to memorize something seemed difficult if not impossible. I decided to forgo memorizing my solos. Has anyone complained? No!

During times of stress give yourself a break. When you’re focused on interpreting the piece you are playing, rather than whether your memory will lapse, the music will flow more beautifully and unperturbed. Your performance will inspire you and the audience.