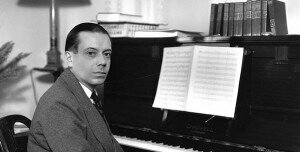 It’s not easy being the son or daughter of the richest person in the whole wide word! Just ask Kate Cole, daughter of James Omar Cole, at his time, the richest man in the US state of Indiana. Kate was treated like a princess and showered with the most expensive toys, clothes and jewelry. She received the best general education money can buy, and that included very expensive instructions in dance and music. Above all, Kate Cole developed a rather expensive and eccentric taste. When her daddy introduced her to a number of suitable and high-powered businessmen for the purpose of marriage, Kate rebelled. Instead of following her father’s wishes, she married a weak, shy and ineffectual, although moderately successful pharmacist named Sam Porter from her hometown of Peru, Indiana. Daddy Cole was furious, yet considering his esteemed social image, financially subsidized the couple. Living on a generous allowance for the rest of their lives, Kate gave birth to a son on 9 June 1891, christened Cole Albert Porter.

Young Cole displayed some early musical talent, studying violin at age six and starting piano lessons at age eight. His mom did everything in her powers to vigorously promote her little darling. She subsidized the student orchestra so her son could be the featured violin soloist. When Cole began composing his first songs, mom paid to have them published and numerous copies were handed to family, friends and the local press. She even falsified his school records to make him appear more intelligent and mature for his age. Despite, or because of his overbearing and overprotective mother, Cole really blossomed during his undergraduate studies at Yale University. He became a huge social success, composing almost 300 songs during his tenure. In addition, he furnished the music for six full-scale musical comedies, staged by various University fraternities. When he graduated in 1913, he was unanimously voted the “most entertaining” member of his class. But it was still difficult to escape the wishes of the richest man in Indiana, and at the insistence of his wealthy grandfather, Cole enrolled in the Harvard Law School. Hardly two years into his career as a buddying lawyer, Cole, without informing his grandfather, transferred to the Harvard’s School of Art and Sciences. Eventually he abandoned all academic studies and moved to New York to start his professional musical career. 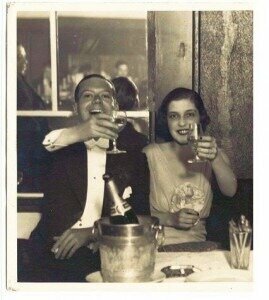 His first Broadway show See America First, staged in 1916 was not a rousing professional success. However, it introduced Cole to the New York upper crust, and he became a prominent socialite. By July 1917, Cole moved to Paris and much enjoyed the city’s fabulous social life and an endless stream of extravagant parties. He made up stories about his heroic fighting days in the French Foreign Legion and the French army, and was considered a war hero back home. None of it was true, but Cole nevertheless “encouraged this official story for the rest of his life.” He also met the wealthy and divorced Linda Lee Thomas from Louisville, Kentucky. She was slightly older, radiantly beautiful and well aware of Cole’s homosexual preferences and activities. However, their financial situation and social status made them ideal candidates for marriage, and they officially said yes on 19 December 1919. According to some sources, their “Paris home had platinum wallpaper and zebra skin chairs,” and they lived a successful public relationship, yet sexless marriage until Linda died in 1954.

At first, his professional life progressed frustratingly slow. He had minor successes in Paris in the early 1920’s, but when he wrote five songs for a show recommended by Irving Berlin, his long-envisioned Broadway career finally became a reality. A number of successful shows were staged in Europe, and by 1930 he was one of the most sought after songwriters on Broadway. In quick succession, Cole wrote the music for an extended number of highly successful shows, and one hit song after another! Just when things could not be any better, tragedy struck. A riding accident crushed both his legs and irrevocably damaged his nervous system. Over the next twenty years, Cole underwent more than thirty operations, and eventually his legs had to be amputated. Unhampered by this personal tragedy, Cole continued to write music for a seemingly endless number of Broadway hits. In 1948, Cole created his masterpiece! Collaborating with Bella and Sam Spewack, he wrote the music and lyrics for the musical Kiss Me Kate. The show opened on 30 December 1948 and ran for an astonishing 1077 performances. It clearly established Cole Porter as one of the greatest American lyricists and songwriters. He conquered Broadway, Hollywood and beyond, producing a “rich and fascinating body of work, characterized by wit and sophistication, with an underlying strain of restless melancholy and loneliness.” He actively shaped a distinct cultural American heritage. Cole Porter died on 15 October 1964.