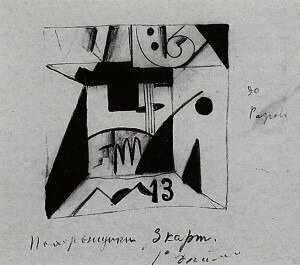 In my last two Interlude articles we followed the development towards abstraction in art and music in Germany and France, but interestingly, it was artists in Russia who led the movement towards total abstraction. There was of course a constant exchange of ideas between Russia and Western Europe, and many Russian artists drew their inspiration from the diverse artist communities in Germany, France and Italy. One artist in particular though – Kazimir Malevich — would push these modern concepts in painting further than anyone else, making him one of the most astonishing innovators of the 20th century. 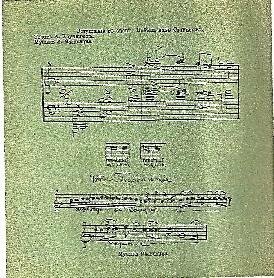 A recent exhibition of Malevich’s works at the Stedelijk Museum in Amsterdam and the Tate Gallery in London gave a breathtaking overview of his inventions. Malevich was part of the Russian avant-garde which included the painters Pavel Filonov, Natalia Goncharova, Liubov Popova, the artists Aleksandr Rodchenko, Vladimir Tatlin and the Futurist poets Vladimir Majakovsky and Velimir Klebnikov, all involved in creating the ‘New Man’, the ‘New Society’ — an impetus for change also initially promised by the Russian revolution. Malevich had been fortunate to familiarize himself with the works of the French Impressionists and Post-Impressionists in the private collection of the Russian collector Sergey Shchukin, for whom Henri Matisse had been commissioned to paint a version of ‘La Danse’. In a very short period of time, Malevich moved from Impressionism to Cubism and Futurism, creating one of his most important early works — The Knife Grinder — which shows the foot operating the pedal in five different positions — an amazing painting of multiple movements in a confined space. With his subsequent works, which he now called ‘Suprematism’, Malevich quickly moved towards complete abstraction. 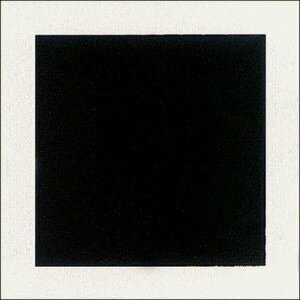 His painting ‘Black Square’, shown in the first Futuristic exhibition in Moscow, was hung high across the corner of the gallery — just as one would traditionally hang the most important icon in a Russian family’s home. Within the group of avant-garde Russian artists, the ‘zero’ of form in painting carried into theatre, music and performance art. This was replicated in the ‘zaum’, the trans-rational ‘zero’ of language — the foundation of what would become Russian Formalism, originating with the works of Roman Jacobson. These Russian avant-garde artists focused on the unlimited generative potential of language — no longer referring to representation, but leaving the meaning open to multiple interpretations.

Their combined artistic endeavor, with Malevich (in charge of costumes, brochure and advertisement), the poets Klebnikov and Kruchenykh providing the libretto and the musician Matiushin the score, resulted in the First Futuristic Opera ‘Victory over the Sun’ in 1913. Only two performances were given — the only instrument available was an out-of-tune piano — the theatrical space was shown as spatially dislocated as Malevich’s Suprematist paintings. Only fragments of the score survive, but according to the accounts of viewers and performers, it was an extraordinary event with far-reaching consequences for modern music.

John Cage: Music of Changes
In the 20th and the 21st centuries composers such as John Cage and Karlheinz Stockhausen would take these experiments further in developing multiple layers of sound, in creating indeterminate works using chance and playing both on visionary and musical representation, such as in ‘Music of Changes’ and ‘Cosmic Pulses’.