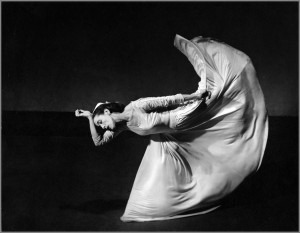 Aaron Copland gained worldwide recognition for his ballet score Appalachian Spring. The work was the result of a commission by the modern dancer and choreographer Martha Graham and her contemporary dance company. Copland was asked to write “music for an American ballet,” and he borrowed a number of Shaker songs and dances. Scored for thirteen instruments and originally titled “Ballet for Martha,” the work became one of the most inspiring and symbolic compositions of the century. Music and dance perfectly complemented one another, and together they reflect youthful aspiration in the American heartland. Copland was uniquely successful of capturing a vast emotional world within the limits of the 13-piece orchestration, and produced the sound that is instantly identified with the conservative values, vast landscapes and bold pioneer spirit of the rugged American settlers.

At the end of the Second World War, America was still searching for a grand musical expression that would reflect the nation’s hopes, joys, and anxieties of a post-war world. Commissioned by the conductor Serge Koussevitsky and the Boston Symphony Orchestra, Copland’s Third Symphony would, in the words of the composer “reflect the euphoric spirit of the country at that time.” Tellingly, the concluding movement is based on his Fanfare for the Common Man, originally commissioned as a “stirring and significant contribution to the war effort.” Described by critics as a “Symphony for the Common man,” the work never panders to populist tastes for the sake of self-conscious communication. Rather, it details Copland’s emotional journey from an uneasy tranquility of the opening movement to the heroic gestures of optimism in the finale. Most significantly, the work achieves a sense of “heroism and optimism without a trace of cynicism.” 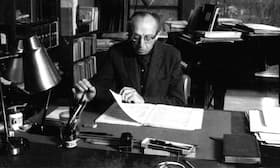 The American public was in for a rather nasty shock when Aaron Copland, the creative genius who had crafted Appalachian Spring and the patriotic Third Symphony began to explore the compositional principles of 12-tone serial composition. When Leonard Bernstein asked Copland “why, of all people who are so instinctive and so spontaneous, are you dabbling in 12-tone compositions,” Copland replied, “Because I need more chords. I’ve run out of chords.” Nevertheless, Copland was uneasy about fully embracing the serial method as it distanced his music from the wider audiences he always sought to attract. It took Copland several years before he was able to complete the Piano Fantasy in 1957. The work adopts the 12-tone system as a 10-note row, with the last two notes reserved for cadential purposes and as a tonal anchor. Curiously, the Fantasy is Copland’s most melodic piano work, and critics called it “an outstanding addition to his own oeuvre and to contemporary piano literature.”

Copland, alongside a substantial number of serious composers, was hired by Hollywood to provide musical scores for the movie industry. Copland wrote that film music had to achieve a balance. It should be “secondary in importance to the story being told on the screen while notably adding to the dramatic and emotional content of the film—but without diverting the viewer’s attention from the action.” His musical score for Of Mice and Men was nominated for an Academy Award in the categories “best score,” and “original score.” Copland’s music effectively shaped the emotions and the drama without underlining every action with exaggerated emphasis. The adaptation of John Steinbeck’s novel “The Red Pony” was not a commercial success at the box office. However, on commission from the Houston Symphony Orchestra, Copland recast the musical material as a concert suite that became widely popular.