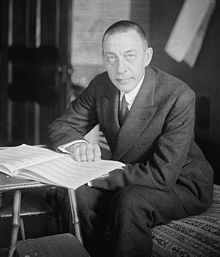 What happens when a composer writes a piece of music…and then ends up not liking it?

In Part I, we saw how Saint-Saëns, Ravel, and Sibelius dealt with the problem. Now we look at how three more composers did:

In the spring of 1892, pianist and composer Sergei Rachmaninoff graduated from the Moscow Conservatory. He began his professional career by writing the immortal C-sharp minor Prelude for solo piano.

Unfortunately, when the prelude was published the following year, he was only paid forty rubles for it. His publisher didn’t pay him any royalties, so even after the piece exploded in popularity, he saw none of the profit.

Maybe this explains why he grew to hate it. Nearly thirty years later, when he toured to St. Paul, Minnesota, Rachmaninoff explained to a reporter why this four-minute piece had driven him mad:

I am often sorry I wrote it… I can never, never escape from a concert hall without playing it. It pursues me everywhere… I have a feeling that the public comes to my concerts only to hear me play that one selection – that they sit through the rest of the concert just waiting for it. And I have become very tired of it. 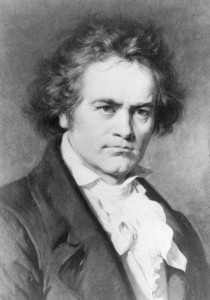 Beethoven endured something similar when his Septet in E-flat major became a hit. He wrote the piece early in his career (it was actually premiered on the same program as his first symphony), and it was a great success. Even after he had written more mature pieces, the public kept clamoring to hear the Septet.

Although he was initially pleased at the work’s positive reception, Beethoven eventually grew to resent its success. After the premiere of the eighth symphony, an audience member attempted to commission something “more in the style of” the Septet. Not surprisingly, Beethoven was outraged. Another time, he said he wished the Septet had been burned. 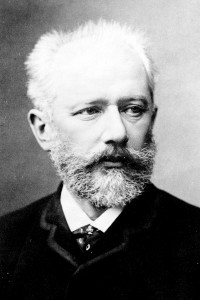 Nowadays it’s one of Tchaikovsky’s most famous pieces, but surprisingly, he didn’t like it!

It all started when pianist and conductor Nikolai Rubinstein commissioned his friend Tchaikovsky to write a piece to commemorate the completion of the Cathedral of Christ the Savior in Moscow.

The Cathedral may have been a brand new building, but its history was already decades old. After Napoleon retreated from Moscow in 1812, Tsar Alexander I announced construction of a new Cathedral meant to give thanks to God for victory and to commemorate the sacrifices made by the Russian people. However, for a variety of reasons, construction of the cathedral didn’t actually start until 1839…and it lasted until 1883! A year before the cathedral opened, Tchaikovsky’s new overture was premiered in a tent just outside the massive unfinished building.

Tchaikovsky wrote his 1812 Overture very quickly, in a matter of weeks, and only for the paycheck. He said, “I don’t think the piece has any serious merits, and I shan’t be the slightest bit surprised or offended if you find it unsuitable for concert performance.” He wrote to his patroness Nadezhda von Meck that the overture was “very loud and noisy, but [without] artistic merit, because I wrote it without warmth and without love.” Generations of music lovers would dare to differ.