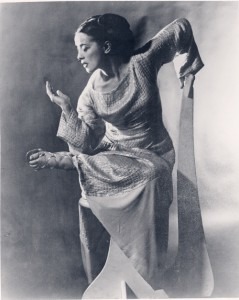 Recognized as one of the greatest artists of the 20th century, Martha Graham created a movement language based upon the expressive capacity of the human body. Throughout a long and illustrious career, Graham created 181 dance compositions that crossed artistic boundaries and embraced every artistic genre. She collaborated, commissioned and served as an inspiration to leading visual artists, musicians, and designers of her day. This included the sculptor Isamu Noguchi and fashion designers Donna Karan and Calvin Klein, as well as composer Aaron Copland, Samuel Barber, William Schuman, Norman Dello Joio, and Gian Carlo Menotti. The sharp, angular, and direct movements of her technique were a dramatic departure from the predominant style of the time. Her dance style “enlivened the body with raw and electric emotion.” 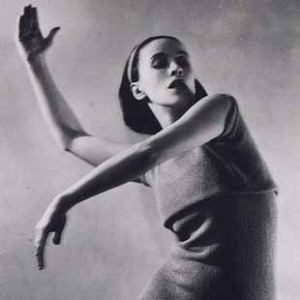 Graham developed the “cornerstone of American modern dance” with a strong belief in the body’s ability to express its inner senses. “I wanted to begin not with characters or ideas, but with movements… I wanted significant movement,” Graham explained. “I did not want it to be beautiful or fluid. I wanted it to be fraught with inner meaning, with excitement and surge.” Her revolutionary theories of movement emerged during her tenure at the Eastman School of Music. Graham believed that through spastic movements, trembling’s, and dramatic falls she could express emotional and spiritual themes ignored by other dances. She desired to evoke strong emotions and achieved visceral responses through the repetition of explicitly sexual and violently disjunctive movements. The fundamental movements of her unique technique are based on “contraction and subsequent release.” A cycle of contraction and release was developed as a stylized representation of breathing, and together with a “fall and recovery” cycle became one of the most important concepts in modern dance. In addition, Graham used her hands in distinctive ways, often placed in a stylized position with the fingers held straight and pulled towards the palm. Above all, hand gestures were meant to be active and purposeful, not decorative. 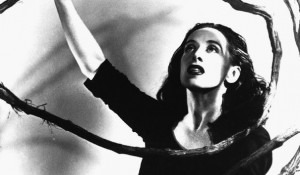 In 1926 she established the “Martha Graham Dance Company” to provide a platform for contemporary dance and to bring a distinctly American sensibility to the stage. “A dance reveals the spirit of the country in which it takes root. No sooner does it fail to do this than it loses its integrity and significance,” Graham wrote in the 1937 essay A Platform for the American Dance. Grahams choreography was consistently infused with social, political, psychological themes, and in collaboration with the Japanese-American sculptor Isamu Noguchi, they created a sparse and beautiful stage design that replaced flat backdrops with three-dimensional objects and the inclusion of sculptures. From 1926 to 1991, Martha Graham and her company created almost 200 dance theatre masterpieces, including the riveting Appalachian Spring with music by Aaron Copland. Her style of choreography was described, as “frequently the vividness and intensity of her purpose are so potent that on the rise of the curtain they strike like a blow, and in that moment one must decide whether he is for or against her. She boils down her moods and movements until they are devoid of all extraneous substances and are concentrated to the highest degree.” Martha Graham actively danced into her mid-70s, and her “continued experimentation and her constant attention to human emotion, frailty, and perseverance, is one of the greatest individual achievements in American cultural history.”