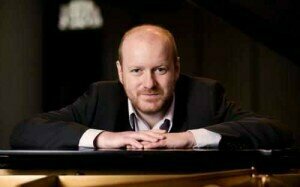 The first Birmingham International Piano Chamber Music Festival takes place next week, 20th – 23rd November, at the Royal Birmingham Conservatoire. The result of months of planning, incorporating a competition for young chamber ensembles, this promises to be one of the highlights of the musical year. I cannot wait to join world-class colleagues, who are travelling from far and wide, to meet and make music in our brand new Conservatoire building.

The Festival represents everything that the Conservatoire and I hold dear in terms of inspiration, learning and a collegiate ethos that breaks down traditional barriers and hierarchies: for instance, all of the young ensembles taking part in the Festival are really already winners, having been chosen from over forty entries in eleven different countries at our preliminary auditions. They will all give a recital as part of the festival and take part in masterclasses. Whilst in Birmingham they will forge many musical friendships and have the opportunity to experience myriad approaches to music-making, as well as showcasing their own talents, in concerts live-streamed on the RBC web platform.

Likewise, all jury members will perform in Festival concerts and teach in masterclasses, drawing attention to music’s endless depth and essential, beautiful subjectivity. I hope that what will emerge is a realisation that the concepts of ‘better’, ‘correct’ or ‘wrong’ are ill-used in art, even within the context of a competition. The only thing that the jury have in their favour is experience. Otherwise we share the stage and learn from one another. The preliminary round yielded eight young ensembles of a remarkably high standard of artistry and I do not expect decision-making to be easy. That said, a panel of seven seasoned musicians (and a record producer) will probably come to some sort of consensus about the performances that they felt were most successful on that day, at that time, in that hall. One young ensemble will be heading to play at the Wigmore Hall in London, organising their debut recording with Resonus Classics and embarking on a year-long mentorship programme. 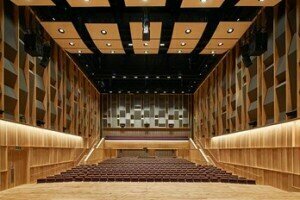 We all know the pitfalls associated with competitive music-making: the pressure to play all the notes right, which stifles artistry; the potential for powerful jury members to influence decisions; the emotional strain upon those who don’t make the cut. But a competition can also be the most open of forums in which to allow different voices to be heard. To those who might question the ethos of a competition within a festival celebrating so communal an art as chamber music, I tend to ask whether the event would have been more open had I merely invited my friends? Or invited recommendations for young artists from a circle of colleagues? Obviously not. As mentioned, everyone who entered our competition was heard. The preliminary round jury (who, save myself, were not the same as the jury next week, to avoid any pre-judgements) used a blind scoring system. An exceptional level of playing was already on show, even at this stage.

In the evening concerts, my colleagues and I will play music that follows three threads: Firstly the Schumann and Mendelssohn families, where the Gould Piano Trio and my own London Bridge Trio will play D minor trios by Felix and Fanny Mendelssohn, and Katya Apekisheva, Michael Gurevich and Christoph Richter will play Robert Schumann’s trio in the same key. A gifted young group of RBC students will also play Clara Schumann’s trio as part of the festival (see below). Secondly we feature Brahms, RBC Head of Keyboard John Thwaites will be taking centre stage in performances of the colossal A major Piano Quartet and F major Cello Sonata (with Christoph Richter) by his most beloved composer. Michael Gurevich and I will also contribute Brahms’s extraordinary G major Violin Sonata. Our final programming strand draws together English music of the twentieth and twenty-first centuries, from Bridge and Britten to James MacMillan and a brand new work by Colin Matthews. Alice Neary, Benjamin Frith and Robin Ireland will be amongst the performers here. The opening concert and competition Grand Final will be live-streamed by Classic FM. 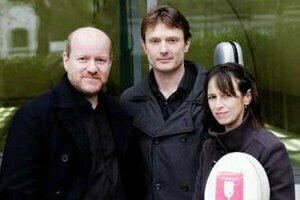 Alongside all this, and possibly most importantly of all, the Festival brings huge opportunity to RBC students and the people of Birmingham. All events are very affordable and free for students. A daily programme of masterclasses will give many RBC students the chance to benefit from the experience of the visiting artists and there are also two concerts to showcase the fabulous chamber music taking place at the Conservatoire. Students from the Royal Academy of Music, Guildhall School of Music & Drama and Trinity Laban will also be joining us to play in masterclasses and experience the festival.

Whatever happens, I expect to emerge next Friday inspired, exhausted and perhaps a little wiser too.

Come and join us, or follow the live-stream on the Classic FM Facebook page (20th November 19:30, 23rd November 19:00). Daytime events on 21st and 22nd November will also be streamed on the RBC web pages.