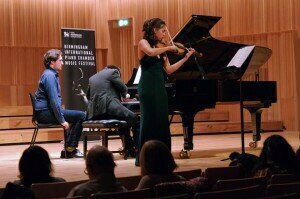 In November this year, the first Birmingham International Piano Chamber Music Festival took place at the Royal Birmingham Conservatoire. In my role as founder and artistic director this involved months of planning, complex preparations and a few deep breaths too. Four days of inspired music-making included a competition for young chamber ensembles. Eight groups had been chosen from forty entries (which came from eleven different countries) and each gave a recital in our festival programme, hoping to be selected as one of three ensembles for our Grand Final. In the end the violin/piano duo of Usha Kapoor and Edward Leung walked away with a debut recital at London’s Wigmore Hall, a recording with Resonus Classics, further engagements, mentorship and £4000.

In the run-up to the event I wrote about why a competition was a good idea, notwithstanding the potential pitfalls and inherent dangers of a competitive approach to music-making (about which I have written elsewhere, for instance in this blog) I suggested that the open nature of a competition – and in ours all applicants were heard – was certainly less elitist than a system by which I invited young musicians that I admired, or asked a group of colleagues to do so. Efforts were made to make the festival as collegiate as possible and avoid the ‘them’ and ‘us’ nature embedded in a competition: so jury members all performed in evening concerts (being asked to walk the walk, not just talk the talk) and all the young artists, successful or not, took part in masterclasses. These all ran alongside classes and concerts for our own RBC students and visiting chamber groups from other UK conservatoires. The most gratifying ‘compliments’ that I received were from the majority of our young ensembles who commented that this event was ‘not really like a competition’. 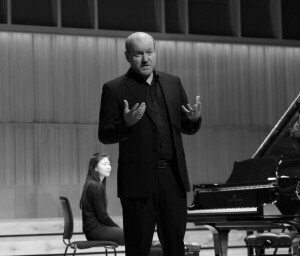 But it was a competition and in the spirit of openness that we tried to foster at the festival itself I wanted to write a little about the task of being on a jury panel at an event such as this. This may give some insight to young artists embarking upon their careers but, even if not, it’s an aspect of competition culture that has traditionally been largely kept hidden. I can’t think of why that should be, except to protect the aura of the judges and avoid any grounds for the judgement to turn on them. In 2018 this is clearly inappropriate.

Jury. Even the word and its associations with criminal activity are deeply problematic. Twelve Angry Men deciding the fate of the accused. This is a million miles from art and the deeply personal and collaborative nature of chamber music. You will have to forgive me if I can’t think of a better word off the top of my head but it would not surprise me to see this terminology change over the course of the next generation. Of course the problem is as much with the nature of the competitive event itself as the words chosen to describe it, but I have rehearsed these arguments elsewhere. There are pros and cons to musical competitions. Those who decry them have often reached a professional level attained at least to some extent through privilege, coming from musical families and traditions, or wealthy backgrounds. Our jury set out to find the most convincing artists as opposed to those trained to win competitive events. If we can’t tell the difference, this rather renders the point moot in any case.

There was no sitting behind desks with bottles of fizzy mineral water. We wanted to make each young ensemble’s recital as much of a concert as possible, so the eight jury members sat amongst the audience. We did not confer before giving marks, which were then sealed after each recital until the end of the last performance. Of course nothing could stop us discussing the young artists with hindsight and here are some of the insights and conundrums which emerged: 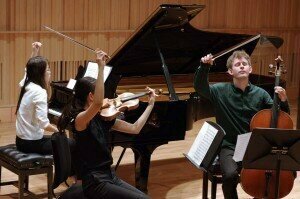 It was clear that we all felt that we had listened to eight compelling and committed recitals by highly advanced musicians. Luckily there was a consensus concerning the three ensembles to put forward to the final, but issues surrounding the awarding of marks were complex and inevitable. We all had a mark scheme to guide us, but the subjective element in any art is its life force. Art does not conform to rules (however much we might want it to) and there is no definitive checklist for a successful performance. The jury was made up of three pianists, two cellists, a violinist, violist and record producer, over thirty years in age between eldest and youngest; indeed it would have been troubling if we had all liked the same things in the same way. What mark do you give when you acknowledge someone’s courage, creativity and performance skills, but are unconvinced by their decision-making and approach? How do you score a performance that seems to have achieved an exceptional level of execution but that does not touch you or ring with the sincerity of spontaneous creation (which nearly all music should, on some level)? How do you compare performances of works that you have played fifty times with those of repertoire that you’ve never heard before? As ever, marks were intriguing. One ensemble proved particularly divisive in the discrepancy between scores that they were awarded by different jury members. The leading group at the end of this round went on to be our eventual winners.

As a jury panel we all agreed after the final (in the amazing new Bradshaw Hall) that we should acknowledge our difficulties in coming to a decision. On the last night the winner was again chosen by a simple scoring system but the results were extremely close. Each of the three finalists had passionate advocates within the jury (but I remind you once more that the decision had already been made – no panel member was allowed to sway another’s decision). The three finalists played markedly different repertoire in different instrumental combinations. Points were made along the lines of, ‘could finalist X have done what finalist Y did?’ or ‘it’s harder to do what finalist A did than finalist B’. We had to put all this aside in assessing whether the young musicians gave telling and communicative performances of the works that they chose, spoken in a convincing and appropriate voice, with a high level of craftsmanship. Indeed, the questions ‘who is the most convincing artist’ and ‘who gave the most convincing performance’ are not necessarily synonymous, especially across a competition of more than one round.

We admired all three finalists immensely and were very happy with the final outcome, but an awful lot of thought, philosophising and soul-searching was spent in coming to our decision. This is exactly as it should be. Several groups asked for feedback, which we were happy to give as individuals. Competitors could often be seen at other festival concerts and several who did not progress to the final made friends amongst the jury panel and will keep in contact, I am sure. One group was never seen apart from in their recital and withdrew from their masterclass without explanation shortly after the finalists were announced. A cautionary note here: even if later proving themselves to be the next international superstars, this behaviour rather underlined an impression that they were perhaps not ideally suited to our collegiate, learning environment that we are fostering at the Royal Birmingham Conservatoire. We were hugely impressed by many of our young artists, even if they did not eventually progress in the competition. As a musician one can always make friends. Even in moments of disappointment, why not do so? But all of our jury members were young once. We know that acute feeling of disappointment when you care very much about something.

I will take many hugely inspiring memories away from the Festival with me. The future of chamber music is extremely exciting and we very much hope to repeat this event again in the future.

Daniel Tong is Head of Piano Chamber Music at the Royal Birmingham Conservatoire.

He is also pianist in the London Bridge Trio amongst a multitude of musical projects, which include directing the chamber music festivals in the Wye Valley and Winchester.