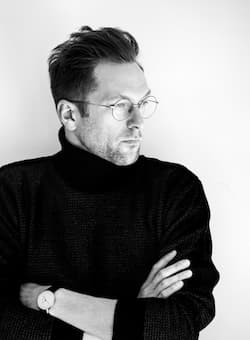 Recently a new solo cello work entitled Nineteen (Nineteen Movements for Unaccompanied Cello) and the close collaboration between two outstanding young artists, composer Scott Ordway, and cellist Arlen Hlusko, captured my imagination. Scott is currently the Assistant Professor of Composition at the Mason Gross School of the Arts Rutgers University, and he’s very much in demand for his compositions.

His music is diverse, often fused with text, video, digital soundscape, photography, and experimental theater. Scott attempts to explore an eclectic array of contemporary themes about ecology, architecture, protest and revolution, and urban life. His pieces also explore the intersection of music and literature, and the relationship between landscape and culture.

Internationally acclaimed Canadian cellist Arlen Hlusko, a member of Bang on a Can All-Stars, and founder of her own series Philadelphia Performances for Autism, is a soloist, chamber musician, and artist-in-residence. Arlen has performed with renown performers, as soloist with orchestra, and she has appeared at prestigious festivals.

Both artists have unusual backgrounds and they bring unique perspectives to music-making. We had a fascinating conversation. I reached Arlen in Manhattan and Scott in California.

JH: It’s really intriguing how the two of you with such different beginnings were brought together to create this mesmerizing piece.

AH: I grew up on a farm in Lowville, Ontario (about an hour from Toronto.) My parents both veterinarians had no prior musical experiences. Neither of them played an instrument — we didn’t even have a stereo/radio! When my older brother went to preschool, all of the working parents with younger children were paired with other parents to help with childcare, and we were paired with a professional pianist. I was a very curious child (read: always getting into things I shouldn’t), and I would only sit still when she played the piano. I’d lie under the piano to feel its vibrations. Our family friend sought out a Suzuki cello teacher for her son and she suggested we do it together. l fell in love immediately. My mom became heavily involved—learning with me, taking me to concerts, and most of all, she brought music into our home leading me on my path of study at the Curtis Institute of Music and with great cellists including Peter Wiley, Carter Brey and Andres Diaz.

Wilmot: Fears I May Cease to Be, from Inspirations – Hlusko

JH: Scott your path was quite unusual to say the least!

SO: I started playing the electric guitar and played rock music as a kid. I actually didn’t discover classical music until I was in university. At age nineteen I began composing and that’s when I fell in love with classical music. More than anything, I wanted to participate in the art form from diverse perspectives. I began taking piano lessons but had an urge to immerse myself in the center of the wash of sound that is an orchestra, sitting in the section. So I started studying the cello as well. Somehow, I squeaked my way into an orchestra! In order to relate to musicians as a performer not only as a composer, I embarked on conducting lessons too. I directed the contemporary music ensemble at the University of Oregon, expanding the group so I could explore a vast variety of music. When I was working on my PhD at the University of Pennsylvania in composition, I continued my conducting lessons as they had a collaborative association with Curtis. It made a huge impact to be able to perform, to stand on a stage and try to make a piece sound good, while also composing music. 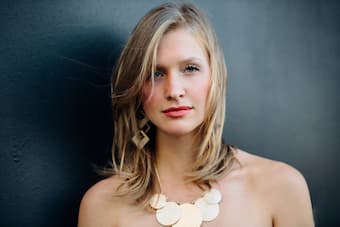 JH: Your music incorporates other art forms. Tell us about that.

Scott Ordway: Tonight We Tell the Secrets of the World (excerpt) (Musicians from the Curtis Institute of Music
Scott Ordway, conductor

SO: Initially I was a literature major. I thought I’d become a rock music critic. I wrote fiction and poetry but when I encountered classical music, it changed my trajectory. Also, I’ve taken photos all my life. During the last 5 years or so starting with my first collaboration with Arlen Tonight We Tell the Secrets of the World, I considered the visual dimensions of performance, seeking a 360-degree immersion of the audience as an aesthetic experience, which led me into lighting design, and theater and film direction. Written for string ensemble, soprano voice, alto sax, whispered voices, and light, it’s a whisper play, an interactive dramatic form in which the audience joins the ensemble to co-create a theater of music. One of my current projects End of Rain involves poetry and symphonic music, as well as video and photography. I think contemporary music needs to engage with the world around it. Other artistic disciplines are intrinsically interesting to me and they represent a way to continually ask the question what is a composition and what could it be?

Scott Ordway: The Clearing and the Forest (SOLI Chamber Ensemble)

JH: Your Interiors composed during the pandemic are riveting and beautifully filmed.

Interiors #1: “we are all made of time”
Julia Dawson – Voice, Guillaume Faraut – Violin, Scott Ordway – Piano

SO: We’ve been inside our homes experiencing interiors differently than in the past. Through a series of new compositions—Interiors—I created work that fits these strange circumstances: music composed inside and alone, performed inside and alone, listened to inside and alone. I accompanied on the piano, which is something I rarely do.

JH: And you Arlen: you did amazing things during Covid.

AH: For me the human connection aspect is the most important part of my career trajectory, and it’s why I seek out opportunities to work directly with other artists, to be involved in research, and to be a part of creating unconventional musical experiences with different audiences. Making music is so much about who you’re working with and what your message is.

Over the last year I felt lonely and isolated. I wondered how I could collaborate with others so I put out a call on social media to composers who might want to work with me, who would be interested in writing short solo cello pieces. Composers from all across the world responded. The 25-30 composers created miniatures of one minute to post and premier on Instagram. And it worked! We met on Zoom and talked about what we thought would be powerful. One composer recorded pandemic soundscapes—the eerie silence of cities mixed with ambulance sirens; another composer, aware of my interest in nature, asked me to record sounds in and around my childhood home and these sounds were incorporated into his piece. The international protests and social justice issues influenced another composer. Extremely meaningful, powerful, collaborative experiences.

JH: The pieces are evocative!
Scott, I noticed how many repeat performances there have been of your works. It’s difficult enough to receive a commission. Getting a second or third performance of a new composition is even more challenging.

SO: I think it’s a combination of two factors. I try to write music that performers want to play and which makes them sound good. Ultimately, it’s the performer who needs to be convinced of the music and they will convince the listener. When I write a new piece, I study and prepare, familiarizing myself with the repertoire of an instrument if I don’t know it already to create music which will resonate with performers.

JH: Arlen, tell us about your series for autistic young people and their families.

AH: It’s been on hold during the pandemic of course. I conceived of a small interactive chamber music series, about an hour in length that includes different forms of engagement and activities for the kids. The series was the result of a fellowship on how music affects the brain. I began to work with patients with dementia and offered high-quality, enriching live music experiences for them. At the time, sensory friendly programming was not common. I felt it was so important to offer music in a safe and open atmosphere for children affected by autism. I fell in love with music primarily because I was able to attend the family programs of the Toronto Symphony with my parents and brothers. My series is geared towards families who may have one child who is autistic and one or two other children who are not. This allows the entire family to attend together.

SO: I teach young pre-professional conservatory Mason Gross composers who are aspiring to careers in the field. I also teach an interdisciplinary course called Music, Sound, and Landscape in collaboration with my colleague in the landscape architecture department at Rutgers. These students, mostly non-musicians, investigate the sonic dimensions of landscapes around them. Observing both urban and natural environments, they learn digital techniques to record these sounds. The students discover how to listen more attentively, and I’m proud to say, they gain a heightened understanding of the world around them, increasing their perception of the emotional and empathetic dimension of our society.

JH: Our readers will be very interested to hear how the two of you collaborated on your solo cello piece Nineteen premiered and recorded by Arlen.
In part II we will explore the vast capabilities of the cello exemplified in this piece.