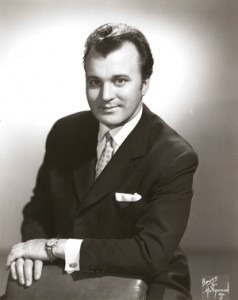 Nicolai Gedda (1925-2017) was one of the most versatile lyrical tenors of the 20th century. He was rightfully called the “poet among lyric tenors,” and Luciano Pavarotti suggested “there is no tenor with a greater ease in the upper register than Gedda.” Over his career of more than 40 years, he compiled a prodigious and eclectic discography of over 200 complete recordings that included highlights of operas and operettas, but also sacred music, Lieder and folk songs. His strong, attractive and evenly produced voice—always used with keen intelligence and a fastidious sense of style—allowed him to tackle the most demanding roles. Fluent on stage in at least six languages, Gedda’s meteoric rise began in 1952 with the role of “Dimitri” in Boris Godunov and quickly led him via La Scala, the Paris Opéra and Covent Garden towards his Met debut in 1957. Over the following years he sang more than 367 times on the New York stage alone, appearing in no fewer than 22 parts. Despite an insane performance schedule on stage, Gedda always found time to interpret and record Lieder repertory ranging from Schubert to Rachmaninov, producing finely nuanced, vocally secure and emotionally generous interpretations. 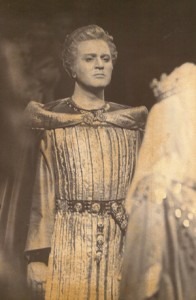 Gedda gradually wound down his career during the 1990s, giving recitals, teaching and occasionally performing character roles. In his memoirs, he openly wrote about his dedication to art and his indifference to fame and fortune. And it was certainly not all fun and games! An introvert and shy young man, acting did not come naturally. Early in his career, he remembers, “Karajan made sure to point out my weaknesses in full public view. When he saw my miserable acting on the stage he was there quick as a flash with his bullying tactics. He did it in as hurtful a way as possible. I learned from Karajan about musical flow and style, but it was so tiresome to live with the stringency that he demanded at all times.” Gedda possessed every shade of musical expression, and the radiant and fascinating charm of his voice endured throughout his career. Apart from the characteristic sheen of his voice, “there is the subtle refinement of his legato line and his phrasing, plus a range of colors so wide that it seems as if he were using a whole collection of different vocal instruments.”
Franz Lehár: Land des Lächelns, “Dein ist mein ganzes Herz,” (Nicolai Gedda)