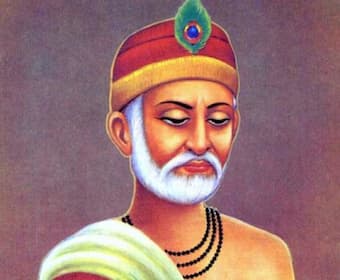 The Indian mystic poet and saint Kabir is believed to have lived between 1398 and 1448. His writings, according to some scholars, are known “for being critical of both Hinduism and Islam.” He suggested, “True God is with the person who is on the path of righteousness, and thus considered all creatures on earth as his own self, and was passively detached from the affairs of the world.” As Kabir never wrote down his verses, his work has depended on centuries of oral tradition. Kabir’s poems were in vernacular Hindi, borrowing from various dialects, and address various aspects of life and the call for a loving devotion for God. These poems of wisdom and his legacy, steeped in devotion, mysticism and discipline, survive through the “Path of Kabir,” a religious community that recognizes him as its founder. His poetry has greatly influenced mainstream Indian folk and popular music, and it inspired American composer Christopher Rouse to set the Kabir Padavali (Kabir Songbook) in 1998. 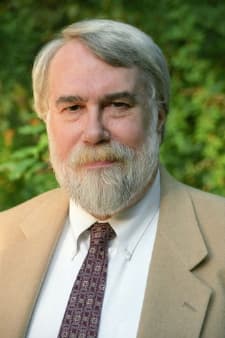 Commissioned by the Minnesota Orchestra, Rouse was looking to musically encode Kabir’s concerns as a religious poet. Rouse had previously encountered Kabir’s poetry in the early 1970s when he studied North Indian classical music. At that time he composed a work for soprano and orchestra, which has never been performed. The Minnesota Orchestra Commission gave him the opportunity to once again engage with Kabir’s poetry near the turn of the century. Sung in Hindi, Rouse does not seek to provide an authentically correct sound world as accompaniment to Kabir’s words. “There are no specific ragas employed, nor is there an attempt to reproduce Hindu vocal styles in the piece. However, I have attempted – particularly near the beginning and end of this score – to evoke the North Indian sound world in a more general fashion through the use of drones and via several oboe solos, the oboe possessing a sound not dissimilar to that of the Indian shahnai. My use of an accordion also represents an effort to parallel the sound, to some extent, of the Indian harmonium.”