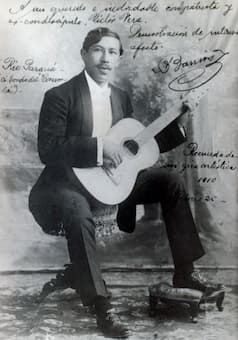 Paraguayan composer Agustín Barrios Mangoré (1885-1944) started his recording career as guitarist around 1911, and his concert career at age 18. This continued for the next 40-some years touring, mainly in South and Central America. Largely forgotten except in his home country, his career came back to life in the 1970s in the hands of guitarist John Williams, who brought so much forgotten music alive again.

Recognized as Barrios Mangoré’s masterpiece, the 3-movement work La Catedral (The Cathedral), dating from 1921, uses both the ambient sound of the cathedral bells and the internal sound of an organist playing Bach as points of inspiratio. 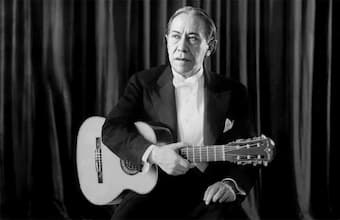 The work was originally written as a 2-movement work and was first recorded by Barrios Mangoré in 1928. The first movement Prelude is subtitled Saudade (Nostalgia) and was added to the work in 1938.

The history of the work starts with Barrios Mangoré in Montevideo, the capital of Uruguay. From his hotel he could hear the bells of the Cathedral of San José, which, as church bells do, overrode all other sounds, interrupting his composing and practicing. This became the beginning of his second movement, the Andante religioso. The composer then enters the cathedral proper and hears the organist practicing his Bach.


After the quiet musical time in the cathedral, our composer emerges back onto the street where all life whirls around him. The street is energetic and insistent, but still, the repeating note of the cathedral bells has a place.


A decade after his first recording of the work, which had become a staple of his concert performances, Barrios Mangoré added a Prelude to the work. Written in Havana, while he was in desperate financial straits with difficulties in his health and his home life compounding his problems, he wrote this yearning opening to the work. He looked to the happiness of the past and concentrated it in this opening movement. Barrios Mangoré’s premiere of the three-movement version was at a concert in San Salvador in July 1938. 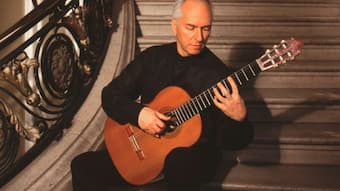 John Williams’ original 1977 release of the work was one of the first to bring Barrios Mangoré back to the public’s attention. Williams credits a meeting with Dr. Carlos Rodriguez Payés, an El Salvadoran physician, amateur guitarist, and head of the Mangoré Association, with bringing the largely unknown repertoire to his attention. A few Barrios Mangoré works had been known, but Dr. Payès brought unpublished manuscripts to Williams when he met him in London in 1969 and a subsequent edition of Barrios Mangorés works by Richard Stover made the perfect confluence of unknown repertoire, an eager performer, and a ready audience.

Williams’ performance of what was then brand-new material takes us back in time and we can gain an appreciation of how Enno Voorhost’s 2001 performance (above) benefited from the more-than-30-year difference between the recordings.


Barrios Mangoré brought the guitar back into the spotlight through his tours of South and Central America. As new performers discovered his work, his influence spread through all continents. Barrios Mangoré wrote guitar music with a definite Romantic feeling, but his composition also keeps a strong eye on the world around him, as well.