The opening song in Franz Schubert’s song cycle Die schöne Müllerin is the lively and distinctive “Das Wandern” where our hero journey-man miller sings as he walks along a stream, appreciating all that he sees and hears.

It’s a simple strophic setting, with each verse set to the same music. 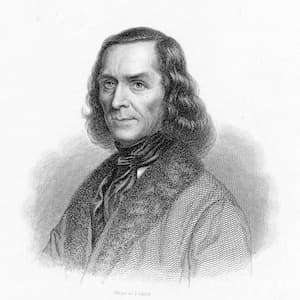 We can also hear how the interpretation of the poem comes into this particular performance: when he gets to the section on the heavy stones, the momentum slows, and then slows again when he is thinking about begging the master miller and his wife to just let him wander.

Then, in the hands of Carl Friedrich Zöllner (1800-1860), we have a song more for the university singers. The clear emphasis on the elements (the water, the wheel, the stones) is lost and there’s more joy in just wandering. This isn’t the story of a journey man miller, but rather of a wandering group of students, singing as they travel. 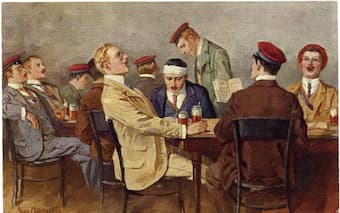 Zöllner was a German choral composer and director. In the mid-19th century, when a male-chorus movement took over choral singing in Germany, Zöllner became a leading figure. He founded choirs all over Germany and by 1859, he was directing some 20 singing societies. His collection of six songs from Wilhelm Müller’s poem cycle Die schöne Müllerin was issued as his Op. 6, under the title of Des Müllers Lust und Leid (The Miller’s Happiness and Sorrow).

Finally, transformed into a traditional folk song, we have this version that sets the song in rather a heroic style.

This again can be connected to the mid-19th century male choral movement – this concert choral music, not wandering around the countryside singing music.

Listening to these three different settings of the same text, Schubert’s from 1823, Zöllner’s from 1844, and the ‘traditional’ one from probably a bit later, we can hear how different approaches can make us hear the poem differently. Whereas Schubert’s setting emphasizes the nouns: the water, the stones, etc., the other settings emphasize the act of wandering.