Artists Behind the scenes
Cheeky Budding Conductors:
Podiums I Have Not Known
by Janet Horvath February 28th, 2013 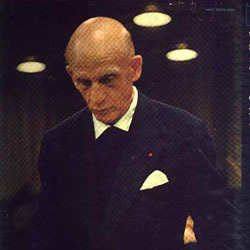 Arnold Rosenberg, Uncle Arnold, was a global citizen who relished all of the arts especially music. He rubbed shoulders with great artists and travelled widely in the days when world travel was an extraordinary undertaking. He became a music critic and a radio announcer and as such he wrote radio scripts. He was the host of programs that focused on chamber music and vocal and operatic productions. He related his adventures in voluminous letters, which were always full of life and quite entertaining to us jealous family members. In honor of his exploits and insights, we will present to Interlude readers some of his delightful stories.


CHEEKY BUDDING CONDUCTORS: PODIUMS I HAVE NOT KNOWN
by Arnold Rosenberg April 16, 1948

Shortly after I became a music critic for the local newspaper as a young man,
I was introduced to the eminent Greek conductor Dimitri Mitropoulos, Music Director of the Minneapolis Symphony from 1937-1949. He was a renowned interpreter of the works of Mahler, Tchaikovsky, Mussorgsky, and other late Romantic composers. This seemed to be a golden opportunity for me. I aspired to be an orchestral conductor and had been grooming myself for years to be a great maestro.

Patiently I had learned score after score. I practiced grimacing, scowling or ecstatically musing in from of a mirror. I conducted the greatest orchestras in the world with aplomb, albeit in front of my phonograph.

With Mitropoulos’ permission I used to spend hours at his rehearsals carefully noting each gesture and imitating them until the resemblance between me and Mitropoulos was startling, at least to me! The only difference between us, I was convinced, was our age and his baldness!

Daily, I stood in the wings spellbound, watching all the fascinating machinations of the great conductor. One afternoon, during an intermission, Mitropoulos approached me and asked why I preferred to stand in the wings rather than to take a seat in the auditorium where the acoustics were much better. 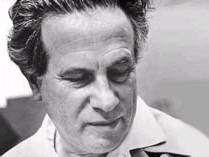 I confessed that I got so much pleasure watching him that I felt that the wings provided me with a far superior vantage point for studying his facial expressions! With that, he escorted me onto the stage, sat me right next to his podium and continued with the rehearsal. It turned out that it was the least comfortable seat in the house. The musicians wondered about the young interpolator.

Days later, after I recovered from my embarrassment, I returned to the auditorium, this time sitting on the main floor in the empty hall. The Maestro came out into the auditorium in order to hear the orchestral balance. Presuming that we were now on familiar ground, I thought it would be an excellent time to have a maestro-to-maestro chat. I thought of myself as an undiscovered Toscanini.

As he came by my seat, I took a deep breath and I stopped him.

“Maestro,” I said, “I am able to conduct Tchaikovsky’s Fifth Symphony.” This was the music Mitropoulos was rehearsing that day.
“Can you really?” replied Mitropoulos, to what no doubt he felt was a puerile statement.

“Oh yes,” I gushed. “I do it all the time in front of my phonograph.” He scowled in response. The Maestro and I are still friends but I never broached the subject of my conducting again.

Still I was undeterred. Some months later, the orchestra was rehearsing in the pit with Antál Dorati for the annual Russian ballet performances. He was then the Music Director of the Dallas Symphony. The music critic always had enviable advantages. I was able to sit right next to the first violin section in the pit and read the score over the fiddler’s shoulders. Dorati was putting the orchestra through its paces in Stravinsky’s thorny ballet Petrouchka.

I was quite carried away by the colorful music. Before I knew it, I began to beat time with one hand and cue instruments with the other. It was great fun, at least for me. (Audience members too, are frequently guilty of “assisting” the conductor, oblivious to the fact that it can be darn distracting for the musicians.) After the rehearsal I thought that Dorati gave me a pleasant nod as he left the hall.

A few years later I happened to run into Dorati while he was having lunch at a well-known hotel in New York. Surely Dorati would be more encouraging to me than Mitropoulos was, now that I had practiced more scores. I was looking more distinguished too. 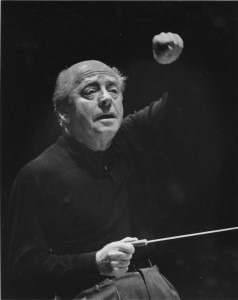 “Of course I remember you,” he snickered. “You are the boy who helped me conduct Petrouchka in Minneapolis.”

I thought, “Hmmm. Not even a compliment yet.”

More hearty souls than I have been utterly crushed by this type of indelicate treatment, but not me. I was completely intrepid. I would try again with another Maestro.

Ormandy was formal and reserved on the podium. I spent many hours with him while he prepared for his program. At the time I was suffering from a bad cold. Undaunted, I was there day after day. Ormandy, rightfully so, was in fear of catching the cold from me.

“Yes, I suppose….” he replied trying to be polite, “but you might not be able to do it my way…..” said Ormandy.

This sounded encouraging, I thought! After all there was precedent. Leonard Bernstein made his debut when Bruno Walter became indisposed. For the rest of the week I continued to exhale my germs onto Ormandy.

Much to my consternation, Ormandy succeeded in conducting the program. After the concert, I went backstage to bid Ormandy adieu. I can’t imagine why he was so furious, but as he talked to his friends and fans he kept shaking his fist at me while he sneezed and wheezed into the other.