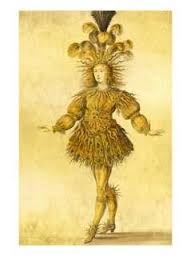 For countless centuries, monarchs, royalty and nobility carried cognomens, that is, nicknames appended either before or after their real names. Frequently these monikers made reference to various political achievements, like David II, King of Georgia “the Restorer,” Aimone of Savoy “the Peaceful,” or Duncan of Scotland “the Glorious.” On occasion, physical attributes serves as the inspiration, like Leopold IV, Duke of Austria “the Fat,” Gerard I, Prince of Piombino “the Deaf,” Godfrey IV, Duke of Lower Lorraine “the Hunchback,” Lambert, Count of Camerino “the Bald,” or in rather severe cases García Sánchez II of Pamplona “the Trembler,” or even Baldwin IV of Jerusalem “the Leper.” I am not entirely sure why Louis III, Prince of Condé was nicknamed “the Green Monkey,” but I was certainly eager to find out why Louis XIV of France, who held one of the longest reigns in European history, was called the “Sun King.”

The answer, surprisingly, has nothing to do with the longevity or the glory of his reign, but with his love for dancing ballet. In 1653 Louis XIV appeared in the final scene of Isaac Benserade’s Ballet de la nuit — with the music provided by Jean-Baptiste Lully — dressed as Apollo, god of the sun, and thus his nickname was born. Louis frequently danced in court ballets during the early half of his reign, performing roughly 80 roles in 40 major ballets. He danced in three Molière’s comédies-ballets, played an Egyptian in Le Mariage force in 1664, a Moorish gentleman in Le Sicilien in 1667, and both Neptune and Apollo in Les Amants magnifiques in 1670. Louis had always been a passionate dancer but he also played the lute and the guitar, and had a beautiful singing voice. He seemed to have inherited his musical talents from his father, Louis XIII, who not only sang and played the lute, but also choreographed Le ballet de la Merlaison, for which he even wrote the words and composed the music! 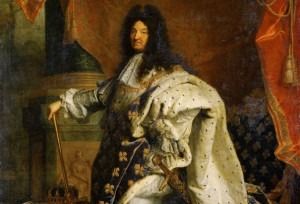 Once Louis XIV ascended to the throne, the Italian ballet master Jean-Baptiste Lully was brought to the French court to provide music for ballet and opera productions. Frequently, Louis would suggest a number of plots for Lully’s operas, and the composer always included preludes praising the monarch. Additionally, the preface of the published scores always included dedications to his patron. Louis hired the “24 Violons du Roi,” which quickly became one of Europe’s finest orchestras, and he also reformed his Chapel, recruiting four new composers, including Michel-Richard de Lalande. He established the Académies for dance, music, painting and sculpture, and his royal concerts featured the most distinguished musicians of his time, including François Couperin, Marin Marais, Michel Lambert or Robert de Visée. Over the course of four building campaigns, Louis XIV converted a hunting lodge built by his father into the spectacular Palace of Versailles. He hired various artists, builders, designers and landscape architects to accomplish this task, and Louis transferred his court there in 1682. Music soon influenced every aspect of life at Versailles. On regular weekdays, music was first heard during the King’s mass in the Royal Chapel. 30 singers and instrumentalists would perform several grand motets, while the priest, facing the altar, would say mass. These “Grand Motets,” frequently highly elaborate settings by Lalande, Colasse or Minoret would become almost operatic. As a result, they eventually were banned from the liturgical context and transferred to the concert hall. 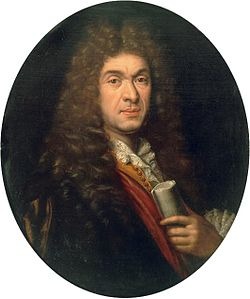 There was music during lunch — performed by a few instrumentalists and a couple of singers — and also in the afternoon, whether the king was walking the palace grounds or taking a boat ride on the Grand Canal. Three times a week, members of fashionable society and people of importance would gather in the State Apartments for private social gatherings known as soirées d’appartement. The king’s best composers and musicians would treat visitors to their latest compositions. Weddings, funerals, births, religious holidays and military victories provided further opportunities for impressive musical displays; sometimes with over three hundred musicians taking part. On the feast day of St. Louis, soloist, chorus and orchestra of the Académie Royale de Musique would be joined by the 24 Violons du Roi and the artists of the King’s Chamber to perform excerpts from operatic works praising Louis XIV. During his more than 72 years on the throne, Louis XIV created one of the most iconic and lavish Parisian structures, and his name will forever shine as one of the most magnificent patrons of the Arts.