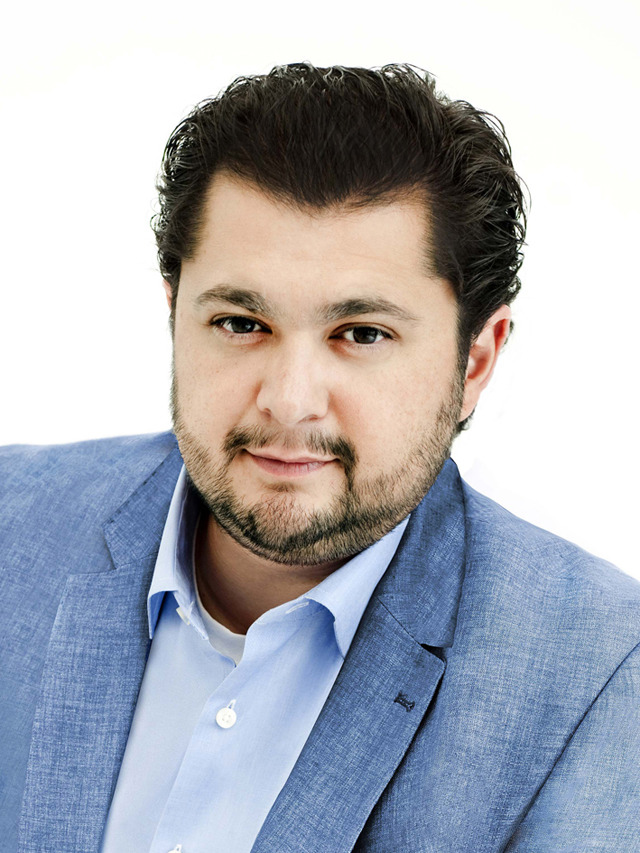 A significant development in the world of opera over the last few decades has been the emergence of new opportunities for young artists. Many opera houses now have Young Artist schemes, such as the Jette Parker programme at the Royal Opera House in London and the Lindemann Young Artist Development Programme at the Metropolitan Opera, New York. Such platforms present major opportunities for the world’s finest young singers to receive expert coaching and experience – though a bit of me wonders whether it is a way for opera houses to enlist their services at a cut down price.

Nevertheless, a major platform for rising opera stars on the London music scene is the Rosenblatt Recitals series at the Wigmore Hall. Founded by Ian Rosenblatt, Senior Partner at Rosenblatt solicitors, and now in its fourteenth season, the series has presented singers that have become household names (in the opera world at least) – Joseph Calleja, Juan Diego Flórez, Anna Caterina Antonacci and Irish soprano Ailish Tynan. The series represents a rare opportunity for such singers to be heard in recital, rather than on the opera stage, and in doing so raises the issue of how different the two arenas are. Recitals present a very different challenge for a singer, calling for a different sort of communication based on subtlety and small nuances of colour. There is no individual character around which to base one’s performance, no costumes – the singer has to negotiate the complex issue of representing a variety of protagonists, with their voice as their only communicative tool. Moreover, each singer has to construct their own recital programme, calling for great sensitivity and an ear for contrast and balance.

Happily, the first Rosenblatt Recital of the new season, given by Tenerife-born tenor Celso Albelo, demonstrated many of these attributes. Though Albelo demonstrated natural showmanship in ending his recital with blast of operatic favourites, he engaged the audience with a beautiful and subtle exploration of Spanish song. This is unfamiliar repertoire. Albelo opened songs by Turina and Ginastera, but we also heard music by composers Guastavino, Brandt, Penella, Vives and Lecuona. Significantly, not all of these were songs; Albelo made space in the programme for his pianist, the excellent Juan Fransisco Parra, to open the concert with the delicate Dedicatoria by Turina and Lecuona’s Danza de los Ñañigos. Parra’s soft touch was in evidence here, expertly presenting the many layers of the Lecuona in music much more complex than many of the accompaniments in front of him during the evening.

That is not to say that the songs themselves were dull. Indeed, Albelo’s decision to perfom many short, strophic songs (in which the same music is repeated to different text) obliged the performers to find great subtlety in simple music. The stillness that Albelo brought to Turina’s Los dos miedos (‘The Two Fears’) or Guastavino’s Ya me voy a retirar (‘I’m going to go away’) allowed the full resonance of the poetry. Yet not every song was in this vein; Albelo created a gradual shift to the world of bel canto through an exploration songs from the zarzuela tradition, and in the second verse of Penella’s Detén tu lado passo (‘Don’t take another step’) the intensity of Albelo’s repeated invocations to ‘Mitzilán’ anticipated the Donizetti and Verdi set pieces that closed the recital. It was in these works, including the famous arias Una furtive lagrima and La donna è mobile, and his encores È la solita storia and Ah! mes amis that Albelo demonstrated his true colours as a thrilling exponent of the Italian operatic tradition, his brilliant high notes and, perhaps as importantly, a rich low and middle register filling the Wigmore Hall. 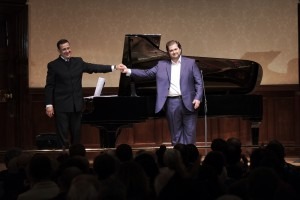 Such a recital places, as discussed, many demands on a singer that differ from operatic performance. Another key difference is the relationship with one’s audience. As opposed to a huge but almost invisible audience on the other side of an orchestra pit, the Wigmore Hall seats an audience of about 600 many of whom are within feet of the performers. Albelo dealt with the audience with gentle confidence, showing a degree of courage to begin his recital with a series of soft, slow items. Yet the pacing of his recital was superb, demonstrating a continual arch from those almost folk-like Spanish tunes to the urbane Verdi and Donizetti with which the recital ended.

The Rosenblatt Recitals offer a rare opportunity to see major operatic artists ‘up close’ in both physical and artistic terms. Long may they continue.