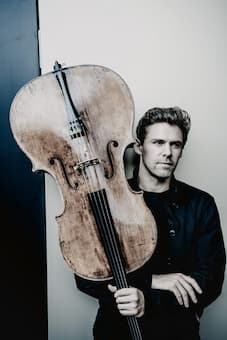 Described by Gramophone as ‘a master of his instrument and a musician of lyrical elegance and good taste’, French cellist Christian-Pierre La Marca talks to me from Paris where he is busy practising for his summer concerts. Originally from Aix-en-Provence, Christian made his professional debut there, and has performed all over the world, in halls in London, Berlin, Paris, Sydney, Tokyo and New York to name a few. His albums have garnered consistent critical acclaim, and his next album, Legacy, featuring works by Porpora, Haydn, and Mozart, will be released in 2023.

Me and my siblings were all learning the piano at home, and I remember when I was around 6, my parents said to me, ‘Maybe it’s time for you to do another instrument, just to have the experience. Why not a string instrument?’

And I remember it was in 1989, at the moment of the fall of the Berlin Wall, when Rostropovich played: I saw this guy playing cello and it was a big moment for me.

With the piano you push one sound and it stays. Of course there are a multitude of ways to play it, but with strings or wind instruments, you can produce a sound and control the ‘inside’ of the sound, and when I realised that I immediately fell in love with the cello. 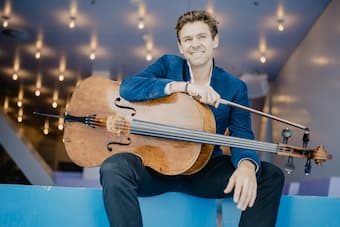 I went to some cello concerts and I decided to start cello because of that. From that point I just decided to try, and progressively [I knew] it would be an important part of my life.

Every person at every step is inspiring on different levels and different points, so it’s difficult to choose one. My first teacher was a really special person and was very passionate about the cello. He had so much love for the instrument and music.

When I was 13 I had to decide if I wanted go to Paris [to study], and that is a big decision when you’re a child. When I arrived in Paris very young I had to do everything to serve my technique and to improve. Music was the goal, of course, but […] every teacher at that point gave me the impulse to believe in it and improve.

I would say it’s a question of moments in my life. I always have these kinds of periods where I’m totally in love with one repertoire more than another, but I don’t have preferences. I think I am always trying to adapt myself and put the composer first, and then I try to really work in that direction, to serve as much as possible what I think is the language and the style, so I always tend to love the piece I play. Even some pieces which are very difficult at the beginning I learn to love.

I’ve learned some pieces but haven’t performed them [in public] yet. I’ve never played the Elgar concerto, which is very strange to me. But it will come! 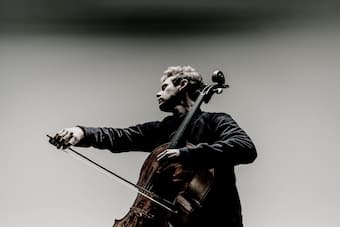 Legacy features Haydn’s famous cello concerto in relation to works by Porpora and Mozart. Does having recorded the Haydn alongside these other works change your relationship to this landmark piece?

Totally. It’s a totally new vision. It didn’t change the way I play in general, but I now know where Haydn comes from.

If you know that Haydn was the student of Porpora, and Porpora was teaching baroque music and was also a cellist and gambist – he wrote a lot for orchestra and obbligato cello or gamba – it already creates a link to the cello, and the story is there.

Porpora’s style is very singing, for example, and then Haydn goes to the next level. It’s the first time someone wrote concertos with this level of expression.

I’m sorry that I’ll sound so French, but I really love to cook. It’s very interesting, and it does affect my playing in way. It’s all a question of proportions, how much salt and pepper you put in a dish, for example. Sometimes just a few things more are too much.

I also really love gardening. I don’t garden regularly but I like the contact with nature. It’s a way for me to totally disconnect.